It could have been so different for Brendan Rodgers. The Northern Irish coach could have been sat on his sofa on Thursday night, with his feet up, safe in the knowledge his Manchester United team had won their Champions League group. Instead, he was trudging off the pitch at the Diego Armando Maradona Stadium having seen his Leicester City side knocked out of the Europa League, after a thrilling 3-2 loss to Napoli. There is a third way in this scenario though, one that would have seen Rodgers preparing to face the Foxes on Sunday afternoon.

Rodgers was heavily linked with a switch to Newcastle United earlier this season. Once the Saudi Public Investment Fund had completed their takeover at St James’ Park, and Steve Bruce’s predictable sacking had taken place, the Magpies needed a manager. The club’s decision-makers, led by Amanda Staveley and chairman Yasir Al-Rumayyan, were rumoured to be considering Rodgers for the vacated managerial position.

The speculation was rife, to the point Rodgers himself played it down and re-asserted his commitment to Leicester. The former Liverpool boss handled the situation admirably, but he might have actually been better off heading north. The Foxes have just three wins from their last 10 Premier League games, sit 11th in the table, and have now dropped down to Europe’s tertiary continental cup. It’s a deep decline for last season’s FA Cup winners, who have been on the cusp of a Champions League place for the last two seasons.

Rodgers had been mentioned as a possible replacement for Ole Gunnar Solskjaer at Manchester United, but that window is surely closing. With Ralf Rangnick in the hot seat until the summer, it would take some turnaround at the King Power for Rodgers to re-enter the running for the Old Trafford job. 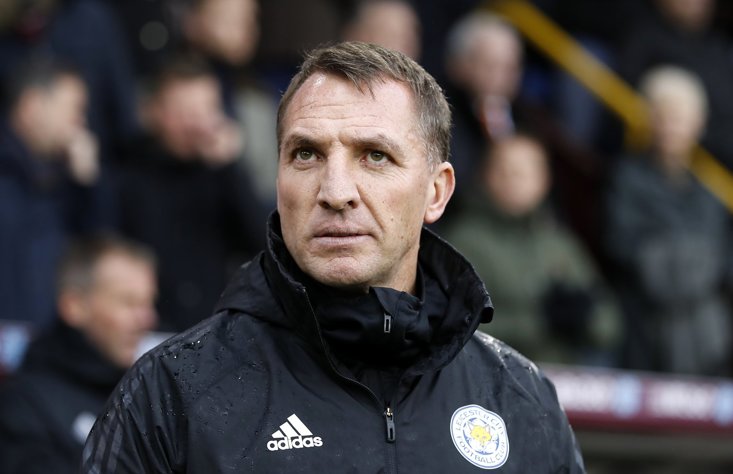 What Leicester are currently experiencing is a natural part of football. Rodgers is heading towards three years in the job, a lifetime in the fast-moving modern game, and it seems like his ideas have stopped getting through to the players. It happens, and it does not make him a bad coach. It is not even a new phenomenon at this particular club. Claudio Ranieri won the Premier League title with the Foxes, and was sacked in the February of the following season when his methods were failing to inspire a group of players who had reached their peak. After the Champions League near-misses, and the cathartic FA Cup triumph, this current Leicester regime has perhaps just reached its natural end-point.

While Leicester are reaching the end of their cycle, Newcastle are just starting theirs. They may well remain mired in the relegation places, but they are only three points from safety. What’s more, there is practically an endless pot of money with which to remedy the situation. Such a war chest would appeal to any manager, and the on-pitch desires of the Saudi ownership may have also suited Rodgers. The appointment of Eddie Howe, who espouses a similar possession-based philosophy, is an indication of that.

Rodgers could have built a team in his own image, with greater riches with which to do so than he has had at any club. Even at Liverpool, he could not compete financially with what is sat in the Newcastle transfer kitty. With Leicester experiencing a difficult season, nobody could blame Rodgers for looking enviously at Howe. The Newcastle job won’t be easy by any measure, and the former Bournemouth head coach has his work cut out. But Rodgers’ current situation isn’t easy either, and he has far less money with which to change it.

He acted responsibly in shutting down talk of a move to St James’ Park, but he may now wish he had not been so quick to dismiss a move to the North East.