Rugby League
News
There are plenty of individual awards still to be handed out in this season's Super League
Kris Voakes
08:00, 10 Aug 2022

St Helens are the front runners to end the season with the League Leaders’ Shield, Leeds Rhinos are making a late run for serious consideration in the play-off shake-up, Salford Red Devils are the outside shot for a surprise top-six berth, and Wakefield Trinity and Toulouse Olympique are set to go to the wire in the battle to avoid relegation.

But while there’s all sorts still up for grabs in the final five rounds of the Betfred Super League season for the 12 clubs involved, there are plenty of players awards still to be secured too.

Bevan French’s recent seven-try haul against Hull FC has helped to send the Wigan Warriors winger clear at the top of the try scorers’ charts. The Australian sits two scores ahead of Salford’s Ken Sio with 24 tries to date, while team-mates Liam Marshall and Jai Field are on the rails with 18.

Hull FC’s Jake Connor has a healthy lead in the try assists’ chart, with 29 to his name thus far despite the Airlie Birds struggling to make any headway in the race for a top-six spot. 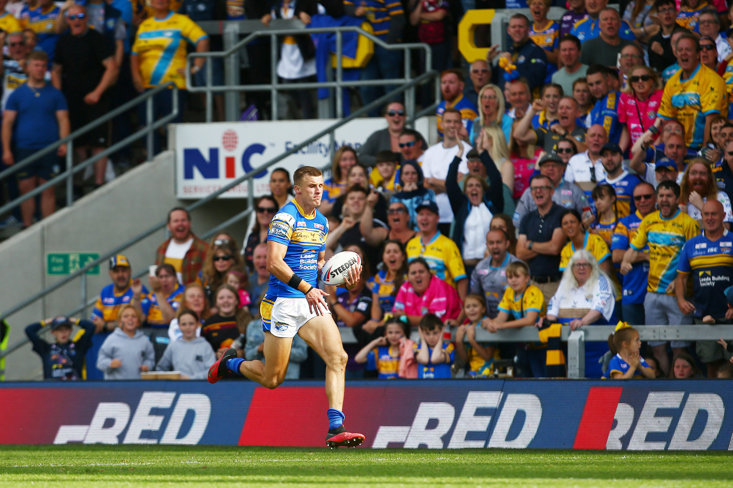 ASH HANDLEY IS CLEAR IN TERMS OF METRES MADE

Ash Handley’s interception try in Leeds’ huge win over Salford in Round 22 helped to extend his lead at the top of the metre-makers’ list. The Rhinos star is the only player so far this season to cover over 3000 metres.

While bottom-placed Toulouse would love to be in a position to sit at the top of any list, their utility back Tony Gigot is at least the leading 40/20 kicker in Super League XXVII. His seven efforts are almost twice as many as any other player in the league has managed.

Sneeeeeeyd! One of Salford’s key weapons in their surprising challenge for a play-off place has been the left boot of half-back Mark Sneyd. He has slotted 75 goals so far, putting him just ahead of Leeds’ Rhyse Martin and Wigan’s Harry Smith going into the final five weeks of the campaign.

All stats supplied by Opta