When Leeds travel to Burnley this weekend, the game represents more than just a match-up of two teams still looking for their first win of the season. It is also a philosophical chess match between perhaps the two most conflicting managers in the Premier League. The high-octane, attacking whirlwind of Marcelo Bielsa meets the pragmatic, two-banks-of-four traditionalism of Sean Dyche.

In head-to-head battles, the fire of Bielsa has melted the ice of Dyche. The corresponding fixture last season saw Leeds run riot in a 4-0 victory at Turf Moor. Jack Harrison and Rodrigo lit up the Lancashire turf in a majestic display, bagging a goal and an assist, and a brace respectively. The reverse fixture earlier in the season was closer, and more ill-tempered. The Whites won 1-0 by virtue of a Patrick Bamford penalty, and Dyche directed his vitriol at the officials after a disappointing afternoon at Elland Road.

Despite the bitterness at that result, when asked about his polar opposite, the Burnley manager has been effusive in his praise. Speaking in a press conference last season, Dyche said, “I think he has done an absolutely fantastic job. He quite clearly has a style that he stands by, he quite clearly has motivated the players both last season and this season to do the job and do it they have, that’s for sure.”

Despite their opposing views over how the game of football should be played, both men seem to share a deep respect over how uncompromising their counterpart is in their style. Bielsa spoke about the Englishman in very similar terms to how Dyche addressed his work, remarking, “Burnley is an example that when things don't go as desired, the base of the way the team are playing should not change. It's better to improve the parts of the function of the team that are not working well.” 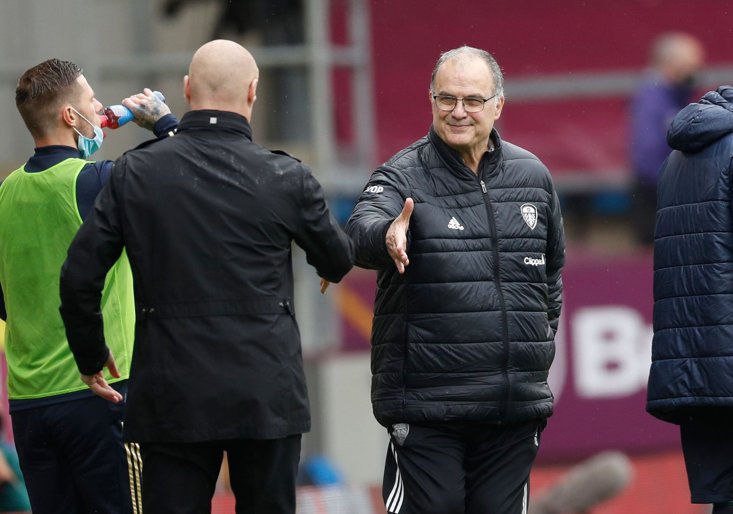 In an era of emphasis on having a ‘Plan B’, where even the top teams constantly tinker and adapt their approach, Burnley and Leeds may share more common ground than they realise. For better or worse, the managers of both clubs will not relent on their footballing philosophy. Burnley played 4-4-2 without fail last season, a strategy Dyche has largely opted for since the club were promoted to the Premier League.

This well-drilled approach has yielded some of The Clarets’ greatest recent successes, including a seventh placed league finish in 2017-18. While last season the strategy did not pay dividends, Burnley dropped to 17th, Dyche has stuck to his principles. This is the way his players know how to play, and the manager will look to make the kind of marginal improvements Bielsa advocated, rather than pivoting to a completely different style.

Leeds have similarly lived and died by the sword in their opening two league games. They paid the price for their attacking exuberance at Old Trafford on the opening day, suffering a 5-1 destruction at the hands of Manchester United. Leeds followed this up with a 2-2 draw against an Everton side who had impressed in their victory over Southampton the previous week.

Today’s game is sure to be a clash of styles. While it is reductive to call any game a case of attack against defence, Leeds’ high-pressing approach against Burnley’s deep-lying pragmatism is as close as you are likely to find. A battle of two managers who fiercely believe in their principles, and whose ideas of the game could not be more opposed. But Marcelo Bielsa and Sean Dyche share an honest and deep respect for each other.