Boxing
News
The former heavyweight is busier than ever after investing in property and running his own heating business
Dom McGuinness
13:05, 01 Mar 2022

There was a time when David Price was smashing through opponents like a one-man demolition squad; but while the boxing world gears up for two stellar world heavyweight title fights, these days the big genial scouser is more interested in new-builds than knockdowns.

The 38-year-old retired from the ring late last year after a career that spanned Olympic bronze medal for Team GB in Beijing 2008, to British and Commonwealth titles earned in the professional ranks. With better luck, things could have worked out differently for a man who was tipped to rule the world.

Not that ‘Pricey’ is bitter – far from it. The bright lights of fight nights have faded, but he is busier than ever after investing in property and running his own heating business.

“It’s about improving insulation, green energy, that type of thing. It’s going to be a massive industry over the next 25years,” he explained.  “I’m probably in the right place at the right time. It’s quite stringent, lots of paperwork, but I’m enjoying it. I’m going to be a non-boxer a lot longer than a boxer, so getting into something like this now feels like I’m doing the right thing. I’m hoping to grow over the next five years.

“I’m just running it, setting jobs up. I’m not getting me hands dirty, but I would if need be! Some of the properties we’re renovating – I’ll have a go at it. But it’s hard work when you’re not used to it! I’m just used to training, but physical labour is tough.

“But I’m enjoying it, it’s keeping me busy. Every morning I’m up, on the phone, checking emails. There’s always something happening, and before you know it, the day’s done. That’s important for me – to keep busy. Really important. Boredom kills you.”

Many boxers struggle with life after their professional careers - the structure, discipline and purpose has gone, leaving them lost, without focus and often in financial dire straits. Issues like mental health have come to the fore in recent years, but it is still a huge problem.

Thankfully, Pricey was aware of the pitfalls and did put plans in place.

“I always had in my head, ‘what are you going to do after boxing?’ You hit a point where you know you’re not going to make millions, so I needed to plan,” he said.

“When I was younger and getting paid for fights, I didn’t know what to do. I just spent the money on shite. Before I went full-time in boxing, I was a central-heating engineer. I was fortunate in having a bit of a background in it. 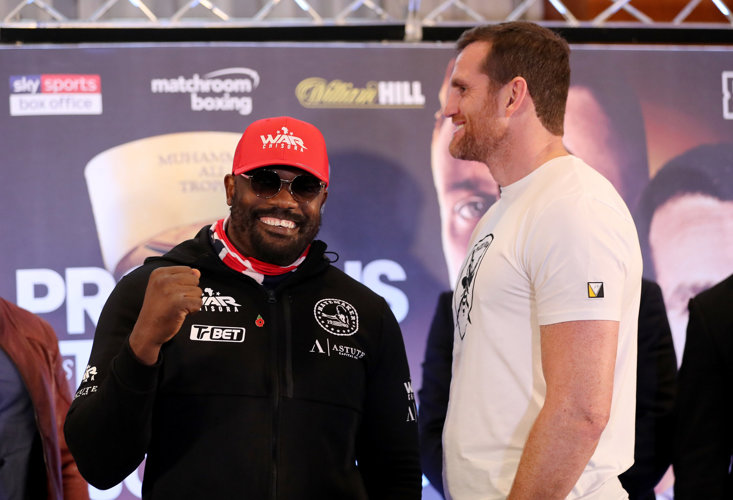 “After the [Derek] Chisora fight [4th round TKO defeat in his last fight in 2019], it was at that moment that I realised I had to start looking at something else. Luckily, I’d invested in a bit of property and then I kind of fell into what I’m doing now.”

Working in the heating business makes sense for a man who was THE hottest property in boxing during a period when all the talk was about a potential showdown with Tyson Fury. The pair met in the amateurs with Price coming out on top, and the rivalry was bubbling nicely when both were blitzing opponents a decade ago.

The ‘Gypsy King’ has gone on to rule the world, while his old rival’s pro career did not scale the same heights. Back-to-back defeats in 2013 to Tony Thompson – who was subsequently found to have been doping – had a devastating impact on Price’s career.

Even so, as recently as late 2017, Fury was still chasing his old nemesis with a series of tweets calling out his old rival and regurgitating the ‘big stiff plumber’ line. It’s fair to say the response from Price was gold – ‘Tyson, I'm the last (and only) Englishman to beat you! I know deep down you still want revenge. Now if you don't mind, I'm fitting an ensuite.’

It was all good stuff and Pricey was happy at the time to reignite the rivalry. Ultimately, the fight didn’t materialise and these days there’s nothing but respect between the two, even if Fury’s barbs were slightly off-kilter.

“I was never a plumber!’ said Price. “I couldn’t plumb a bathroom or kitchen. I just used to do radiators and boilers! But it’s not a bad gig being a plumber – the money we pay them anyway!” 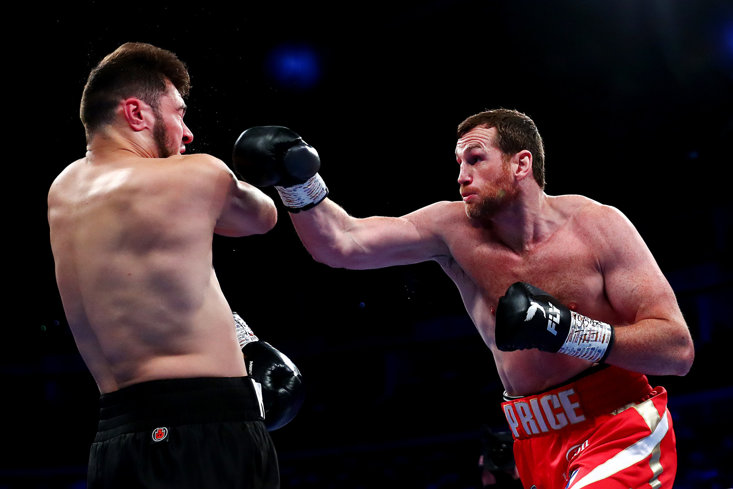 Not every boxing story has a happy ending, but life is good for one of the most affable fighters to grace the sport. Married to Jade and with two kids at secondary school, the future is bright.

“I remember when I didn’t have a promoter, I didn’t know when I’d have a fight and I ended up frustrated. It affected me mentally. Loads of fighters go through that. I’d never been through that.

“Me missus said to me that when I was in training camps, the fatigue and lack of energy, me moods would be low. My mind would go negative. That’s the life of a boxer a lot of the time. In the past I was willing to go through it for the money and the potential of glory. When the glory was gone, I was like, ‘I’m not doing it no more’. I’ve got so much more energy, I’m busy – it’s all good.”