The second half of Judgement Day live on The Sportsman saw some excellent action as eight more players booked their place at the Crucible for the 2021 Betfred World Snooker Championship.

A brilliant performance from Gary Wilson saw him through as the first victor of the day, with the former semi-finalist beating Steven Hallworth 10-3 to secure his third appearance on the main stage. The cueman from Wallsend was glad to get a much-needed confidence boost saying, "I'm just relieved. I've felt so nervous the last couple of days and it's not like me normally. I've just felt so desperate to get back. It means everything, I've had a very tough year and I just want to end the season on a high note."

2013 semi-finalist Ricky Walden sealed his place in the First Round draw with a 10-5 victory over Ryan Day. The man from Chester, who will be making his eighth appearance at the Crucible, said, "I'm really pleased, that's as tough a draw as you're going to get. Ryan's different class and I had to be on my game all day. I'm playing good in general, I just need a bit of confidence at the venues."

Elsewhere, The Captain is back! Double Crucible finalist Ali Carter landed his spot in tomorrow’s draw with a 10-4 victory over Switzerland's Alexander Ursenbacher. The 41-year-old from Colchester said, "I was solid all day today, my temperament was good and I played very good match snooker. I'm delighted to be in the draw tomorrow, it's just relief really." 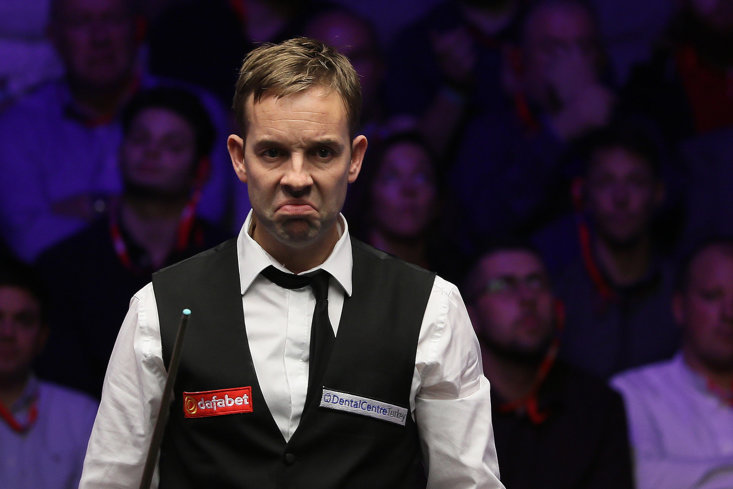 A professional performance from Stuart Bingham saw the 2015 World Champion safely progress to the main draw after a commanding 10-5 win over Belgium’s Luca Brecel, which included two breaks of 140. "I'm so happy to get through and finish the season at The Crucible, I can't wait,” said Bingham. “These two matches have kept me really sharp, it'll be weird coming out of the draw to face a seed, it's going to be tough." The 44-year-old will be a nightmare draw for anyone on the main stage.

Martin Gould reeled off a whopping eight consecutive frames from 5-2 down to defeat Bai Langing 10-5 for a place in the World Championship. Gould, who dedicated the win to his late grandfather, said, "This evening I just said to myself I've got to go out there and do what I've been doing on the practice table for the last few weeks, and it came out. It was nice to know it was in the locker. You define your season on qualifying for the World Championship."

Chris Wakelin clinched his second appearance at the World Championships closing out a 10-7 win over Xiao Guodong. Wakelin told Rob Walker after the match, “I've been working so hard the last few months and I'm just delighted I can do myself justice."

There was a lot at stake in the battle of the rookies between Mark Joyce and Igor Figueiredo, and it was the man from Walsall who will now make his maiden appearance at the Crucible after beating the South American 10-7 in a compelling match in Sheffield. The World Championship debutant said after the win, "I'm delighted to finally get there. I've got to the final day a few times before but I didn't believe in myself - I'm a different player now. I know the ability's there, you just get it in your head, it's more of a mental hurdle."

Fittingly, with the final match of the qualifiers, we were treated to the first decider as Zhao Xintong went the distance with Sam Craigie. It was Craigie who ultimately secured a dream debut appearance in the World Championship after a nail-biting 10-9 victory. The 27-year-old said, "I'm over the moon and I'm glad with the way I've held myself together in the last frame. It's been my B and C game in all three games so to get over the line is brilliant."

The draw for the main stage will be made at 11am on Thursday April 15.