A grateful Stuart Bingham is looking to cash in on Mark Allen’s dramatic withdrawal from the Champion of Champions. Former world champion Bingham, 45, was handed a golden ticket to the prestigious tournament when defending champion Allen was forced to pull out.

Recent Northern Ireland Open winner Allen, 35, is plagued by off-table problems having declared himself bankrupt, and is currently mired in legal proceedings for divorce and child support. And when he opted not to compete there was a late call-up for Bingham, with a message from Allen saying: "You’re welcome."

The gift, though, could yet prove to be a poisoned chalice as Bingham has been put in the Group of Death with Ronnie O’Sullivan, John Higgins and Ding Junhui. Ahead of an opening match in Bolton against six-time world champion O’Sullivan, world No13 Bingham said: “There have been some things mentioned in public about Mark. But none of us know the exact details of what he is dealing with. It’s unfortunate he had to withdraw, and I suppose I just have to try to take the chance with both hands.

“For any defending champion to withdraw from an event for personal reasons…only he knows the real reason. I was surprised, and it will be great to see him back soon at the UK.

“But he also messaged me, texting ‘You’re welcome.’ At first I didn’t fully understand what he meant. And he just wished me good luck and told me to take the opportunity.

ALLEN MAY BE FORCED TO QUIT SNOOKER 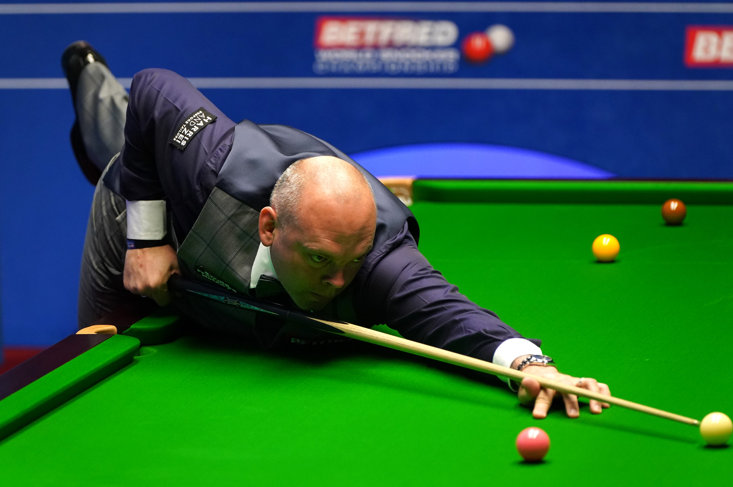 BINGHAM IS IN THE GROUP OF DEATH IN BOLTON

“So in our group there is Ronnie, me and Ding who have all got in off the rankings without winning something. It is a massive bonus for me to be in the tournament. I have got in from fourth off the ranking list of alternatives with only 12 winners.

“I haven’t lifted a trophy, so I have nothing to lose and can just enjoy it – even a first match against Ronnie. I know it’s all a bit different this year, with shiny polo shirts with your name on the back. They push the boundaries in this tournament and try to be more modern.

“I was keeping a very close eye on the situation for the Champion of Champions, as it’s a great event to be a part of. Once Mark withdrew I knew Mark King and Luca Brecel could have knocked me out by winning the English Open, and when Kingy beat Judd Trump I feared the worst.

“But Neil Robertson helped me out as well by beating Mark in those semi-finals. It hasn’t gone totally to plan this season for me, I haven’t gone deep in anything and got beaten in qualifiers for Germany and the European Masters. My confidence took a dip, not helped by the stop-start nature of the season so far. So it would be great to make the most of this bit of luck.”

Oddly it is not the first time that Bingham has expressed gratitude towards Allen. The pair are on friendly terms these days – but that was not always the case after a bitter fall-out that grew into a full-scale but since-resolved feud.

Antrim’s Allen claimed before the pair clashed in an Australian Open quarter-final in 2011 that Bingham had “no bottle”. That led to Bingham responding at the time that Allen was “an idiot”.

So it gave the Essex pro huge satisfaction when not only did he beat his rival to reach the semi-finals Down Under, but then went on the lift the trophy for a first career ranking title. 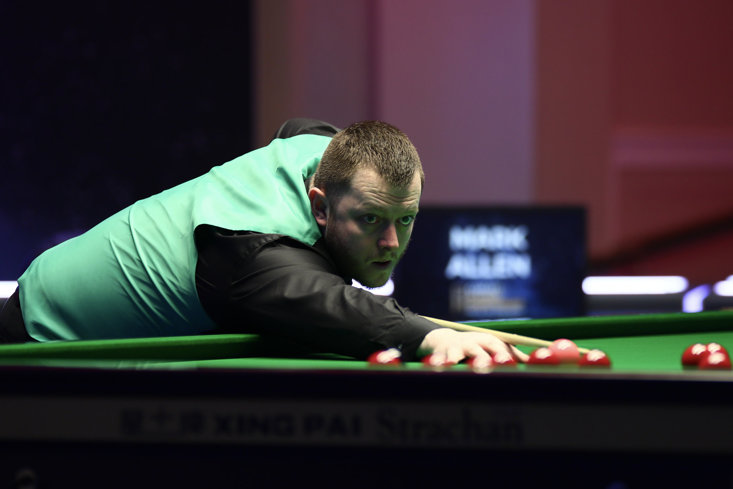 But that was really just the start for Bingham, who has gone on to win a total of six ranking titles and the Masters – his most notable success coming in a sensational run at the Crucible to win the Betfred World Championship in 2015.

To his credit Allen immediately went public, acknowledging he had got it badly wrong about Bingham, who beat three title favourites in a row that year in Sheffield – Ronnie O’Sullivan, Judd Trump and Shaun Murphy – to pull off his stunning triumph.

Allen said in 2015: “I said Stuart Bingham had not bottle four years ago – I was wrong. Massive well done to him, that was a great performance under the most intense pressure.”

And as he held the world trophy Bingham thanked the Northern Irishman, insisting that the jibe in 2011 gave him the extra spur and edge to go on and become a serial winner – including on snooker’s biggest stage.

He said in the immediate aftermath of fulfilling a lifelong dream and clutching a cheque for £300,000: “Thanks to Mark Allen! He said I had no bottle, and since then things have changed.”

Bingham will need to draw on those reserves of courage, not to mention his renowned heavy scoring against O’Sullivan on Thursday afternoon.

And it will be interesting to see how the Rocket reacts after a broadside from Judd Trump earlier in the week. Trump claimed he had lost his belief and his aura, that players were no longer afraid of him, and that he “couldn’t win a title to save his life”. O’Sullivan lost all five finals he contested last season.