Football
News
The pair face off in the play-off finals in equally healthy positions
Simon Lillicrap
06:55, 30 May 2021

“I went away to North Ferriby and climbed a tree inside the ground to get a decent view of the action!”

It has been quite some journey for both clubs ahead of the League One play-off final on Sunday afternoon. The famous green grass of Wembley will be the stage for two sides who have been on incredible, but very different, journeys to make it this far.

Blackpool and Lincoln City are two resurgent sides who have thrilled League One this season, but it has been a long time coming for those on the coast.

Having suffered through years of mismanagement and poor ownership from the Oyston family, which included court cases, mass boycotts, two relegations and regular protests, Blackpool were finally sold in 2019 to Simon Sadler. Oyston’s exit provoked tears of joy and fans returned in their masses.

Christine Seddon, Chair of the Blackpool Supporters’ Trust, was pivotal in the change that happened around the club and she says that life at Bloomfield Road now couldn’t be more different than the way things were during the Oyston era.

“We have literally gone from one extreme to another - from the worst possible owners to one of the best,” Seddon tells The Sportsman.

“In Simon Sadler, we have someone who is genuinely a local lad who has supported Blackpool since he was at school and who wants to invest in and support the town he was brought up in by developing the football club and its links to the community.

“Simon and the board understand the lengths that Blackpool fans went to in our campaign to save the club and show real respect for us, as well as listening, communicating and involving us in the rebuilding of the club.” 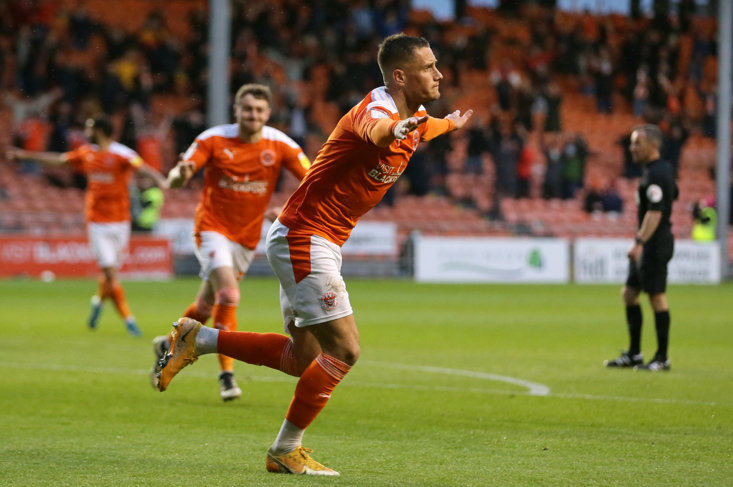 THERE IS A GREAT FEELING BACK AROUND BLACKPOOL'S FOOTBALL

Blackpool, who were in the Premier League just 10 years ago, have struggled to find their footing. But now, with things off the pitch in good hands, the fans have been able to fall back in love with their club.

“Fans have reconnected with the club again and even though we've had to miss yet another season of football inside Bloomfield Road, the attitude of fans toward the club is very different,” Seddon adds.

“We have a squad of 200 volunteers who willingly give their time to clean seats, paint steps, do gardening and a host of other tasks which help them to rekindle their relationship with the club whilst giving practical help to the club which is very much appreciated.

“The atmosphere at the second leg of the play-off semi was out of this world.”

If Blackpool’s recent history has been turbulent to say the least, Lincoln’s rapid rise from non-league has been inexorable. In 2017 they were in the National League, four years on and they find themselves 90 minutes from the Championship.

“The ownership of the club has to be the first driving factor,” StaceyWestBlog told us. “Since the National League we’ve seen plenty of players come and go, same with coaching staff and even the management, but the club owners, Clive Nates in particular, are a constant.

“That said, Michael Appleton and his staff have been incredible, because there is no job tougher in football than taking over a successful team. When Michael came in, we were in our highest position for 40 years, how on earth do you improve on that?

“He stripped back the playing staff, changed the style and has delivered an even better season than some of those before. Incredible really, replacing the most successful manager in a generation with someone equally as exciting and yet a polar opposite in terms of personality, management style and footballing philosophy.

“Finally, I have to mention the players. When the whistle goes you can have great owners and a good manager, but there’s only 11 people that your success rests with. This season, we’ve been blessed with some wonderful players.” 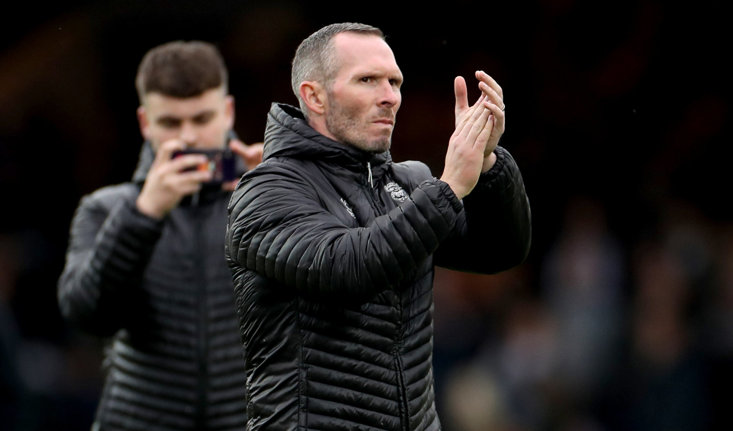 MICHAEL APPLETON HAS BEEN A GREAT SUCCESS AT LINCOLN

Lincoln made a blistering start to this season having finished 16th last term as the club got to grips with the departure of influential manager Danny Cowley. However, a place at Wembley marks startling progress over the last five years.

“In the context of a single season, I think we deserve to be here and as you get carried through a campaign you come to expect certain outcomes, one of which was a top-six finish for us. In that respect, it feels perfectly normal to be in the final at this stage of the season, especially after leading the table for so long. Of course, when you step back and look at the last five years, things become a bit more incredible and almost unbelievable.

“It is just over four years since I went away to North Ferriby and climbed a tree inside the ground to get a decent view of the action, and yet here we are, one game from going to the likes of Forest, Fulham and West Brom as equals. I haven’t been to those grounds with Lincoln in league action, but as I recall, you don’t have to climb a tree to see the game.”

Whoever comes out on top on Sunday afternoon, both of these clubs are in safe hands moving forward.