Erik ten Hag missed out on leaving a parting gift for Ajax ahead of his reported move to Manchester United after his side suffered a 2-1 defeat against PSV Eindhoven in the KNVB Cup final at De Kuip on Sunday.

United fans are eagerly awaiting the official announcement of their new manager after a bleak season in which things, like for much of the last decade, haven’t exactly gone according to plan.

The Premier League club could reveal the news this week and supporters will have paid attention to Ajax’s result from the weekend. As reigning champions and Eredivisie leaders, Ten Hag’s side were expected to claim the double in what would have been the perfect goodbye from the Dutch coach to the Eredivisie giants after a memorable five-year reign.

His side went ahead in the final through rising star Ryan Gravenberch and they thought they had doubled their lead when Noussair Mazraoui found the back of the net, only for VAR to overturn it. This set-up the winds of change on the game which saw it flipped on its head. Two quick-fire goals from PSV early in the second half, courtesy of Erick Gutierrez and Cody Gakpo, completed the comeback and Ten Hag could not find a response.

People were perplexed by his decision to leave top goalscorer Sebastien Haller on the bench for the crunch match and their usual first-choice goalkeeper Andre Onana was omitted from the squad completely due to rows regarding his fitness levels - which will at least give hope for United fans that their new leader will not tolerate anything less than what he demands from his players. However, for these bold calls, blame for their cup final defeat will lie at Ten Hag’s door.

In the surprising manner in which the game changed so quickly, many felt that the 52-year-old’s mind was in Manchester as the coverage of the intricate details of his switch to Manchester United dominated news outlets. After the defeat, he would not be drawn into questions on his move to England, which is not only respectful to his current employers, but it is a case of a broken record and he will be tired of the same questions - particularly when it is pretty much common knowledge that he will be in the English top-flight next season. 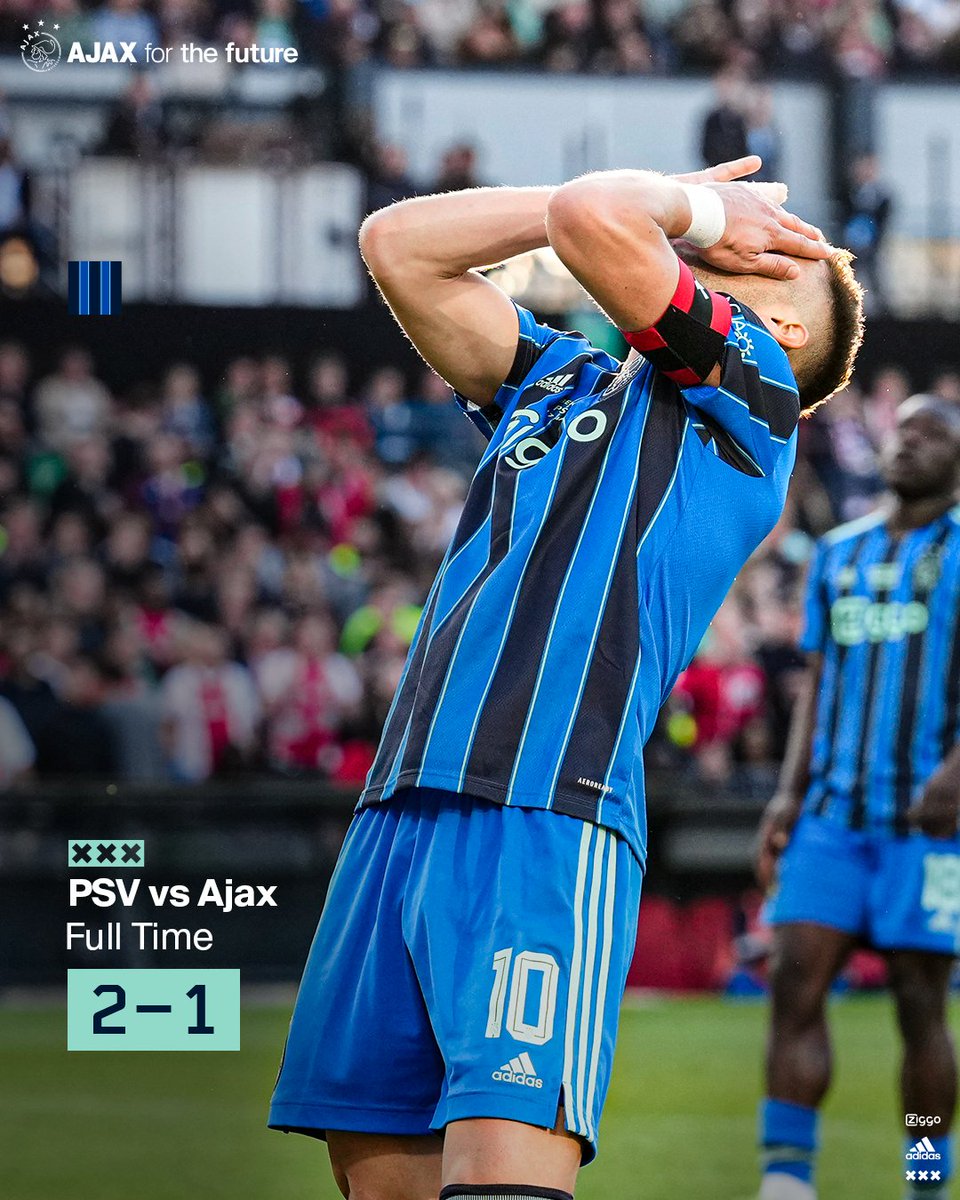 It does not take away the fact that he made some mistakes in his selections for the final. By missing out on the Dutch Cup, he has missed the opportunity to show his new club what they’ll be getting in his management style, which has largely involved winning trophies, and it would have provided the Old Trafford faithful with a lift before confirmation of his appointment is revealed.

Now, his and his team’s sole focus will be ensuring that they stay on task and retain the Eredivisie title to ensure he can still leave the Dutch capital with a fitting and memorable leaving present to help cushion the heartbreak of him moving on to pastures new.

Elsewhere in Europe this weekend, in La Liga, Karim Benzema’s fine form in front of goal continued as he popped up with a 92nd-minute winner to complete an astonishing comeback against third-placed Sevilla from 2-0 down at Ramon Sanchez Pizjuan. The Frenchman has been a man-possessed in all competitions this year. Ever since Cristiano Ronaldo's departure from the Bernabeu, Benzema has filled the void left by the Portuguese superstar with aplomb. The 34-year-old has now scored 126 goals for Los Blancos since the start of the 2018-19 season and his winner against Sevilla was his 39th of the 2021-22 campaign.

Another interesting story from Spain over the weekend was the incredible milestone Athletic Club’s Inaki Williams recorded. The striker made his 227th consecutive La Liga appearance in a run that started back in April 2016. Not only is it a rarity in the game today, but a testament to the skill and character that Williams has displayed these last six years to make himself so dependable and undroppable for Los Leones.

In the other major European leagues, both Paris Saint-Germain and Bayern Munich took giant strides towards claiming the Ligue 1 and Bundesliga titles respectively. PSG ran out as 2-1 winners over second-placed Marseille, thanks to goals from Neymar and Kylian Mbappe. It was only a few weeks ago that Neymar, along with Lionel Messi, were subjected to boos from the supporters after they bowed out of the Champions League to Real Madrid.

Neymar has clearly risen above this as his form in recent weeks has been excellent. In his last three league games he has scored six and assisted once, silencing his critics and helping his side get one step closer to reclaiming the title by increasing their gap at the top to 15 points.

For Bayern, they came up with the perfect response after their Champions League conquest came to an end against Villarreal. Away at Arminia Bielefeld, Julian Nagelsmann’s men ran out as 3-1 winners, thanks to an own goal and efforts from Serge Gnabry and Jamal Musiala. Although Borussia Dortmund thrashed Wolfsburg 6-1, Bayern still hold a nine-point lead over their rivals with just four games left to play.