Boxing
News
The promoter is a boxing legend but when it comes to PPV and rematches, he's wrong
Ross Brown
10:18, 08 Oct 2020

Bob Arum is at it again. The man who has made a lengthy career whacking people around the head with his angry stick has taken a big swipe at Eddie Hearn and Sky TV. What’s annoyed him today? Rematch clauses and Pay Per View fights.

Arum is no stranger to controversy. From Don King to Floyd Mayweather, the eighty-eight year-old has spent nearly five decades battling it out with fighters and promoters alike, and he’s bloody good at it. A trained attorney who took up boxing promotion after watching Ali, there was a time throughout the 80s when the line, “Bob Arum is on line one” would have induced mild heart attacks in most of his rivals. Intelligent, shrewd and ruthless, Arum’s place within the International Boxing Hall Of Fame is fully deserved and the bright lights of boxing today are a result of the hard work he has put in over the years. But this time, Bob is wrong.

Rematches are not just part of the modern fight game, they are vital to the longevity of top-tier fighters who, let’s be honest, are the ones bringing in the global eyeballs and the money. The best fighters in the world right now - sorry Bob - hail from this tiny little Island, but no matter how good they are, fighters like Fury and Joshua still have a huge internal task of drawing eyeballs away from football. Which means we have to protect the big draws. If AJ goes down to a big lad in a sombrero, we want to see it again, just to make sure it was a fluke. Same with Wilder and Fury. And if Dillian Whyte finally gets a fight, only to walk into an uppercut, we want to see him in action again, and soon, not in another five years. Rematches keep the fire alive, they keep the sport alive and the approach, ‘there will be a winner, there will be a loser and if they want a rematch down the road that’s up them’ feels out of synch with what boxing fan’s demand today. 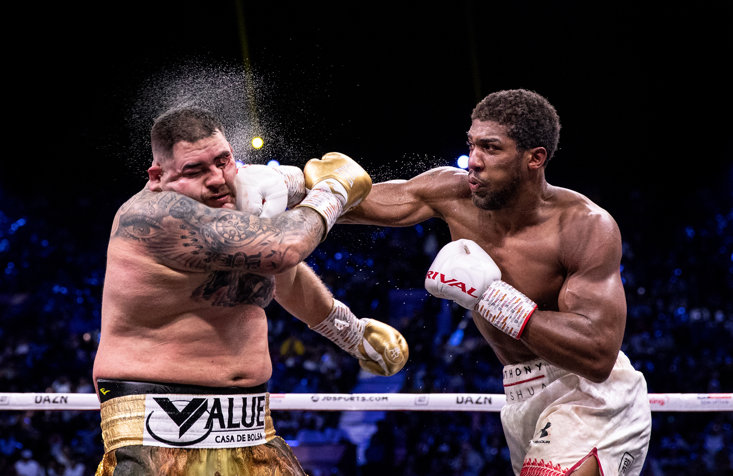 But it’s PPV where Arum’s lost the plot. First, the entire concept of PPV was sold to us by America, so it’s a bit rich complaining about it now. Secondly, we are in the grip of a global pandemic, and the world is somewhat short of sport. Fans need to be entertained and, more importantly, fighters need to feed their families. Some, like Hearn with his trusty back-garden boxing ring and Dana White, with his UFC Abu Dhabi Fight Island, have tackled the problem head on and delivered in spades. It’s not been easy for anyone, but if there’s one thing the British public appreciate it’s hard graft, and the concept of PPV, when so much hard work has been done for our benefit is an easy sell: We appreciate the challenges involved and will pay for the privilege. Perhaps then, Bob Arum would be better listening to British fans, rather than assuming he knows us better than ourselves and reaching for the angry stick when things aren’t going his way.