Bobby Charlton made his Manchester United first-team debut on October 6, 1956, and would go on to become one of the most iconic players ever to wear the famous red shirt while remaining a pivotal part of the club’s DNA.

An 18-year-old Charlton, who was still doing his national service at the time, first graced the Old Trafford turf in a Division One match against - of all teams! - Charlton Athletic and made quite an impression, finding the net twice in a 4-2 win.

In a career lasting over 17 years he would go on to make 758 appearances for the club and score 249 goals, not to mention winning three First Division titles and captaining United to the club’s first ever European Cup in 1968.

As it happened, Charlton’s first appearance for United came about by chance; receiving a call-up to the first XI due to the fact that legendary manager Matt Busby was short of numbers ahead of the game.

That’s because England were playing Northern Ireland in the Home Nations tournament on the same day, meaning teammates Duncan Edwards, Roger Byrne and Tommy Taylor were unavailable to face the South London side.

If that wasn’t enough, Chartlon was also struggling with an injury at the time, later explaining: “I had been having treatment on a sprained ankle and got the message on the Friday that the boss wanted to see me in his office.

“I went and he said: 'How is your ankle?' I lied, saying: 'It's great!' I wasn't going to miss the chance I'd been waiting for for such a long time.”

What made Charlton’s rise to the first team even more astonishing was that he was still doing his National Service with the Royal Army Ordnance Corps in Shrewsbury at the time, after Busby had advised him he could still play for Manchester United at weekends.

He played 17 times for United in that first season and managed a total of 12 goals in all competitions - including a hat-trick in a 5–1 away win over Charlton Athletic that February - as Busby's side won the league title for the fifth time in the club's history. 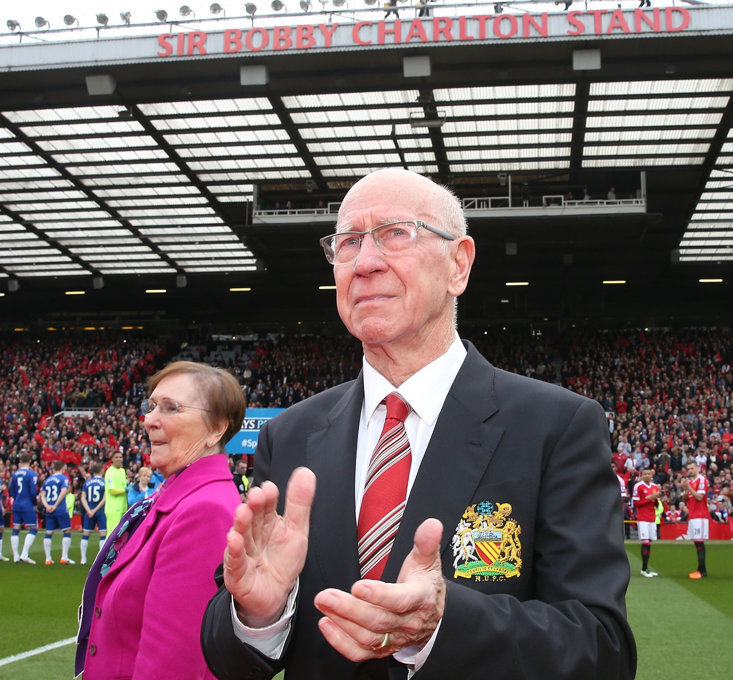 Charlton was a key part of the ‘Busby Babes’ side which won the FA Youth Cup in 1954, 1955 and 1956 but, sadly, one of the most talked-about and exciting sides ever to have been assembled would never go on to reach the heights which many had predicted due to the Munich air crash of 1958 which claimed 23 lives in total and all but obliterated the entire team.

Seven players died at the scene and Duncan Edwards passed away in hospitala fortnight later with several of the side so badly hurt that they would never play again. Although Charlton himself suffered extensive injuries he would eventually make a full recovery.

“I didn’t know where I was. I was still sitting in my seat, which had somehow been ripped from underneath the plane,” he revealed some years later. “I thought I’d just closed my eyes. Afterwards, Harry Gregg and Bill Foulkes said I’d been unconscious for a quarter of an hour.”

Incredibly, Charlton made his England debut just two months after the terrible tragedy and, over the next three decades, would score 49 times in 106 appearances for his country, appearing at three World Cups - famously winning the Jules Rimet trophy in 1966 and the Ballon d’Or the same year.

In the years that followed he would become an instrumental part of the Manchester United team which won the FA Cup in 1963 as well as the Division One title in 1965 and 1967. His crowning moment at club level, though, came on May 29, 1968 in the European Cup final at Wembley.

On a hugely emotional night, particularly for those involved at Munich such as manager Matt Busby and defender Bill Foulkes, United faced Benfica in the final of the competition the club had set out to win a decade previously until fate had intervened.

Charlton scored twice in a 4-1 extra-time victory before leading his side up to the Royal Box to lift the trophy which until now had eluded them, no doubt with many of those who had perished still fresh in his mind.

He spent almost his entire career at Old Trafford, and famously entertained the United faithful as part of the legendary Best-Law-Charlton trilogy, before eventually retiring in 1975 after a brief spell as player and then player-manager at Preston North End. Since leaving the field, Charlton has remained a huge part of the fabric of Manchester United.

As a director he continues to command the same respect around the world that he did as a player. Having become a household name thanks to an incredible eye for a pass, tremendous ability on the ball and a thunderous shot, he was notable for carrying an air of dignity and diplomacy.

An ambassador for club and country, as well as the game around the world, Sir Bobby Charlton remains an icon and a figurehead. Moreover, he continues to provide United fans with a vital connection between the club’s illustrious past and the present, as well as being a key part of Manchester United’s development towards a bright future.