Football
News
We should be in for a remarkable evening of entertainment this weekend
Simon Lillicrap
19:00, 08 Jun 2022

Gary Neville and Jamie Carragher on the same team, Mark Noble finally getting an England cap and Aitch trying to nutmeg Cafu. It can only mean one thing. Soccer Aid is back.

We may not have a summer World Cup to savour this year, but one of the most enjoyable charitable events has come around once more. Gareth Southgate’s England may have struggled for form this month, but how will Harry Redknapp’s cobbled together side of celebrities and former pros get on against the Rest of the World?

Here’s everything you need to know about the match.

Sunday, June 12th, with kick-off at 7.30pm. However, you can catch an hour's worth of build-up on ITV1, which is always worth a watch as the celebs prepare for their moment in the spotlight.

Usually this event takes place in Manchester, but this year it is taking place in the capital, at West Ham’s London Stadium. If you can’t make it to the match, you can watch it on ITV1.

Which celebrities are playing for England?

The ones we all want to see. Musicians Liam Payne, Aitch and Tom Grennan will all be involved, as will actor Damian Lewis, YouTube star Chunkz, TV personality Alex Brooker and comedian Russell Howard.

Actor David Harewood is back again to play in goal for the Three Lions and former footballer turned TOWIE star Mark Wright returns for more action. Meanwhile, Sir Mo Farah will bring much needed energy to the midfield.

Which former professional players are involved for England?

Aside from Carrragher and Neville, we have David James, Fara Williams, Joe Cole, Teddy Sheringham, Mark Noble, Eni Aluko, Anita Asante and Stewart Downing. Not bad, but wait til you see who the Rest of the World have got. 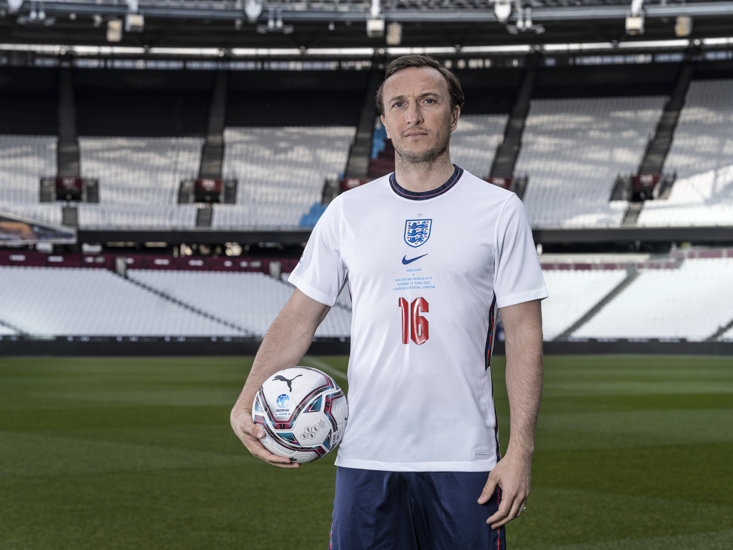 Which celebrities are playing for the Rest of the World?

Steven Bartlett, from Dragon’s Den, makes his first appearance, TikTok’s Noah Beck had a brief football career in the US and Kem Cetinay of Love Island fame will be hoping to match his brace from last year.

World’s Strongest Man winner and proud Scot Tom Stoltman should be an exciting addition, while actor Mark Strong might not live up to his name in the same way.

Which former professional players are involved for the Rest of the World?

This is insane. Heather O’Reilly and Carli Lloyd will star alongside Roberto Carlos, Patrice Evra, Petr Cech, Cafu, Andriy Shevchenko, Andrea Pirlo and Dimitar Berbatov. It could be a long night for the England team.

Who is in the dugouts?

The Rest of the World boast Arsene Wenger, Robbie Keane and Idris Elba.

Not the best. England lost last year’s match-up 3-0, and have now lost the last three meetings, two via a penalty shootout. However, England did win five of the first seven editions of Soccer Aid which means the overall scores are perfectly level at 5-5 heading into the 2022 contest.

How much money has been raised?

Most importantly, Soccer Aid has helped raise over £60m for UNICEF, but that figure is sky-rocketing as the match generated a record-breaking £13m in last year’s event alone. Tune in this weekend, and donate to this wonderful cause.