Football
News
Football's most affable character has another hit with his second book
Jack Porter
15:28, 04 Nov 2019

Peter Crouch hasn’t wasted much time wallowing in retirement after announcing his player days were over in the summer, bringing to a close a 21-year professional career in football.

Those two decades are plundered once again for some easy-reading for Crouchers (we’re going out on a limb with this moniker), a good portion of whom will have been regaled by many of these tales through his well-received podcast, which he presents on Radio Five Live alongside Tom Fordyce and Chris Stark.

Seven months after playing his final game for Burnley and a year after releasing his bestseller ‘How To Be A Footballer,’ the Premier League veteran is back at it again to provide the world with his insights into the beautiful game in his second autobiography ‘I, Robot.’

Early on in the book, Crouch discounts his prospects of going into management (“It’s the soft stuff I’d struggle with: celebrating on my own, having no one to wind up... if I found out everyone else was going on a night out and I wasn’t invited, I might have a little cry.”) and it really does appear that he is far more comfortable in this type of environment, a 21st century after-dinner speaker who has done extremely well to tap into how well a podcast can project a personality such as his.

The ‘Mickey Rourke’ story which opens the book won’t be anything new to fans of the six-foot-seven-inch footballer, having been a fixture of an anecdote on the publicity circuit anywho, but it’s obvious to see that Crouch enjoys using it as an entry into making his audience as at ease as he is with engaging. 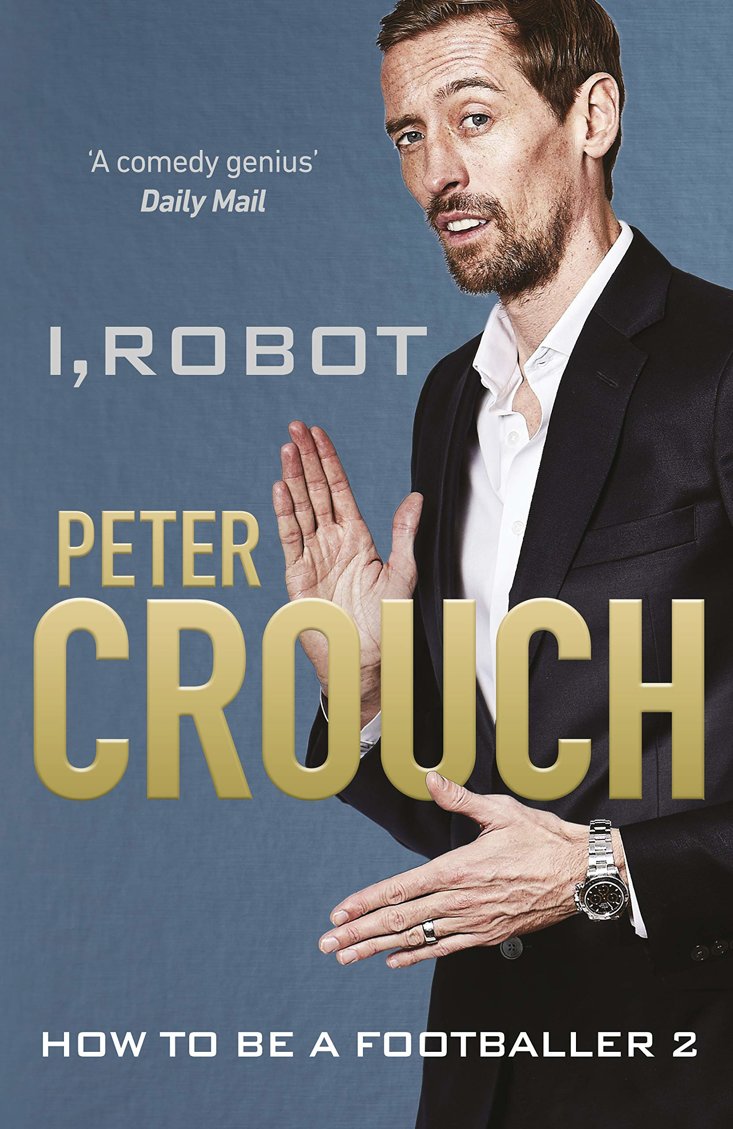 Crouch goes on to provide his usual accessible chit-chat in accessible lexicon with his affability and general down-to-earth demeanour pervading throughout. Many people reading will enjoy the quick hit, the punchy tale they’ll be able to pass on in the pub, and it’s likely to be a good solid stocking filler heading up to Christmas.

The ‘comedy genius’ tag that adorns the front cover might be a tag hyperbolic, but there are certainly worse ways to while away the hours, as well as spending time with far less interesting sport-stars who like the sound of their own voice.

His praise towards the people he particularly respects in the game is palpable, recognising individual talents and abilities, as well as the different wide spectrum of characters that permeate the game. ‘I Robot’ is ultimately a breezy soliloquy which Crouch steamrolls his way through enjoyably.

A particular revealing highlight is a brief description of Crouch piecing together the perfect manager, which resulted in “the obsession and organization of Rafa [Benitez]" and "the unflappability of Sven [Goran-Eriksson].”

The way the former forward, and holder of the record for most headed EPL goals, signs off is particularly poignant...

This chapter has come to an end. I’m ready for the next one. I’ve still got a smile on my face as I get out of bed every day.

And it seems he’s intent on putting a smile on as many faces as possible. Peter Crouch isn’t going away any time soon.