Boxing
News
An excellent streamlined account of the later life and death of the Italian-Canadian boxer
Jack Porter
09:00, 12 Jul 2020

It was murder. Or was it suicide?

How could the man who had the word ‘WARRIOR’ inked across his chest, the fighter who made a career and gained fans from sustaining severe punishment inside the ring, who had an apparent superhuman tolerance for pain, decide to take his own life one July night in a Brazilian hotel?

Jimmy Tobin’s excellent streamlined account of the later life and death of the Italian-Canadian boxer Arturo ‘Thunder’ Gatti, doesn’t claim to have the answers - that much is clear from the conscious inclusion of the question mark within the title - but the facts and details are presented perspicuously enough to engage those previously unfamiliar with the tragic tale, or those with little interest in the often murky world of boxing, to arrive at their own individual conclusion after seventy swift pages.

Supported by first-hand accounts from those who knew and loved the late pugilist, Tobin’s book ‘Killed in Brazil?: The Mysterious Death of Arturo ‘Thunder’ Gatti’ plunges unrelentingly straight into the action, the first of three defined chapters taking the reader back to that summer night in 2009, when Gatti was attacked by a mob who had witnessed him abusing his wife, Amanda, on the open street, the subsequent marital argument, the discovery of his lifeless body the next day, and the later arrest and release of his widow for homicide.

Gatti’s death and the subsequent repercussions on his family is interspersed by the key chapter detailing his achievements in the ring, with the underlying argument pervading that these, at least to provide some comfort, can never be blemished by his premature passing. Gatti, Tobin explains, was never the greatest boxer and seemed to know it. But how he succeeded was through the entertainment of pushing the limitations of a participant in the sport: ‘His capacity for enduring punishment had become, one fist at a time, mythological.’ 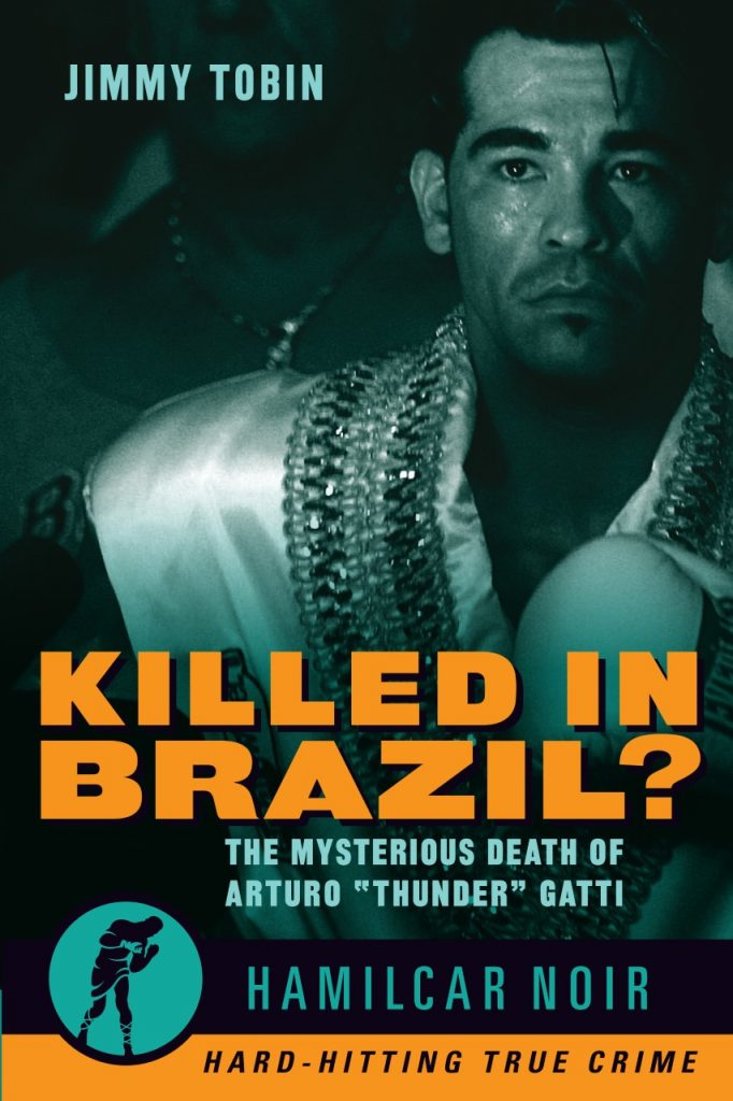 Gatti’s infamous trilogy of bouts with Micky Ward - a boxer who would later enter his one-time enemy’s corner - is of course highlighted, as is his respectable, though not incredible, record. The battles, win or lose, are bloodily described; fights with Gabriel Ruelas, Alfonso Gomez, Angel Manfredy, and a young Floyd Mayweather. Therein lies the attraction in the myriad of tragic boxing downfalls. Gatti’s status didn’t come strictly from being a super-featherweight champ, it came from seemingly being able to turn losses into victories, his resolve garnering respect and successive Fight of the Year awards.

The way that that reverence resonated, divisively, amongst family, friends, and fans upon his untimely death on July 11, 2009 forms the crux of the narrative presented in Tobin’s book.

What could have been a somewhat tasteless murder mystery, Tobin’s purpose is welcomely, deliberately, indefinite. Instead of a Shakespearean tragedy, or yet another bloody chapter of boxing’s wider legacy, in reciting and debating Gatti’s death Tobin’s document becomes a meditation on the human condition, the false belief in the true existence of empathy, that we arrogantly convince ourselves to understand others. ‘When a family loses one of its own to suicide, a panic descends,” summarises Tobin, without having definitively opined the true cause of Gatti’s death, “The panic is rooted in the need to understand, to quarantine this act of destruction, to make it intelligible before the suffering borne of mystery spreads.”

“We can never get so close to someone as to predict their behaviour perfectly, refracted as others are through the lenses that colour our picture of the world.”

Is Tobin referring to Arturo Gatti? Or his accused widow Amanda?

It was suicide. Or was it murder?