Football
News
My Story serves as a reminder of a horrible truth which all players carry around with them
Ed Needham
16:01, 16 Nov 2019

As a player, Gary Lineker once expressed his relief that his career was taking place at a time that dwarfed the wages paid just a decade earlier. Mark Bright, who took over centre forward duties from Lineker at Leicester when the future Mr Match of the Day moved to Everton in 1985 (for a now microscopic £800k), also takes an interest in the salaries of the period in this autobiography.

“After I stopped playing, I went through all of my old contracts and decided to add them up to see just how much I had earned,” he writes. “The amount came to just under £1.2 million.”

At the time he performed his calculation, “It was rumoured that Wayne Rooney earned that much in a month.”

Bright retired in 1999 after 18 years as a professional. While his earnings may feel pre-decimal in comparison to today’s eight-figure basics, there is probably a great deal here that many players today would still recognize: a tough childhood, a touch-and-go scrap to get a foot in the door, and then a decent career of your best never being quite good enough, thanks to fans with unrealistic expectations, frazzled managers desperate for points and ultimately one’s own nagging sense of insecurity.

Bright had more grounds for insecurity than most after being abandoned by both parents and raised in foster homes (he devotes the book to his foster mother).

It turns out that football is a profession where “angry and hungry” can be advantageous character traits however, even if it does take Bright a little while to adjust from working at a Staffordshire hydraulics factory to the gilded life of the pro – he’s earning less.

At Leicester he’s booed and racially abused by his own fans, but at Crystal Palace he finds his people, in particular, Ian Wright – an occasion not unlike the day in country music when they realized ramble rhymes with gamble – and they reach the FA Cup Final in 1990 when the event still possessed plenty of “magic.”

Five years at Sheffield Wednesday follow his six at Palace, then after a couple of seasons at Charlton, the shocking rudeness of a young hopeful prompts him to call it a day. Post-career, it is Palace who are his salvation when the media work dries up.

This is not a book of anguished introspection, although heaven knows he’s got plenty to be troubled by, neither is Bright a jack-the-lad king of banter – that’s not his tone at all. Rather, My Story serves as a reminder of a horrible truth which all players (with the possible exception of Leo Messi) carry around with them always, and one that Bright started learning at age 3: you are dispensable. 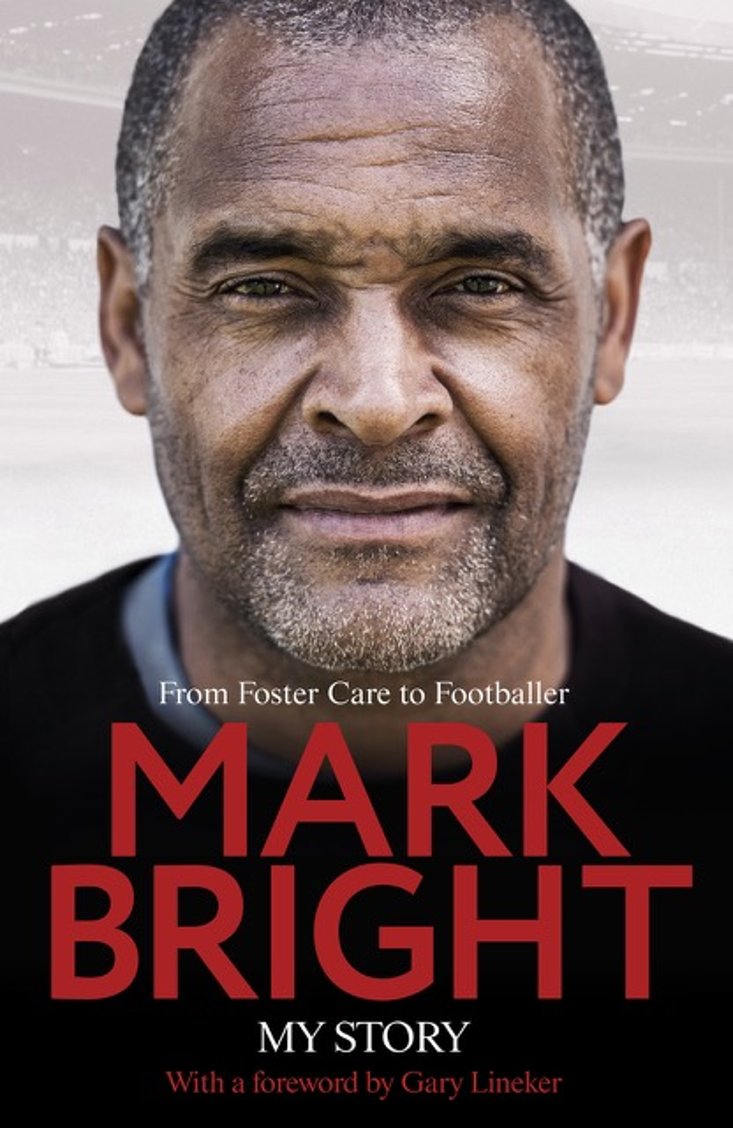