Football
News
Fowler's love for the beautiful game is abundant on every page of My Life in Football
Ed Needham
14:00, 23 Dec 2019

“I did a thesis on the question of Nature or Nurture,” has never been the answer to a football reporter’s post-match probings. And if you had to guess who would be the first player to ever make such a claim, Robert Fowler, the ne plus ultra of irrepressible, seize-the-moment scouserness, would be a long shot. This is a man, after all, who gatecrashed a Real Madrid European Cup open-top bus parade. And was cautioned for assaulting Filbert the Fox.

But nevertheless, there it is, offered in evidence for his UEFA Pro coaching licence, on the question of whether the very best players are born exceptional or have it coached into them. Fowler’s argument is that natural ability gives a player a head start, but after that it is “practice, practice, practice.”

Such triple training came naturally to Fowler, who was out on the rec outside his Toxteth home morning, noon and night, with education including being drilled by his Dad in using his weaker foot and 20-a-side with Somalis on their way back from the mosque.

On every page of My Life in Football, from infancy to his current position as manager of the Brisbane Roar that appetite never dims.

Apart from having his reserves of patience tested while waiting for his debut with Liverpool, there was never much doubt his career would begin at the top. There was no faffing around on loan or in lower divisions. In his second start, a 5-0 League Cup win against Fulham in 1993, he scored all five. And he’s more than willing to talk readers through the details of his favourite goals. 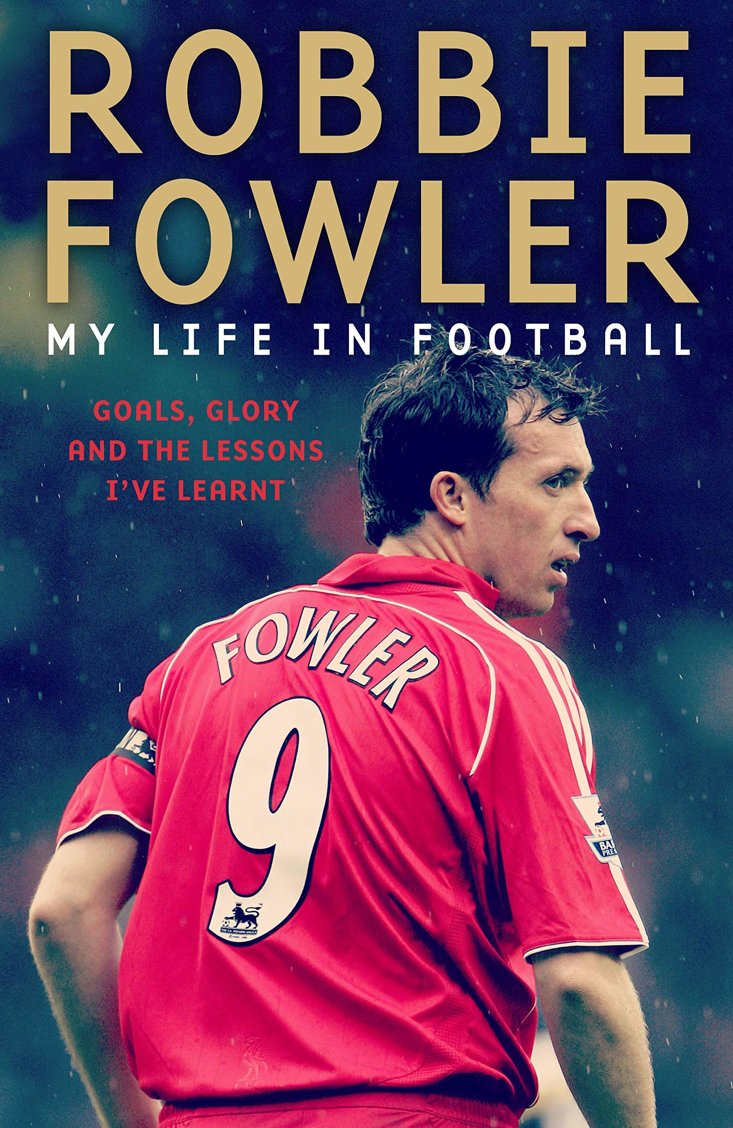 What lifts “My Life” out of mid-table though, is his take on the vexations not of getting there, but of staying there. He’s a Liverpool legend who had the bad luck to play just as the club’s old dynastic management pyramid lost its magic.

He repeatedly failed to learn the lesson that injuries are not best cured by ignoring them.

He was forever fighting his way back into a team against new signings.

He was forever fighting the suspicion that Gerard Houllier didn’t believe in him.

He joins Leeds just as they realise have tied a financial anvil to their ankle. (As Fowler is wondering whether to leave Leeds, a director in the car park “Barely breaking his stride… leaned into me and whispered, ‘Take the money and run! This place is going to the dogs!’”)

He runs to pre-lottery win City and spends most of the time injured.

While plenty of players would take this as their cue to moan bitterly at stupid football’s vandalism of their youthful idealism, Fowler goes the other way. He can’t get enough! The shirts of Cardiff, Blackburn, North Queensland Fury, Perth Glory and Muangthong United all feel the force of the Fowler waistline.

And not even wearing the blazer of a Liverpool ambassador can restrain the full effervescence, as he plays Bin Ball Challenge with Liverpool fans in the streets in Barcelona.

He may not have won the silverware that far less talented players have assembled in their fancy cabinets, but were a trophy for undimmed enthusiasm to be awarded, there’s little hope for the rest of the shortlist.

My Life in Football, by Robbie Fowler. Blink, £20