Extensively chronicling the history and rivalry between city enemies Sevilla and Real Betis, Colin Millar’s ‘The Frying Pan of Spain’ is your new Spanish football bible.

The level of detail Millar explores in and across the two institutions that face off in El Gran Derbi is exemplary.

The fact that the endearing story, which chronicles the peaks and troughs endured by both sides of the divide right from the birth of the 20th Century, takes place against the backdrop of one of the most picturesque cities in Europe is vividly explored.

Even for those who haven’t even visited Seville let alone ventured to a game at either the Sánchez Pizjuán or Benito Villamarín can step into the city. Millar makes it easy to access and easy to follow.

Importantly for Millar, Seville as a city is as important to the narrative as the two prominent football clubs that share it in Andalusia, and its clear identity is brought to the fore without being at the expense of the narrative.

Throughout the book is the sincere but subtle argument to suggest that those who believe the famed ‘El Clasico’ - one of the most viewed sporting events on the planet - between Barcelona and Real Madrid defines Spanish football are indeed quite misguided.

Make no mistake, this book will do its best to convince you that this, ‘The Great Derby’, is Europe’s fiercest and most passionate football rivalry, a smouldering cauldron in one of the hottest cities on the continent - from how the two came to prominence originally to the continuing clashes that can be found today.

The books switches, twists, and attempts to devote attention in equal measure. 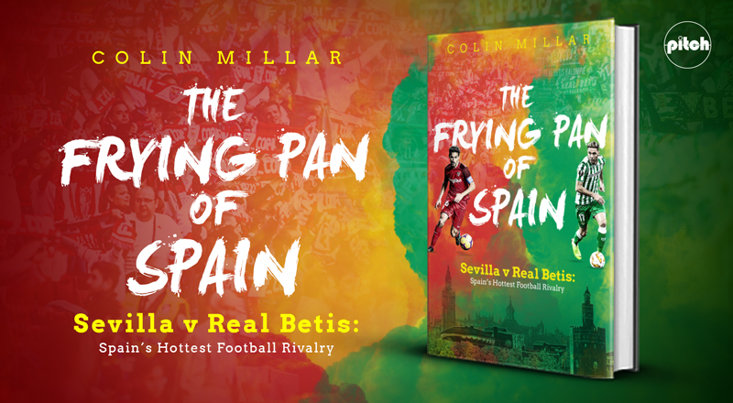 As well as exploring into further analysis Sevilla’s recent European triumphs (they have five Europa League titles in the past 15 years), and the class system which has come to define the two clubs, the book helps bring to attention an eclectic array of Sevilla stars; Diego Maradona’s short spell, ‘Biri-Biri’, the mighty Gambian, and the tragedy of Enrique Gómez Muñoz, known as ‘Spencer’.

And at Real Betis, the days in the third division, the highs of the Copa del Rey, Serra Ferrer, as well as of course Benito Villamarín.

Importantly, the multitude never comes across forced, purely anecdotal, or an over-exuberant attempt to cover all aspects of a fascinating shared story.

So even those unfamiliar or previously disinterested in La Liga and Spanish football will find something of interest.

“Fans of Real Betis and Sevilla are often like competitive siblings,” Millar states, “They love provoking one another, winding each other up - they cannot help themselves.”