“In 1996, Parliament asked why British cycling was so useless,” writes cycling journalist Kenny Pryde.  Somewhere in there was enough ambition, focus, and what would become known as “sports science” for Chris Boardman to have taken Olympic gold in Barcelona in 1992.

But British cycling was then also so make-do-and-mend, that the “world-class” Manchester Velodrome, which opened in 1994, was a “mismanaged object of ridicule.” Barely able to staff the reception, it was just one unpaid utility bill away from a sliding doors future of “being clogged with trestle tables selling artisan chutney and hosting antique fairs.”

Few guessed it would shortly be transformed into the headquarters of “the most successful organisation in the history of sport.”

Although the signs were not visible to Parliament in ’96, that transformation began with a Dr Frankenstein transfusion of lottery money in 1994. That cash turned it from a sport run by amateur enthusiasts on member's subs and which chose staff based on the size of their estate cars, and into a world-beating monster.

To date, British cycling has won 43 Olympic medals, 6 Tour de France victories and racked up numerous world records and world championships.  In the process, as this book so successfully illustrates, it has also gone through one of the most painful experiences in sport: professionalization. And after all that success it has also recently given Parliament cause to come up with another question: why is British cycling so toxic?

The first bruises appeared early, as many volunteers and long-termers discovered the currency they had accumulated within cycling had no value in the new economy of elite sport.

“You can’t fund mediocrity,” snapped new performance director Peter Keen, as more than a few people discovered to their dismay that switching from supporting the best of British to becoming the sport’s dominant world power would not require their involvement. Many passed the future Sir Dave Brailsford on their way out. 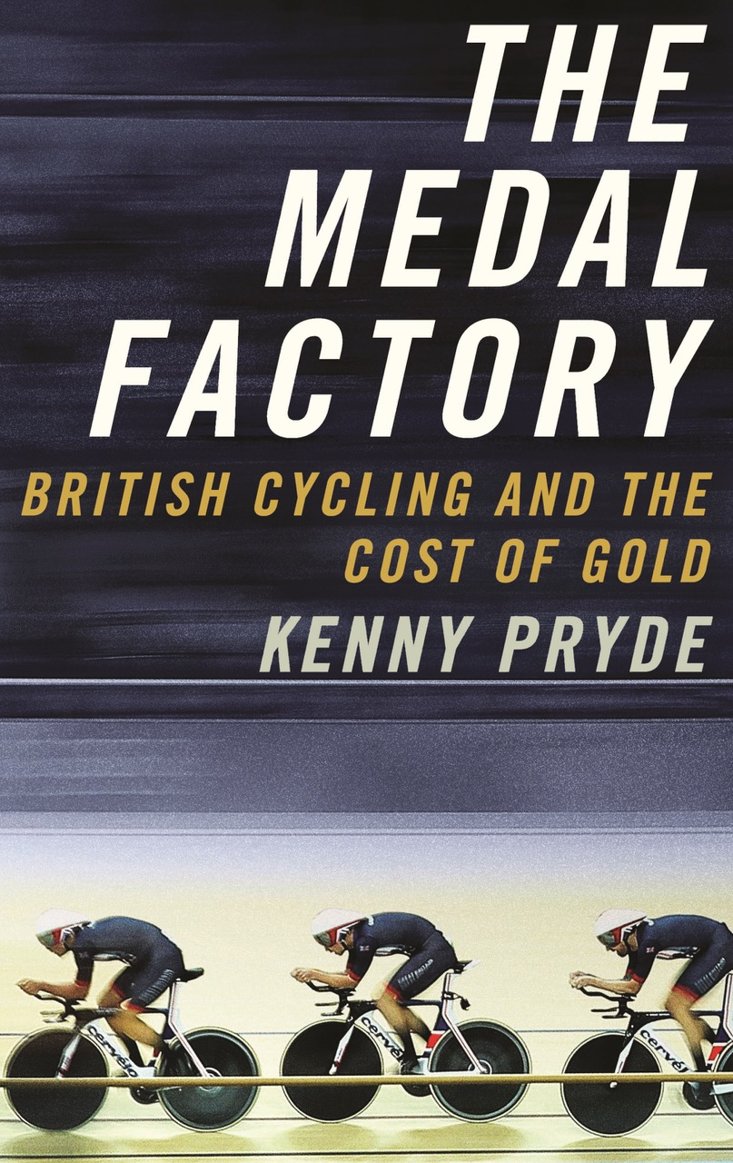 Originally an equipment procurer, “it quickly became obvious… his talents stretched well beyond getting a good deal on Italian Lycra and Dutch frames.”

Their concept of “aggregation of marginal gains” – a winning edge honed by constant tiny improvements – even became part of MBA jargon. But whatever they did, and The Medal Factory explains their fanatical endeavours in glorious detail, it worked, and British cyclists dominated Olympic medal tables to the extent that they probably even started considering their own improvements to podium design.

From Olympic success came the partnership with Sky and the Team Sky road racing team, which delivered the glorious 2012 Bradley Wiggins Tour de France victory and subsequent dominance of that most brutal of events.

But all this yellow and gold didn’t just spring from a cheerful can-do mindset.

Brailsford’s “compassionately ruthless” approach was not designed to extend his Christmas card list. And the queue at the complaints desk has been one of the longest in sport, from persistent doping accusations in the T de F to key stakeholders finding themselves unemployed over reports of bullying and sexism.

Pryde walks the reader confidently through these complex minefields, giving anyone who has ventured an opinion on where British cycling is going wrong pause for thought.

And at the heart of this terrific book is an intriguing question.

Elite sport is hard, combative, ugly, unhealthy, and by definition, says Brailsford, “not sport for all.” It is full of cold, selfish, unpleasant people pursuing a single objective: winning. In this, British cycling has been hilariously successful. All that lottery money has been well spent.

But now that all those high-achieving bullies who made cyclists cry have been shoved aside, what, asks Pryde, do the public want?

“Compassionate failure or ruthlessly attained medals?” One suspects it unnecessary to wait for an underwhelming Tokyo Olympics to know the answer.