Football
News
The midfielder was booed off the pitch during United's 3-2 win over Norwich on Saturday
Joey Mills
08:00, 19 Apr 2022

For those following the undulating fortunes of Paul Pogba’s troubled Manchester United tenure, we are now sat in a trough rather than stood upon a peak. The mercurial midfielder was booed off the pitch when he was substituted during United’s 3-2 win over Norwich City on Saturday. It was another grim watershed for the France international, as he winds down his contract at Old Trafford. It is looking like the World Cup winner’s much-ballyhooed Old Trafford return will come to an ignominious end.

Discussing the politics of booing your own players is a social media staple, with the mutinous act becoming an increasingly common feature at grounds across the country. Wherever you stand on the debate as United prepare to face Liverpool, Pogba did not help himself with his performance against the Canaries. In a game where he was afforded time and space, he took too many touches, was careless in his passing, and lacked the steel to play in the role he was given.

That role was that of the sole defensive midfielder, something Pogba has expressed frustrations with in the past. Certainly Pogba’s scattered good performances in red have generally come further forward, but without wanting to be unfair to Norwich, they did not put particularly excessive demands on United’s deep midfield. Cynics will say Pogba’s struggles at Old Trafford on Saturday came not because he was ten yards further back than is optimum, but because he lacked the will and effort to shape a game against a poor side.

United are battling for a place in the top four as Champions League football looks set to slip from their grasp. It is the sort of fight that needs complete buy-in from a squad. But Pogba is one of a number of players at the club whose contracts expire in the summer. It is expected that the midfielder will leave, ending what has been a largely unhappy second tenure in Manchester. What motivation does Pogba have to bust a gut and change his teams fortunes when he looks likely to pack up the road show and find lucrative work for a team whose Champions League status is more assured? Fans would hope a player would play for the shirt for as long as he’s wearing it, but there has always been accusations that Pogba is not wired that way. Against Norwich at least, it looked like Pogba’s head was already in Paris, Madrid or Milan.

As social media’s preachier element clutched their pearls over Pogba’s treatment from his own fans, an important fact was forgotten in the fury. Manchester United fans did not want Pogba to fail, they never have. When their prodigal son returned from Juventus, it was felt that all was right with the world. The promising youth star had grown into a world class talent, and was now home. The fans stuck with him too, and his contributions in his Europa League and League Cup-winning first season back were applauded in most quarters. 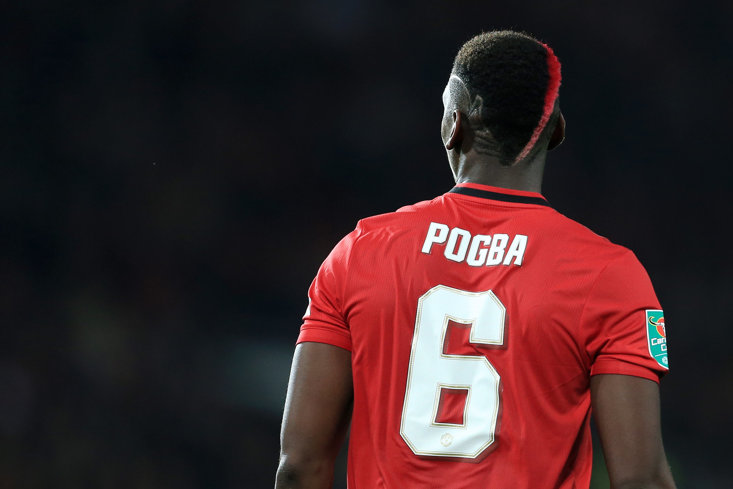 But the cracks started to appear when the Jose Mourinho new dawn plateaued with those two trophies and a distant second-placed league finish the following year. There were reports that Pogba had fallen out with a manager who has a rogue’s gallery of enemies to rival Batman. The first stories began to filter out that Pogba wanted to leave Manchester United. A theme was established, one that was likely a contributing factor to the icy reception Pogba received at the weekend.

Search “Pogba wants to leave” online and you will find articles from 2018, 2019, 2020, 2021 and 2022. Whether these tales came straight from the player’s mouth, were filtered by his Machiavellian agent Mino Raiola or were conjured by click-hungry content houses, they paint a picture. Pogba has been back at United for six years, and has reportedly wanted to leave during five of them. Fans engage with players who cherish the badge as much as they do, a vibe that Pogba has rarely given off since rejoining the club.

With Pogba’s contract entering its final couple of months, and no extension in sight, Pogba’s poor display against Norwich was seen as something more. With the wider club at a low ebb, underperforming players become scapegoats. When the whole team is underperforming, then the first players on the chopping block are ones that have expressed they don’t even want to be there. ‘Why should we support you, if you don’t support us?’ becomes the prevailing attitude amongst fans. Pogba does have a number of loyalists, but the majority of their number are more likely to be found on Twitter than the Stretford End.

A high-profile transfer not working out is nothing new. Since 2013, United themselves have had dozens of them. Angel di Maria, Radamel Falcao, Bastian Schweinsteiger, Romelu Lukaku, Memphis Depay and Alexis Sanchez are just some of the big-name flops to walk out at Old Trafford. But what makes Pogba stand out is how remarkably drawn out the whole affair has been. United have been determined to keep their £89 million man at the club, when there have been many occasions where a clean break would have been more sensible.

A clean break no longer looks to be on the cards. This is the messiest of messy divorces, with hurt feelings and bitterness on both sides. Should you boo your own players? That’s for you to decide. I don’t support the practice myself, but can see the set of circumstances that led to what we saw and heard on Saturday. Poor performances, a crumbling club and a wantaway player combined to create unedifying scenes. As his contract ticks down, Pogba will probably be glad to see the back of the place. If the Norwich game is any indication, the fans feel the same way about him.