Football
News
The South-Coast clubs have both seen an unprecedented rise over the last 10 years
Elliott Bretland
09:00, 28 Dec 2019

They say a week is a long time in football. So a decade is an age and the last ten years have been an incredible journey for both Brighton and Bournemouth.

On Saturday, the two sides meet in the Premier League but if you go back to December 28, 2009 and it was a very different story.

Bournemouth were trailing 1-0 to Torquay in League Two while Brighton were 2-1 down at Wycombe in League One.

The Cherries had been holding the entire Football League up as the bottom-placed club only a year earlier, while the Seagulls were playing at the Withdean Stadium, an 8,500-seater with an athletics track which killed any hopes of an atmosphere.

They bounced back though, during those two end of year games and far beyond.

While Eddie Howe’s men fought back to win 2-1 before going on to win promotion to the third tier, Brighton also turned things around.

Striker Glenn Murray, yep, their current striker in the Premier League who has also appeared in the top-flight with Bournemouth, scored four as Brighton won 5-2 at Adams Park. They finished 13th in the table.

As we enter 2020, the two sides who meet at the Amex Stadium on Saturday lunchtime have both enjoyed such mega ascents. 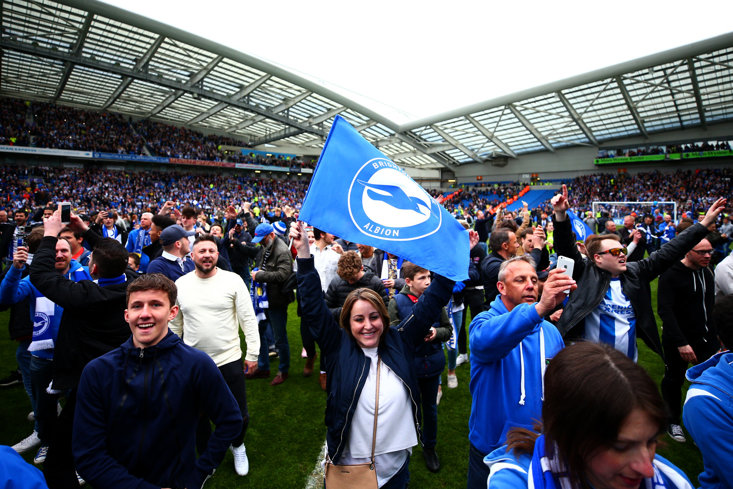 Brighton fans celebrate promotion to the top-flight in 2017

While Brighton made sensible, successful appointments in Gus Poyet, Oscar Garcia and Chris Hughton while moving into a brand new stadium thanks to the backing of owner Tony Bloom, Bournemouth enjoyed stability to achieve the same results.

Howe was constantly supported by chairman Jeff Mostyn and the intimate Vitality Stadium became a fortress.

The two sides bossed their leagues during their promotion campaigns and worked hard, gradually building the club and squad up and doing things the right way.

It comes as no surprise then that neither team have suffered relegation since promotion to the big time. 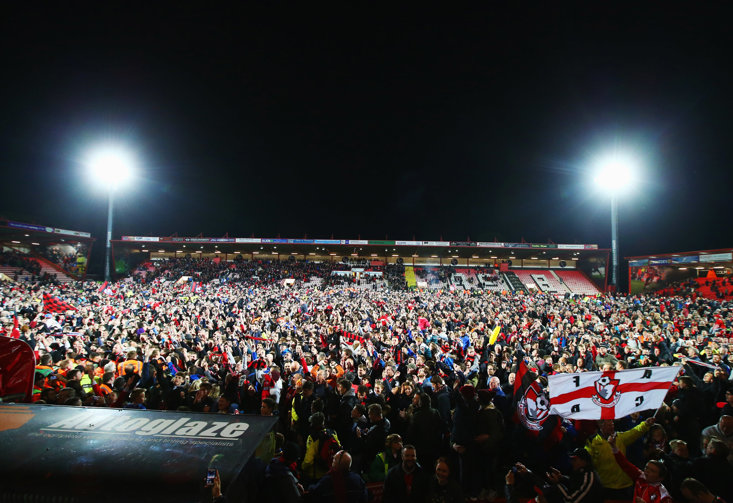 Though Bournemouth have lost six and drawn one of their last nine games, they defeated Manchester United and beat Chelsea at Stamford Bridge. They are more than good enough at this level.

Brighton too, under Graham Potter, have a clear vision and have recruited well, playing some excellent football.

They were victors away at Arsenal and thrashed Spurs 3-0 on home soil.

In the vacuum of the Premier League, where the stakes are so high and survival the main aim, it would be easy to lose sight of this pair’s achievements.

They’ve both come such a long way