Football
News
The Foxes lost a two goal lead at the King Power against one of Europe's big boys
Simon Lillicrap
22:15, 16 Sep 2021

This Leicester City side that has so much promise once again failed to get over the line at the King Power as Napoli came from two goals down to salvage a draw in the Europa League tie. Perhaps it is a sign of just how far the Foxes have come that their mood was one of disappointment at the full-time whistle as one of Italy’s giants had enough quality to rescue a point thanks to a brace from Victor Osimhen.

The giant striker had a whale of a time as his pace caused Jannik Vestergaard problems all night and although his towering header found the net late on to secure a point, it was no less than the club from Naples deserved. But Brendan Rodgers’ side had been so comfortable earlier in the match.

With Jamie Vardy and James Maddison both starting on the bench, Patson Daka was given a rare start alongside Kelechi Iheanacho and the two caused problems, even if Leicester’s main attacking threat was the sensational Harvey Barnes. He set up the opening goal with a driving run down the left-hand side before he crossed to Ayoze Perez at the back past who volleyed home.

He got his name on the scoresheet himself minutes after Daka had one disallowed by VAR for offside, again finding space in the left channel before firing beyond David Ospina in the Napoli goal. As the ball hit the back of the net, the tune of Joy Division’s Love Will Tear Us Apart rang around the King Power as the English winger announced himself on the European stage.

He hasn’t quite come alive in the Premier League so far this term but in the Europa League he was on top form against a tough defence. He already has one England cap to his name, a substitute appearance against Wales, but against fierce opposition it will be these sorts of performances that give the 23-year-old a chance of breaking into the squad.

Leicester City
@LCFC
It finishes level on the night 🤝
#LeiNap 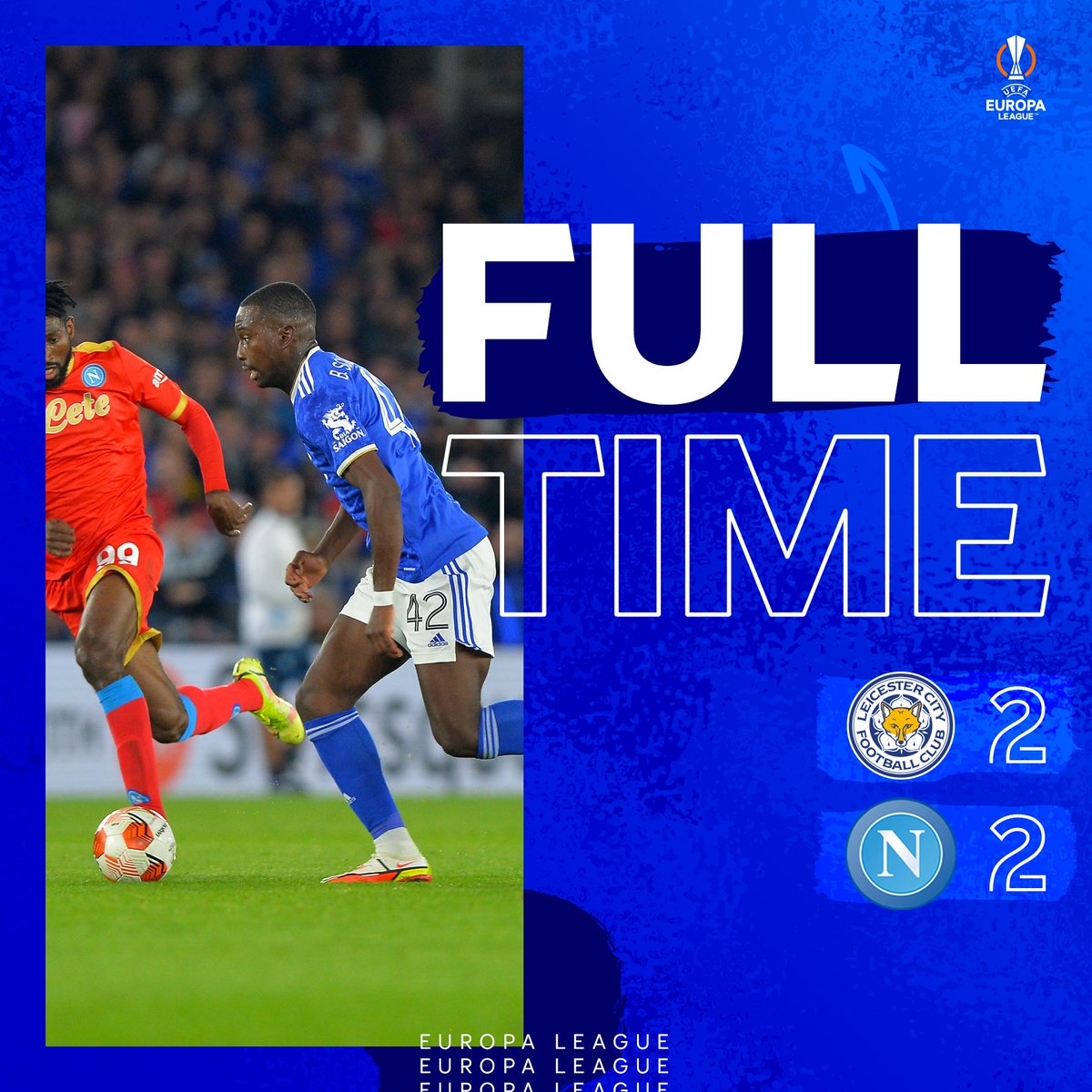 He is unlikely to start for England over the next few years given that Jack Grealish is the current incumbent of the left-wing spot and is shining for Manchester City both domestically and in the Champions League, but getting into the squad would be a huge achievement for Barnes at such a young age.

However, Leicester’s fragility cost them two points here. Osimhen was sensational and finished off a lovely team move to put them back in the game before heading home the equaliser late on. Having fallen out of the top four on the final day for the past two seasons, this feels like another slight reality check as to where Leicester lie in the European standings.

A point against Napoli is still a decent result and the Foxes should get out of this group that contains Legia Warsaw and Spartak Moscow, but they must learn from this experience if they are going to take another step forward this season. Wilfried Ndidi’s late red card does them no favours, but this side can win this competition and securing a place in the Champions League has to be the aim this season for Rodgers.

Given the top four in the Premier League are looking so strong already, perhaps the Europa League will provide a perfect pathway into the big time for Leicester. However, they’ll need to become more resolute in the key moments if that dream is to become a reality.

Leicester are 12/1 to win the Europa League with Betfred