Leicester City have suffered a lot of turbulence in the Premier League this season and it might be time for them to introduce some more attacking players into the side ahead of the chaotic winter schedule to help them convert more draws into wins.

On Wednesday night they had to come from behind twice to earn a point against Southampton at St Mary’s in what was their fifth stalemate in 14 matches in the top-flight, and it is something that Brendan Rodgers will need to address quickly if his team are to match or eclipse last year’s incredible campaign. The manager has to only look at his bench for solutions where he has players who can make a difference.

They are blessed with plenty of talent in their ranks, especially in the forward areas. Star striker and icon of Leicester Jamie Vardy is a great of the Premier League era, as his incredible goal record shows. Summer signing Patson Daka hasn’t been in the East Midlands for half a year and yet is already the club’s record goalscorer in European competition.

Then there is Kelechi Iheanacho, who lit up the King Power Stadium in the second half of last season with an abundance of goals, and yet has found himself exiled from the starting lineup for the most part this season. 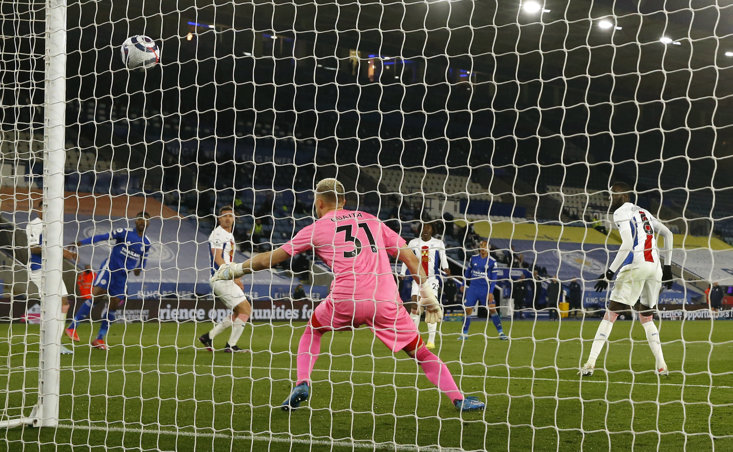 The Nigerian striker will be frustrated with his lack of game time this term, especially with the Foxes not being able to hunt as successfully as they did in 2020-21, and it was his flurry of goals during the latter half of the campaign that kept them in the race for a Champions League spot. From February 2021, Iheanacho contributed 12 goals in the top-flight as Rodgers’ side narrowly missed out on a return to Europe's premiere tournament on the last day of the season.

Not only did the 25-year-old develop into a lethal attacking threat in the league, he was also Leicester’s FA Cup hero who inspired them to the final. Although Youri Tielemans was the cup-winner against Chelsea at Wembley Stadium, Leicester would not have been there had it not been for Iheanacho’s goals in the previous rounds.

Iheanacho scored four of Leicester’s 13 FA Cup goals last year, amounting to 30%. The striker was in the form of his life earlier this year. He even scored the decisive goal as Leicester stunned champions and his former employers Manchester City in the Community Shield in August. For many people, the exiling of one of the club’s biggest attacking threats has been a conundrum in 2021-22, and many fans want to see Rodgers utilising the player more in the league, as they look to build on their incredible finish in the previous campaign.

In the 14 matches that Leicester have played in the Premier League so far, Iheanacho has only been on the pitch for 438 minutes (five starts) and has just a solitary goal to his name. And after the performance of veteran Vardy last night, in which he squandered a great chance in on the south coast, fans have called for him to be rested and for Iheanacho to come back into the fold.

The Foxes surprisingly haven’t struggled for goals as they have registered 22 already, with only the top four sides having outscored them. But, when Iheanacho’s contributions had a great impact on results last term, Rodgers’ side need their goals to count for more than they currently are. With the busy festive period approaching, Leicester need to remain in the hunt for the European places and Rodgers can’t rely on Vardy to be full of his usual energy with these eight games between now and New Year’s Day coming thick and fast.

With five draws already in the league, it might be time for a fresh approach and some fresh faces. It’s time for the Northern Irishman to let Iheanacho off the leash and allow him to rediscover his golden touch in front of goal as it will only bolster Leicester’s chances of having another fruitful season.