Football
News
After his goal in the first leg, Johnson could fire Forest to the play-off final
Simon Lillicrap
13:00, 16 May 2022

As Brennan Johnson crashed in Nottingham Forest’s second goal against Sheffield United on Saturday, there was utter bedlam in the top tier of the Bramall Lane End. The celebrations were wild as the away side took one step towards Wembley, but one man in the middle of the chaos was the proudest of the lot.

David Johnson punched the air as his son scored his 18th goal of the season and in doing so, Brennan had followed in his father’s footsteps. Back in 2003, David Johnson also scored at Bramall Lane in the First Division play-off semi-final and his son could further replicate his old man as we enter the second leg.

The 45-year-old is still the last man to score in both legs of a play-off semi-final for Nottingham Forest, having also scored the opener in a 1-1 draw at the City Ground 19 years ago. However, he will be hoping his son exceeds his achievements by reaching the final, something he was unable to do after a chaotic second leg.

Johnson put his side in front after a defensive mistake with a powerful right-footed finish, before Andy Reid put Forest 3-1 up on aggregate before the hour mark. However, any dreams of the Millennium Stadium were dashed by one of the most dramatic play-off comebacks we have ever seen.

Michael Brown and Steve Kabba drew the scores level and forced the tie into extra-time, where the chaos continued. Paul Peschisolido put the hosts in front before two own goals, one for either side in the closing moments may have caused heart-stopping drama, but didn’t prevent the Blades from reaching the final.

The Johnson family will be hoping for a calmer semi-final this time around, but the fact that Forest are even in this position is testament to the phenomenal work that Steve Cooper has done.

Sky Sports Statto
@SkySportsStatto
⚽️ Brennan Johnson has scored his 18th goal of the season - only 3 players have scored more in a season for @NFFC this century, including his dad David Johnson (29 in 2002-03) 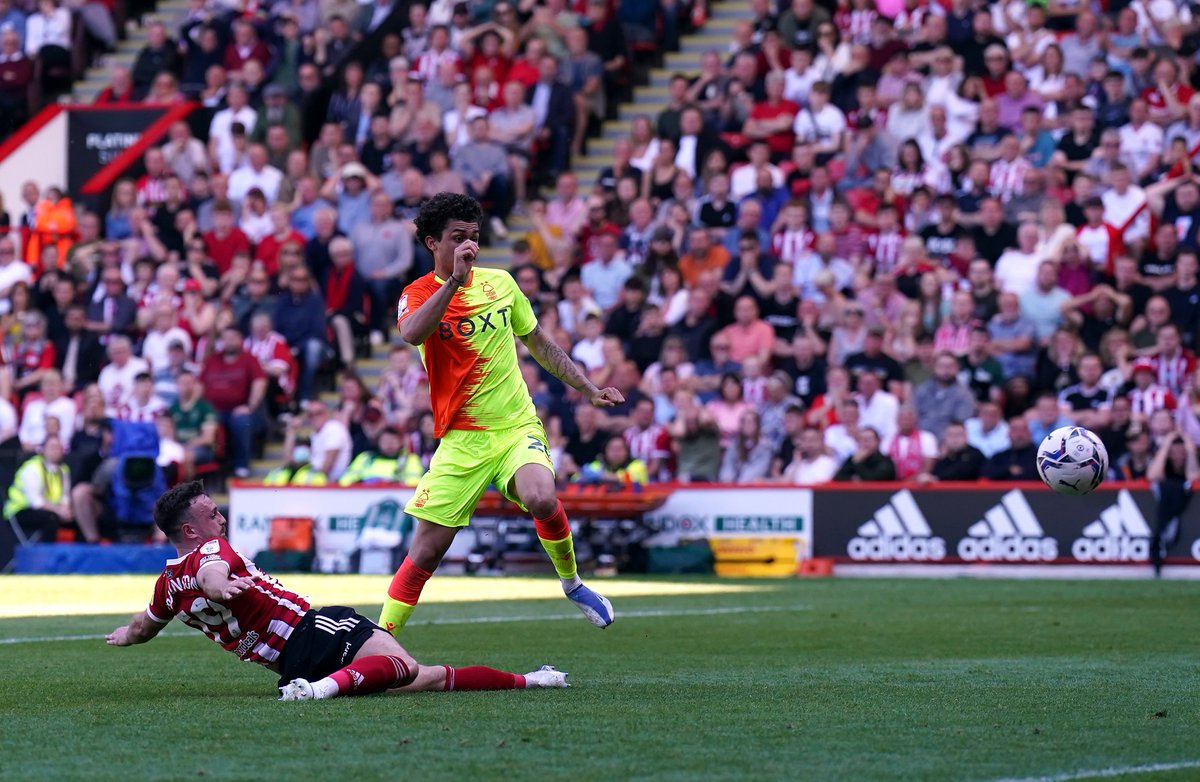 When he arrived in late September they were bottom of the Championship with just one point to their name after seven games. They picked up 79 points in 39 games, over two points a game, to secure a play-off spot and freeing Johnson has been key to Forest’s turnaround.

In the early part of the season under Chris Hughton, it was clear he had an immense amount of talent, but defensive responsibilities curbed his attacking enthusiasm. Now Cooper, deploying him in a free role alongside a striker and attacking midfielder Phillip Zinckernagel is getting the best out of a man who is destined for the Premier League.

“What you see on a daily basis is a young player who is never late, a player who comes in with the right attitude and works hard in training.” Cooper told the local press after Johnson remained at the City Ground in January amid transfer speculation.

“He wants to do extra and review how he can improve his game. He’s a local boy and is very proud to play for the football club. He comes from a lovely family and lovely home.”

That lovely family has already given Forest some magical play-off moments, and David Johnson will be watching on at the City Ground tomorrow, desperate for his son to take the Reds one step closer to the Premier League. Wembley is waiting.