Brentford returned to winning ways on Wednesday night but Norwich City remain seven points clear at the top of the Championship as the season reaches its final third. Meanwhile, the race for play-off places is really starting to hot up.

The Canaries boosted their hopes of an instant return to the Premier League with a 3-1 win away at strugglers Birmingham, with Daniel Farke having turned around the Canaries’ shocking end of season form from last term. Teemu Pukki has rediscovered his goalscoring boots, and he scored twice more at St Andrew’s to take his total to 17 this term. In Emi Buendia, Todd Cantwell and Max Aarons, Farke possesses a squad with Premier League quality and the experience of last term will serve them well if they are to secure a return to the top flight.

They won’t get away from the chasing pack easily, however. Brentford got back on the horse after three straight defeats with a 3-0 hammering of Sheffield Wednesday. The injury-hit Bees have been without top scorer Ivan Toney, Pontus Jansson, Rico Henry and Christian Norgaard and have struggled in recent weeks without the spine of their talented side. But they made light work of a Wednesday side still stuck in the bottom three.

Watford made it four wins in a row and are finding form under new manager Xisco Munez, chalking up a thrilling 3-2 win at Blackburn. In Joao Pedro and Ismalia Sarr they boast two of the finest attacking players in the division who could fire them into the top two, although Swansea are arguably better placed than the Hornets. Steve Cooper’s men have only conceded a frankly ridiculous 19 goals in 30 games and kept another clean sheet as they beat Coventry 1-0 at the Liberty thanks to a Ben Cabango goal. With two games in hand on their promotion rivals they could close the gap on leaders Norwich to just two points and are currently healthily-priced at 11/2 to win the division outright with Betfred. 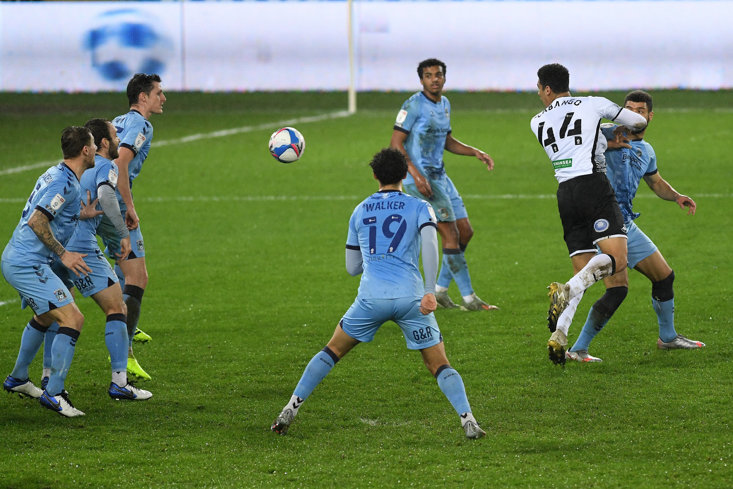 Elsewhere, Cardiff continued their revival under Mick McCarthy and have now broken into the top six after a hard-fought 2-1 win at Bournemouth saw them leapfrog their hosts. The Bluebirds were 15th when McCarthy took over in January and 13 points off the top six, but have rallied remarkably, winning their last six. Valerian Ismael’s Barnsley are up to eighth after beating Stoke 2-0, continuing their sensational form since the former LASK boss took over from Gerhard Struber in October. The Tykes had only taken three points from six games before he arrived and now they have an outside shot at returning to the Premier League for the first time since 1998.

Bottom club Wycombe beat a stuttering fifth-placed Reading side 1-0 to keep their slim hopes of survival alive. Gareth Ainsworth performed one of the modern football miracles to get the Chairboys up from League One but faces an even bigger challenge this term, with his side now eight points away from safety. Meanwhile managerless Sheffield Wednesday sit 23rd having lost their last three without scoring a goal, as the hunt for a permanent boss continues and the initial shine of caretaker boss Neil Thompson begins to fade.

Rotherham occupy the final relegation spot, but having been hit by Covid-19 postponements they boast two games in hand on those above them. After losing their last four league games by just one goal, including the midweek 1-0 home defeat by Nottingham Forest, it is a case of fine margins for Paul Warne’s side as they look to escape the drop zone.

Birmingham, Coventry and a fading Huddersfield side are the clubs to target for those in the bottom three as Wayne Rooney’s Derby put eight points between themselves and the relegation zone with a 2-0 success over the Terriers. England’s greatest-ever goalscorer deserves huge praise for his start to life as a manager, building a strong defence to take his side away from danger.

As many expected, Chris Hughton has improved Nottingham Forest and despite only scoring two goals in their past four games, his side have accumulated seven points as they gradually climb up the table. We have a tense East Midlands derby to take in on Friday night as both sides look to take the bragging rights in what has been an underwhelming season for the East Midlands rivals.