Brian Deane can rightly be proud of scoring the first-ever Premier League goal and the former England international has no doubts his 'golden' generation of strikers laid the platform for the Premier League to grow into the best league in the world.

A prolific goalscorer who played at the highest level, the then Sheffield United striker needed just five minutes to fire his side ahead at home to Manchester United on the opening day of the 1992-93 season.

It was the start of a fine career but, just for good measure, Deane also netted from the penalty spot as the Blades claimed a memorable 2-1 victory to stun Sir Alex Ferguson's side.

Impressive victories followed that season as the ambitious South Yorkshire side more than proved their worth against some of football's heavyweights. The Blades beat Chelsea 2-1 and 4-2, upset Liverpool 1-0 and thrashed Tottenham 6-0 to make their mark, finishing in a credible 14th position.

It was the start of a golden generation of strikers - and Deane dazzled as he competed to be the Premier League's top tog.

“It was a really special time,” reflected Deane, speaking exclusively to The Sportsman.

“It was an era where you had Alan Shearer, Andy Cole, Les Ferdinand and Teddy Sheringham.

"There were some great strikers - and I was playing week-in, week-out against them all.

“It’s a different game now, but without our generation the Premier League wouldn’t be what it is today. 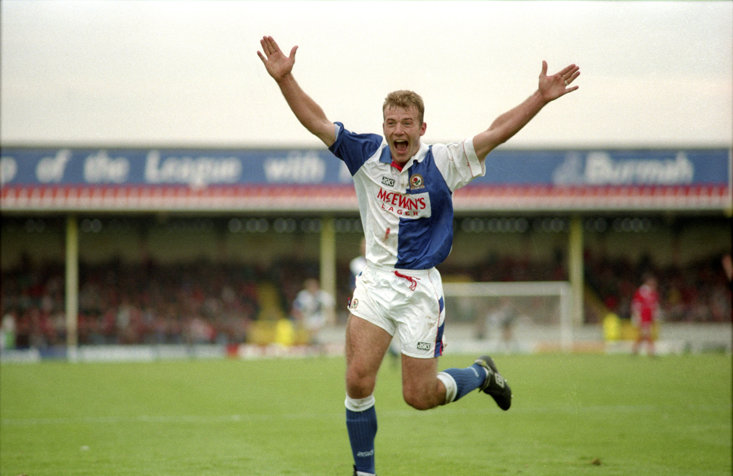 “We all wanted to be top dog – and that spurred us on to get better and score more.

"I know every one of those players would have liked to have scored that first Premier League goal.

"30 years on and we're still talking about those times and those great strikers - and I'm privileged to have been a part of it.

“We laid the foundations for the Premier League to be the best league in the world."

Deane, now 54, went on to score 20 goals in all competitions that season, with 15 of those in the Premier League on the way to cementing himself as one of the league’s top marksmen.

And 30 years later, having played for nine different clubs during an impressive 21-year professional career, he is amazed how much the standard of football has improved since his heyday.

"It was a different type of game, but there were so many great strikers and players," he added.

"I remember that game against Manchester United. I just remember that we had nothing to lose even though they were a great team."

United lined up with Peter Schmeichel in net and many other star players including Ryan Giggs, Paul Ince, Gary Pallister, Brian McClair and Mark Hughes.

But Deane remembers: "It was a daunting prospect playing a team like that, but we didn't show teams respect like teams do these days.

"You ask questions of the 'big' teams - and that's what we did. We did that for all of that season.

"If you're not confident to try and attack the game, then you're on the back foot to start with.

"It was a great win for us that day, it really set us up for the season."

*Brian has contributed to a new BT Sport film, Glory Hunters, which takes viewers on a rare journey into the world of football memorabilia and the iconic moments recalled by shirts, trophies and other items.

The film explores the world of the auctioneers who sell often coveted and valuable items.

It focuses on a Premier League anniversary auction, to which Brian contributed the shirt he wore when scoring the first ever Premier League goals in 1992.

Watch Glory Hunters on catch up on btsport.com or the BT Sport app