Athletics
News
Some of the finest athletes in the world were given one last major outing ahead of the 2020 Olympic Games
Kieran Spratt
12:05, 14 Jul 2021

On Tuesday evening, many of Team GB’s Tokyo-bound athletes were given one final major outing before the Olympic Games kick off at the end of the month. Some of the biggest names in athletics from around the globe were in action in Gateshead, hoping for one last hurrah ahead of Japan and there was plenty of action to unpackage. Here are five key talking points.

Heptathlon world champion Katerina Johnson-Thompson’s build-up to the Games has been hampered by an injury to her Achilles and the 28-year-old continued her recovery with a below par 6.10m in the long jump.

That figure falls some way short of the 6.77m she recorded en route to gold in 2019, and with just nine days until the opening ceremony, a repeat of that win in Qatar two years ago is looking slim. 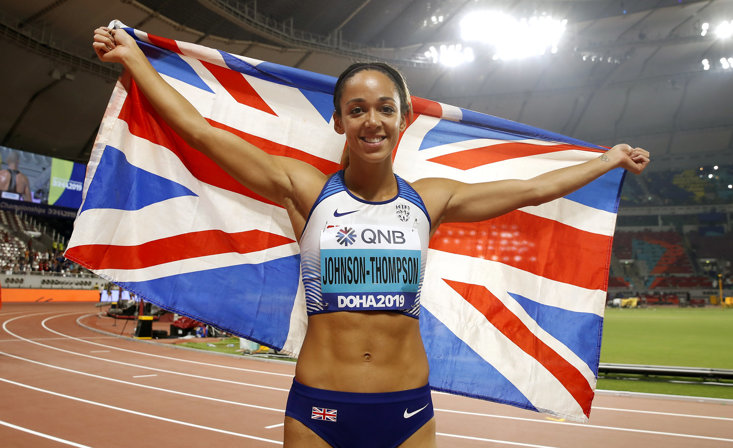 The Liverpudlian remains confident though and says that she is seeing improvements each week.

"It's always tough. Each week there's been a new challenge," she said.

"I'm glad I was able to get a full five jumps out and not get a reaction. It shows that my body can handle it.

"I'm improving every week. Every week I can see changes, I can see improvements.

It was an incredibly smooth run from the Brits, who pulled off three excellent changeovers, holding off Canada and the Netherlands in second and third.

Speaking after the win, Hughes said, “I'm really happy with the team. It's been almost two years and we only did one session before coming here. To see that we still have the chemistry and the speed is there and a world lead as well, I'm happy."

One of Team GB’s Tokyo medal contenders, Cindy Sember, heads to Japan with an excellent win under her belt after edging out an ultra competitive field in the 110m hurdles, taking a few scalps along the way.

American-born Sember dipped first over the line with 12.69 seconds on the clock, beating Payton Chadwick of the US in second and the Netherlands' Nadine Visser in third. This is her second win in Gateshead this season.

Speaking about what her ambitions are for Tokyo, Sember, younger sister of fellow hurdler Tiffany Porter, said, “I just know that I'm in really good shape. I can do pretty good things so I'm excited."

The fastest man in the world this year, the USA’s Trayvon Bromell, stormed to 100m victory in Gateshead, landing an impressive time of just 9.98 seconds. 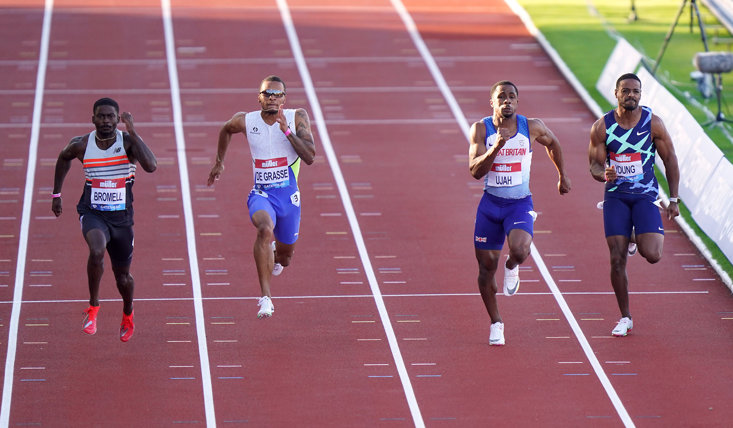 Bromell, who is recovering from an injury setback, was wheeled out in a chair after finishing last at Rio five years ago and had barely raced until last summer, but on recent performances the 26-year-old looks like he could shape up to be Usain Bolt’s heir apparent.

Team GB’s Tokyo 2020 hopeful Jodie Williams doubled up in the North East on Tuesday evening with solid performances in the 400m and the 200m, coming in second in both.

Williams, 27, has chosen to focus fully on the 400m in Tokyo and she now heads to Japan this summer on the back of a personal best 50.94s in the race. She was beaten by Commonwealth champion Stephenie Ann McPherson.

In the 200m, it was a clear win for double Olympic sprint champion Elaine Thompson-Herah who ran a 22.43, but Williams was also superb, running 22.60 - her fastest time since finishing second in the 2014 European Championships.

After a tough shift in the office, Williams told the BBC, “Tonight has been great. This year I’ve really just been trying to put myself in uncomfortable positions. I did it all through winter, all through indoors. I’ve tried to double up wherever I can and really push myself because I know when I’m standing on a final start line at the Olympic Games it’s going to be uncomfortable.