Horse Racing
News
Betfred's Matt Hulmes gives us his best tips ahead of a busy day of horse-racing in Ascot
Matt Hulmes
14:00, 14 Oct 2022

What a day we have lined up at Ascot for Champions Day. The season’s best will all lock horns in a variety of categories at one of the world’s greatest race tracks when we will crown champions both human and equine.

All eyes will be on reigning champion Trueshan in the opener after his shock defeat in the Doncaster Cup. He will certainly have his preferred soft conditions but that run on Town Moor did leave many scratching their heads as he showed wayward tendencies for the first time, veering towards the centre of the track.

Have those massive efforts last year and the huge weight carrying performance in the Northumberland Plate started to take their toll? He could dominate, but at the prices I’m happy to look elsewhere.

No 3yo has won the Long Distance Cup since it switched to Ascot but the classic generation have two talented candidates this time around that could change all that.

Waterville was an incredible winner of the Irish Cesarewitch, coming from an unlikely position to weave through runners and get up by a neck. It was an incredible performance but that was a handicap and this is his first run in pattern company so is thrown in at the deep end.

ELDAR ELDAROV meanwhile is a classic winner having looked very good when winning the St Leger five weeks ago as his star continues to rise. His only reverse came down at a mile and a half at Longchamp in July but he won the Queen’s Vase here at the Royal meeting and looks all about stamina as was easily the best at the line at Doncaster. The Roger Varian team have had a very good autumn and he can get us off to a flying start on Champions Day.

A wide open renewal with Creative Force looking to defend his title at a track he loves having also won a Jersey Stakes here and was just chinned by stablemate Naval Crown in the Diamond Jubilee this year.

Rohaan loves it here too as a dual Wokingham winner and impressive scorer of the Bengough Stakes a fortnight ago. He won’t be far away while Kinross is on a four-timer after his Prix De la Foret romp and has his favoured underfoot conditions unlike last year when a fair eighth on ground quicker than ideal.

I will take a chance though on the very fresh BRAD THE BRIEF for Hugo Palmer and David Egan. We haven’t seen the 5yo since a Group 2 success at The Curragh in May but he has won both his starts off the back of a four month break or more, including beating the 2020 winner of this race Glen Shiel easily at Haydock on his return this season. His form is certainly on an upward trajectory and he handles soft ground too. He is fourth best in on ratings and having proven himself when fresh, can outrun his double figure price. 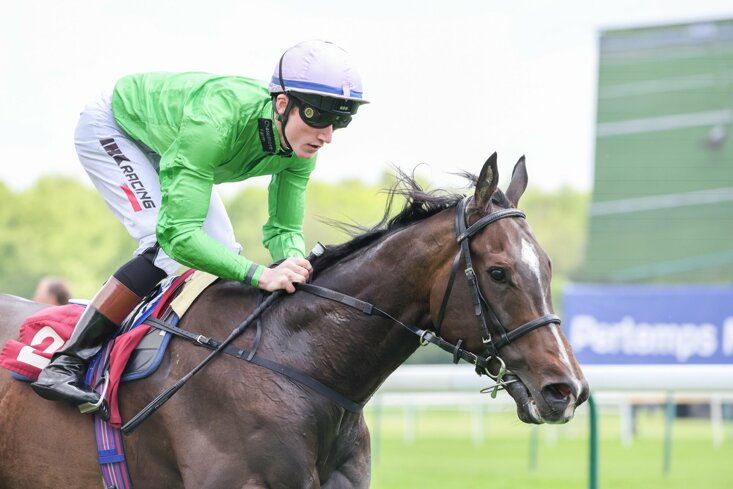 If David Egan has a good day at Ascot, then so will we as it is a third mount in a row I am backing of his with STAY ALERT in the Filles and Mares.

Although she has a little to find with the principals, there is no doubt she is a fast-improving mare and was easily the best when encountering trouble and still quickening up impressively to win at Newbury in a Group 3 last time. Her defeat to Sea La Rosa and Eshaada at Haydock can be attributed to the lack of pace as she likes to come late. Stable form is a concern but I think she is overpriced having been just a length behind Nashwa earlier in the season and having a good to soft ground victory on her CV.

Emily Upjohn sets the standard on her Oaks second but was well beaten in the King George here which may have been due to the quick ground, but she can be taken on while Eternal Pearl has gone from strength to strength but has had a busy campaign and that may well catch up with her here.

Eshaada was a surprise 16/1 winner last year but hasn’t won in three attempts yet this campaign.

Inspiral will be punters idea of one of two bankers on the card this year but we have had a short priced favourite turned over in the last two years, trained by John and Thady Gosden, and although she was impressive in the Coronation Stakes here in June, I don’t think she is bombproof at likely cramped odds in her most competitive race to date.

Modern Games was being lined up for a tilt at the Breeders’ Cup but with Charlie Appleby chasing the trainers’ title, has switched here to add some ammunition to the quest for prize money. He is arguably better on top of the ground but did get closest to Baaeed at Goodwood.

2020 winner The Revenant was only fourth last year but ran up to scratch when second again in his prep race at Longchamp and has the services of Ryan Moore.

The one to be with is JADOOMI. This mightily progressive 4yo comes here on the back of a career best effort when making all at Leopardstown on Irish Champions weekend. Going from the front at the Dublin track is not an easy conveyance but Christophe Soumillon was always full of confidence and had four lengths to spare at the line. James Doyle now rides after the Belgian’s bout of madness saw him banned for 60 days and is a more than able deputy. Having been supplemented for £70k on Monday I think he is a major threat to Inspiral. He loves to get his toe in so conditions will be ideal and he seems to have plenty going for him. 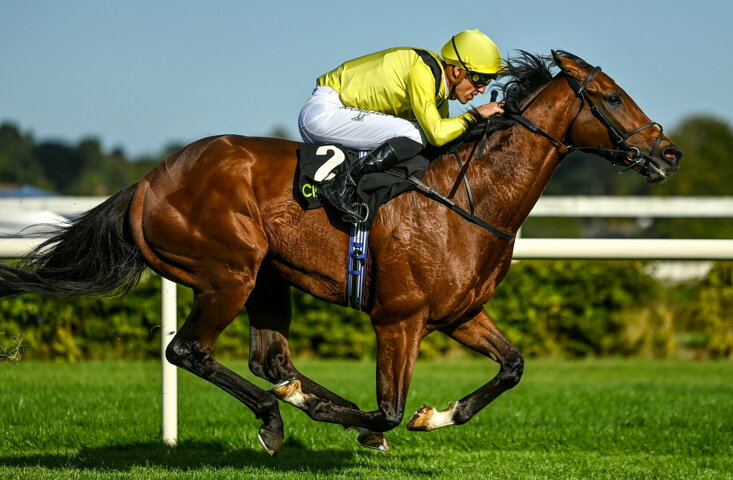 All good things must come to an end and sadly that is the case here with Baaeed’s racing career. Unbeaten in ten starts, six of them group ones and a winner on this card twelve months ago, all the superlatives have been rolled out for the son of Sea The Stars as he embarks on his swansong.

The whole racing world would love to see him retire to the paddocks undefeated and he is long odds on to do so despite his final task being his toughest.

This afternoon, he will be taking on the highest rated rival he has faced in 2021 Derby winner Adayar who will be having just his second start of the season.

Now I can’t sit here and tip up Adayar against the unbeaten superstar, but there is a train of thought that he is hugely overpriced. He showed the flame still burned bright with no more than an exercise canter at Doncaster five weeks ago and although well beaten in this race last year, that was just a fortnight after a lung busting effort in the Arc de Triomphe. He has won a Derby and quotes of around 4/1 and 9/2 are very tempting.

William Haggas also saddles last year's runner-up Dubai Honour and the three-year-old My Prospero in an attempt to pick up a few more thousand pounds to help in his Champion trainer quest, but they look to be playing for third at best behind two stars of the show. ​​​​​​

The Balmoral Handicap concludes Ascot’s card on Champions Day with all the usual straight course suspects set to go to post in this £200,000 contest.

David O’Meara has won two of the last five renewals and looks likely to have a strong hand once again courtesy of 2019 winner Escobar and recent York scorer Blue For You forming part of a five strong attack.

The William Haggas trained Sweet Believer will be popular after her second to QEII Stakes bound Bayside Boy at Sandown, as will Spring Cup runner-up Migration for David Menuisier. He hasn’t been seen since that neck defeat at Newbury in April and the stable aren’t quite firing presently but has form figures of 242 when returning from a 180+ day absence.

My main fancy for this race was Atrium, but he failed to make the cut so I will take a punt with last year’s runner-up SYMBOLIZE at a big price. He gets to run off the same mark twelve months on from that near miss and is drawn low, with all eight running’s of this race seeing runners congregate on the far side. Royal Ascot winning jockey Callum Hutchinson claims a valuable 5lb and there are lots to like about his claims despite some patchy form this season.