Football
News
The Magpies have slipped down the table, to the surprise of few supporters
Elliott Bretland
11:00, 15 Feb 2021

If taking charge of Newcastle United wasn’t a difficult enough job, with fans constantly frustrated by the stewardship of Mike Ashley, Steve Bruce just can’t win. The Magpies have in fact managed seven victories so far this season but they sit 17th in the Premier League table as they head to Chelsea on Monday night and as a result comparisons with ‘mighty’ former coach Rafa Benitez just won’t go away.

The current Newcastle boss has clearly been irked by the admiration large segments of the club’s support hold for the Spaniard compared to the disdain felt towards him by other sections of the fanbase. Speaking three weeks ago, Bruce said: "We are in the bottom half of the Premier League and have been there for the best part of 15 years. What's realistic for where we are? In between 11th and 16th, is that realistic?

"Can we aim towards the top 10? We're three, four points adrift of that. Would that be an achievement? In my eyes, probably yes.

"We matched the mighty Rafa last year. We will try to do the best we can again this year." 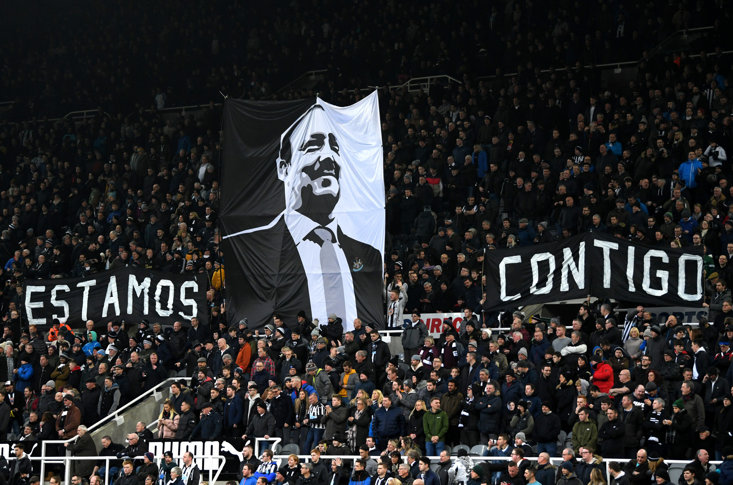 Since those comments, Bruce’s team are nine points off the top 10 and seven points off the relegation zone, but to deem it a success would be insulting to loyal supporters who have frankly had enough of their team only just keeping their heads above water.

It’s clear Bruce feels he is constantly fighting with a reputation which falls below the perceived standard of Benitez. Much like a person sick of their partner talking about an ex and making comparisons, it must be hard not to feel he is coming up short despite his best efforts. Especially when you consider he achieved 44 points during the 2019-20 campaign - Benitez managed the same haul in 2017-18, though finished three places higher, and got only one point more in 2018-19. He did match the man he replaced, but the feeling towards the two men couldn’t be starker, even more so now Newcastle are struggling more than before.

To make matters worse for Bruce, his Magpies this season are on track to only achieve 41 points; so far they have 25 from 23 matches, that’s relegation dogfight form. It will usually keep you up but you’ll constantly be looking over your shoulder, perhaps even until the final game of the season.

Under Benitez Newcastle looked more organised, and what they lacked in quality they made up for in being well-drilled and grinding results out, they knew how to get the better of the opposition. Last year, independent fan site The Mag said: “Under Steve it has sometimes been difficult to work out what the tactics are, other than defending deep and hoping Miguel Almiron or Allan Saint-Maximin will create something on the break.” 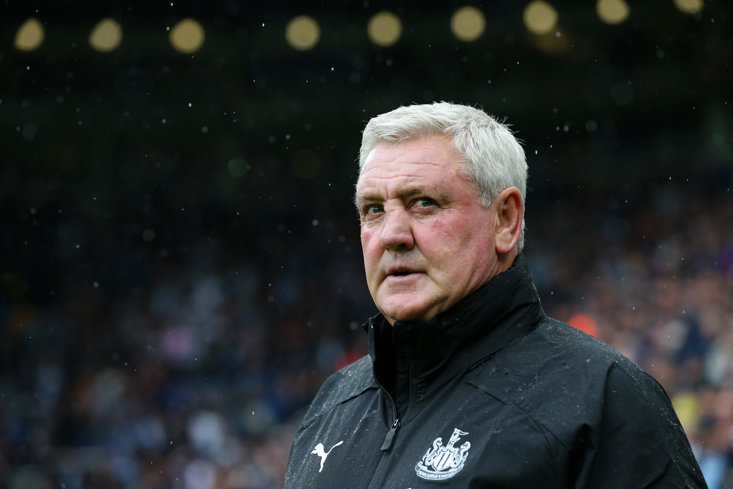 In the two full Premier League seasons under Benitez, Newcastle won 12 matches in each, losing 18 and drawing eight in 2017-18 and only going one better the campaign after, drawing nine and suffering defeat on 17 occasions. Last season, Bruce only lost 16 games - a better record than Rafa - but managed only 11 wins. However, what really tells a story are the respective goal tallies. Under Benitez, Newcastle averaged 40.5 goals and let in 47.5 goals.

Under Bruce last term, they scored a goal a game on average but conceded 58. This year, they have 25 goals in 23 games but have already conceded 38. Continue at that rate and Newcastle will finish with a goals against tally of 62, which would prove that they have become even more porous.

Also, besides the stats and figures, Benitez has managed Inter, Liverpool and Valencia, winning silverware at each. While Bruce captained Manchester United to the double, his managerial career is far less glamorous, taking in spells with Wigan Athletic, Sunderland and Hull City among others. Sadly, preconceived judgements can be hard to shift in the fickle world of football. No matter what Bruce does, as soon as things don’t go to plan, he will constantly be compared to the man who managed Newcastle before him.

However, the numbers don’t help him. While Benitez once famously wanted to look at the facts during a rant at Sir Alex Ferguson during his time in charge at Anfield, Bruce would likely prefer to ignore them as the stats won’t make for good reading as he continues to claim his tenure at St James’ Park is a successful one.