Football
News
The Sportsman team have picked from a full domestic calendar for a tasty accumulator
Conor Keane
13:03, 16 Sep 2021

It’s that time of the week again, it’s The Sportsman’s weekly accumulator. Last week we restored some pride as we managed to bounce back from our poor run of form and responded with a respectable four out of seven.

This time the odds are even bigger and our tipsters have gone bold with this week’s selections, which amount to a jaw-dropping 4660/1. Here is this week’s seven-fold, odds courtesy of Betfred.

Arsenal haven't beaten Burnley home or away since August 2019, with two draws and a defeat from their last three. Arteta will be looking to get his Gunners gunning and may go for the jugular, but Burnley are battle hardened and, like they did at Everton on Monday, snatch a goal against the run of play and drop the proverbial anchor. Burnley to win this one and pile even more pressure on Mikel Arteta

The Posh sit in the relegation places this season and haven't beaten the Blues at London Road since 1993, but logic never wins me a bet so I'm going for Darren Ferguson's men to triumph at home.

Everton go into Saturday’s 5:30 kick-off unbeaten so far this season, but they displayed a hint of defensive fragility against Burnley on Monday night, conceding first before going on a quick-fire three-goal rout at Goodison Park with some free-flowing attacking finesse. Aston Villa haven’t really got going so far, falling short against Chelsea last weekend despite dominating the first half at Stamford Bridge. I reckon they’ll get a goal this weekend but won’t prevail.

Despite constructing a team that, on paper, should walk League One, the Tractor Boys are floundering in 22nd. Paul Cook's men have conceded at least twice in each of their six league games this season, losing three and drawing three. The Blues, who have already conceded 18 goals in all competitions, have also only won three of their last 15 away games in the league. 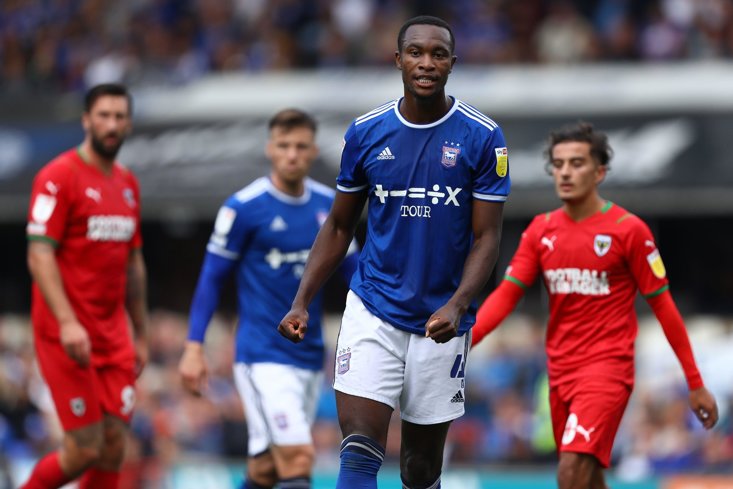 The Terriers have been one of the surprise packages of the second tier so far, while Forest have been nothing short of a shambles under Chris Hughton. An impressive 3-0 midweek win at Blackpool puts Carlos Corberan's side just two points off the top, and they should be able to keep up this good form against a lowly Forest side.

Chelsea to beat Tottenham Hotspur and Under 2.5 goals (11/4) – Megan Fitzpatrick

Thomas Tuchel's unbeaten Chelsea side will be eager for a win over their London rivals, and I believe they are a shoo-in to come away with the three points. But before Crystal Palace put three past a 10-man Spurs last week, Nuno's side were on a run of clean sheets so I don't expect Chelsea to run riot at White Hart Lane.

Norwich have been rather unfortunate with the hand they have been dealt in terms of their early fixtures in the Premier League. They have recruited well over the summer which shows they have tried to learn from their mistakes two years ago. They may have lost 3-0 against Liverpool but they showed glimpses of danger  on the break, they just lacked that distinct killer pass. Watford have lost three on the spin after their excellent opening-day victory against Aston Villa and fans are already growing impatient with Xisco Munoz.

In what will be Norwich’s first real test this season against a side closer to their level, I favour them to get their first points on the board.