Football
News
From the academy to the captaincy, McGregor has done it all with The Hoops
Graham Semple
08:00, 23 Jan 2022

Callum McGregor made his first outing in green and white as a fresh-faced youngster in the Celtic Academy. He has since provided his employers with twenty years of stellar service, and his unwavering commitment will continue for seasons to come.

McGregor has made a harmonious transition into the captaincy role this season. Wailing instructions and coaxing teammates is not his style; he prefers to lead by example and earn respect through performances.

Since Ange Postecoglou arrived at Celtic Park, the turnover in playing personnel has been considerable. The manager has rejigged the squad in his image, and McGregor has provided much-needed quality and continuity.

McGregor was a prominent figure in the quadruple treble years, and he has adapted his role in recent seasons. The lung-busting dashes into advanced areas have become less frequent - as have goals - and there has been a greater emphasis on positional discipline.

The club-stalwart is equally adept at performing deeper, and he still manages to orchestrate waves of attack with quick-thinking and precision passing. He has had to become more defensively aware, yet his first movement in possession is always progressive.

In the 2018/19 campaign, McGregor played more minutes than any other footballer in the world. It is a leaderboard he regularly features on, and his durability has enabled numerous managers to form a team around his skillset.

His attendance record is almost as impressive as his consistency, and Postecoglou will be hoping his January recruits will ease the burden on his ever-present midfield dynamo. 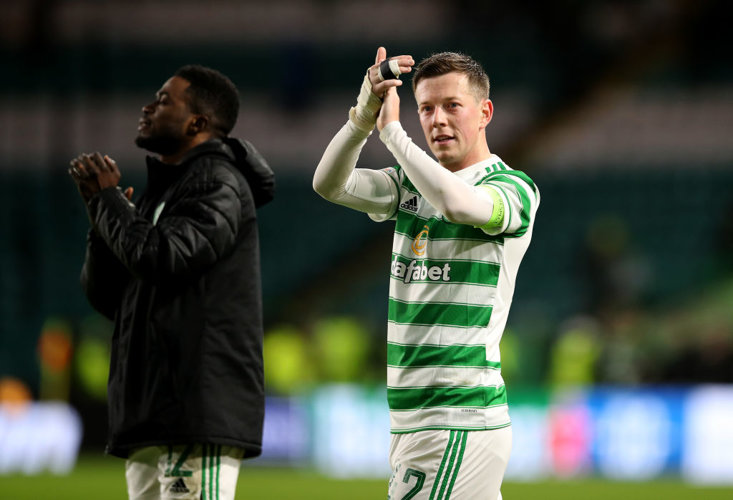 It is easy to forget, but Scotland’s only goalscorer at Euro 2020 started the tournament on the bench - and McGregor would have been even further down the pecking order if Ryan Jack, a Steve Clarke favourite, had been available for selection.

Like many of his colleagues, McGregor has rarely transferred his domestic performances to the international arena. His tenacious display at Wembley in the goalless draw with England was his finest in dark-blue, and he has since become an integral part of a nation’s resurgence.

It is a testament to McGregor’s perseverance that his place in the Scotland team is no longer vulnerable. He was influential in a relatively successful World Cup qualifying campaign - and is flourishing in the engine-room alongside Billy Gilmour and John McGinn.

Apart from a successful loan spell to Notts County in the 2013-14 season, where he teamed up with a certain Jack Grealish, McGregor has spent his entire career in Hoops. His loyalty to the club that he entrusted with his breakthrough is commendable, and an unbreakable bond has formed.

It must be sorely tempting for the midfielder to follow former teammates south of the border. Kieran Tierney, Virgil Van Dijk, Stuart Armstrong and Odsonne Edouard are all proving their worth in the Premier League, but the Celtic captain has resisted calls to follow a well-trodden path.

A reunion with Brendan Rodgers at Leicester City seemed a realistic possibility not long after the Northern Irishman ventured to the King Power. It did not materialise, and it is unlikely to be mooted again.

It is refreshing that a quality performer has not found the lure of the Premier League irresistible. Challenging for trophies and competing in Europe are unique selling points for Celtic and Rangers, and the merits of playing in Scotland are too readily dismissed.

McGregor has amassed 15 winner's medals so far - and he still has another five or six years left to add to his haul. His status grows with each passing season, and he has a chance to cement his legacy as a leader.

McGregor's primary focus is on reclaiming the Premiership title and earning a spot in the Champions League group stages. He has competed against the elite before, but the iconic anthem has not reverberated around a raucous Celtic Park for four years.

A Champions League return is a target for McGregor, but a potential November jaunt to Qatar also looks appealing.