Alen Babic made it nine knockouts from nine fights after destroying Eric Molina in just two rounds at the 02 Arena on Saturday night.

Things are seldom dull when ‘The Savage’ is in the building and that trend continued with a woeful Molina hitting the canvas inside just 10 seconds. Molina held on desperately after the early setback, bull-charging Babic at every opportunity to buy precious time, and the American even managed to fire back with a few warnings of his own. He managed to survive one of the most entertaining, albeit one-sided, opening stanzas of the year. But only just.

The fun continued in the second, with Molina hitting the deck twice again in the opening minute. The third and final came seconds later; mercifully the referee had had enough and given his performance, so had Molina. Tougher tests will certainly come for Babic, who goes to 9-0 (9), while Molina, who is a veteran of the game, simply has to consider hanging up his gloves for good.

Promising heavyweight Johnny Fisher improved his record to 4-0 (4) after demolishing Alvara Terrero in just two rounds. The massively popular ‘Romford Bull’, fighting under a chorus of ‘there’s only one Johnny Fisher’ from the thousands of partisan fans watching on, delivered three knockdowns in the second, leaving the Spaniard’s team with little choice but to throw in the towel. The referee had actually missed the towel, but was already in the process of waving the fight off anyway. 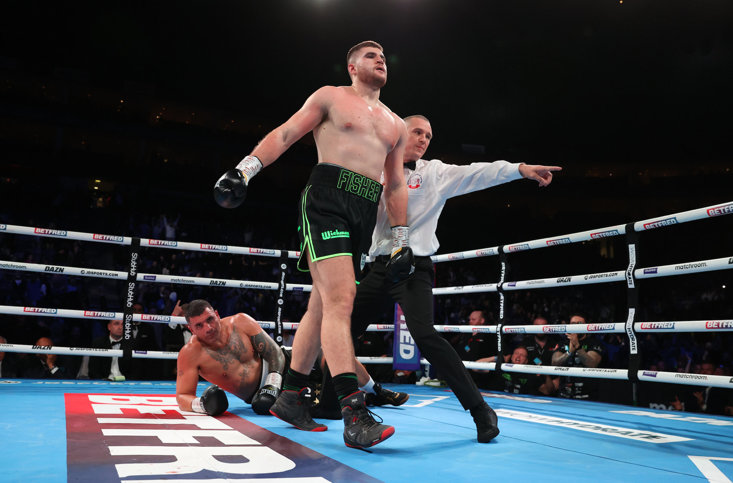 Tererro, who was stopped by another talented British heavyweight, Solomon Dacres, inside four rounds back in June, is wilier opposition than his 5-13-2 pro record gives him credit for, but was utterly blitzkrieged by the hometown hero. He’s certainly raw, but the future’s bright for Fisher.

Craig Richards got back to winning ways after beating Marek Matyja inside six rounds. The Crystal Palace native was beaten by Dmitry Bivol in May, but overcame a decent test in Matyja to get his promising light-heavyweight career back on track.

Richards, who made his way to the ring adorned in a mask from Squid Game and to key music from the hugely popular show (He won’t be the last, will he?), took a while to find a breakthrough, but when he did he took it with aplomb. A thunderous right uppercut in the sixth stanza was the beginning of the end for the away fighter, sending him into utter disarray.

The brave Pole managed to survive for longer than many expected, but was unable to fire back and after being hit with a final huge left, the referee was forced to step in and wave off the fight. Despite protests from Matyja and his team, it was the correct decision. Richards moves to 17-2-1 (10). 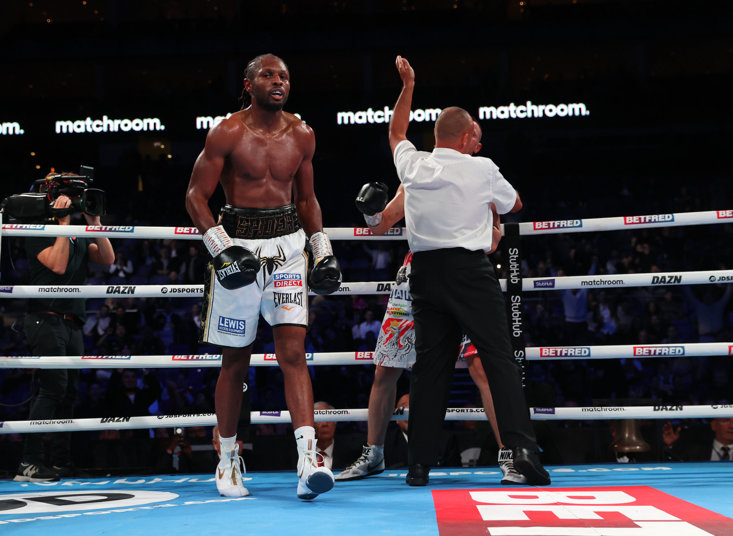 Fight fans were treated to an absolute barnstormer as Youssef Jhoumari and Jorge David Castaneda collided for the WBC International Silver super-featherweight title. In arguably the fight of the night, Wembley’s Khoumari was handed the first defeat of his professional career after Castaneda took a majority decision via scorecards of 95-95, 97-94 and 96-94.

The Brit had started the bout brightly, but faded severely in the latter stages, leaving the door wide open for his Texan opponent, who simply never gave up. Khoumari’s record now stands at 13-1-1 (5), while the American moves to 15-1 (11).

Elsewhere on the card, featherweight Ellie Scotney improved to 3-0 with a classy points win over Eva Cantos, while cruiserweight prospect Jordan Thompson needed just one round to put away Piotr Podlucki.