Boxing
News
The 21-year-old takes on Lee Glover on the Benn vs van Heerden undercard in Manchester this weekend
Kieran Spratt
16:05, 13 Apr 2022

Lightweight prospect Campbell Hatton says he has been forced to develop a thick skin early on in his blossoming professional career following his controversial win over Sonni Martinez last September on the Anthony Joshua vs Oleksandr Usyk card.

Campbell, the son of British boxing legend Ricky Hatton, is looking to extend his blossoming professional record to 7-0 in Manchester this weekend on the undercard of Conor Benn’s welterweight showdown with Chris van Heerden.

However, the Hyde fighter admits that he was far from his best when he was awarded a controversial points win over Martinez last year at the Tottenham Hotspur Arena. Hatton looked destined for the first defeat of his career after being outboxed by the Spaniard for six rounds, but the 21-year-old was judged to have done enough on the judges’ scorecards and narrowly escaped with a points win.

The controversial result was widely derided within the boxing world, leading Hatton to be on the receiving end of some unnecessary abuse, especially online. But the unbeaten star believes that the episode will stand him in good stead going forward and things can’t get worse than they did in the aftermath of his win over Martinez.

“First thing I did was delete all my social media for a bit, just to put it out of my head and block it out.” Hatton told Dom McGuinness and Anthony Crolla on the Lightweight Boxing Show.

“I was absolutely gutted. I massively underperformed on that night. But I think in the long run that will stand me in good stead. 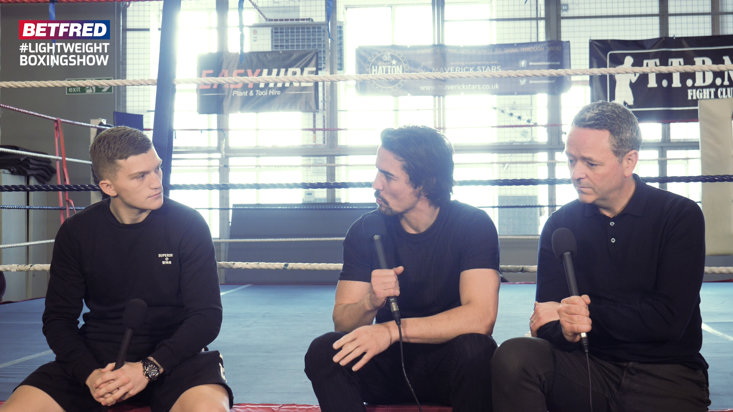 “One thing Matt [Uncle and former European welterweight champion Matthew Hatton] said to me was that It takes fighters years to develop a thick skin and be able to put up with the criticism and being under the spotlight and all that.

“Whereas I've been able to develop that thick skin early on in my career, where going forward, I know nothing's going to top the stick I got after that, no matter how bad things get. Or if I was to really underperform again or you know, get beat.

“I know it can only be as bad as that. Can't get any worse. So it's a bit like a -- bit of a safety net now where I can just crack on and take that pressure off myself.”

Hatton has fought twice since the Martinez controversy, beating both Attila Csereklye and Joe Ducker inside the distance. He’ll be looking to extend that record at the Manchester Arena on Saturday night when he takes on ‘The Tipton Slasher’ Lee Glover.