Vasyl Lomachenko added further credibility to the claims he is boxing’s current pound-for-pound king this weekend after hammering poor Anthony Crolla around the Staples Centre for four rounds and says he’ll be fighting again in September.

The two-time Olympic gold medallist improved his professional record to 13-1 (10) and after picking up titles in three weight divisions along the way, the question is - can anyone beat him?

Below, TheSportsman picks out 5 potential opponents the wizard-like Ukrainian could fight this year.

Loma had already expressed an interest in fighting the Hull man shortly after conquering another Brit this weekend, citing his love for the UK boxing fans and the interest a bout between the two Olympians could generate.

Campbell has seen a career resurgence since a shock defeat to Yvan Mendy at the end of 2015, winning eight of his last nine fights and avenging his earlier loss along the way.

His one blemish in that period was against former Lomachenko and Crolla foe Jorge Linares, but the Briton put in a sublime performance that night and proved he could definitely mix it with the lightweight division’s big boys.

TheSportsman’s Upset Rating (2/5): Luke Campbell is a classy operator and is among the best the division has to offer. However, defeat to an over the hill Linares shows he might not quite on the level needed to claim Loma’s throne as his own. 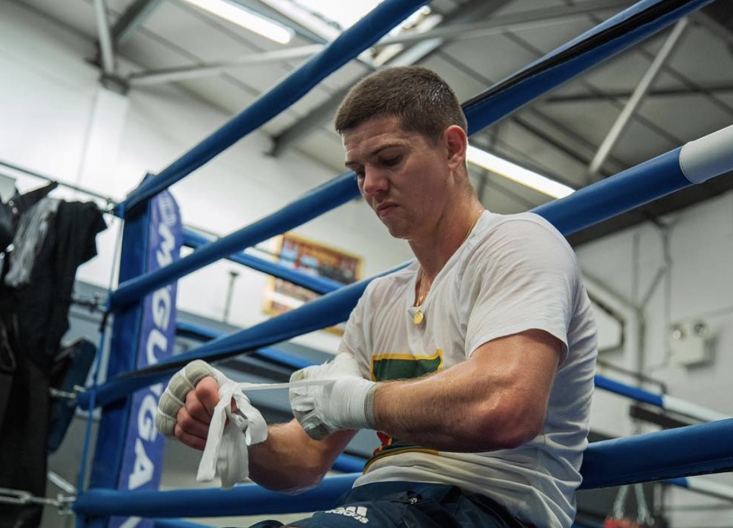 In the midst of rebuilding his career following his 12 round annihilation at the hands of Errol Spence Jr last month, Mikey Garcia is still the best opponent out there for Loma.

Having made the mammoth jump up to 147lbs in a brave but ultimately futile attempt at Spence’s welterweight titles, a return to lightweight would be a punishing one on his body and he’ll perhaps need to take a tune-up fight before jumping in with the in-form Loma.

TheSportsman’s Upset Rating (4/5): Despite coming off a devastating loss, Garcia has the tools and the size to give Loma problems but it remains to be seen how damaging the hammering Spence gave him was psychologically to the Californian.

A fight between Loma and 21-0 (20) super-featherweight Gervonta Davis has been mooted for some time now and it’d certainly generate a lot of hype and subsequently a lot of cheddar.

Davis is one of boxing’s rising stars and the protege of a certain Floyd Mayweather Jr but as tantalising a match-up this is, the two fighters are simply at different points in their careers right now.

Never say never, and you wouldn’t bet against Loma moving down for a blockbuster clash with Davis one day - sadly, it probably won’t be this year.

TheSportsman’s Upset Rating (3/5): ‘Tank’ is building up a reputation as a bit of KO artist and could definitely give Loma a test at 130lbs but his chances to win can only improve if this potential showdown is left to simmer for just a while longer. 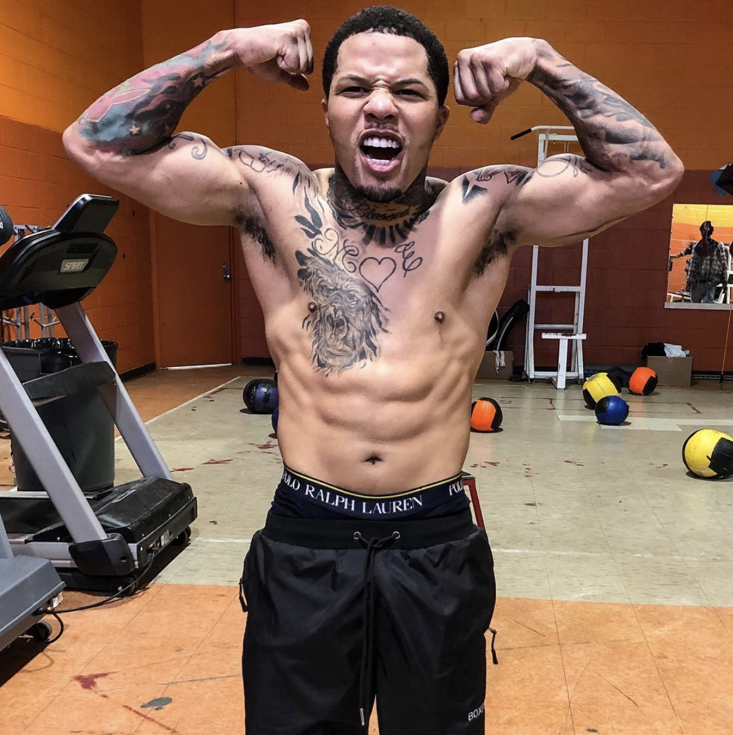 IBF title holder Richard Commey had been in line to fight Lomachenko on Friday night but a hand injury forced him out of the clash leaving Crolla to take his place and the tall and tough Ghanaian would arguably have had a better skillset than his replacement in dealing with the wily Ukrainian.

Back-to-back split decision defeats to Denis Shafikov and Robert Easter Jr in 2016 are the Accra-born fighter’s only hiccups in a 30-fight pro career.

TheSportsman’s Upset Rating (2/5): Probably the most logical fight to happen for Lomachenko in September and there’s no question Commey would be game opposition for the man they call ‘Hi-Tech’ but you can be confident in predicting another Loma win if this was to happen.

The long shot. Teofimo Lopez is being touted as another of boxing’s hottest prospects and the lightweight nicknamed ‘El Brooklyn’ is already being considered as a potential opponent for Lomachenko somewhere down the line.

The New York native has already stated he wants Loma eventually and even claimed this weekend that Loma had swapped hotels to get away from him.

Like Davis, this fight can be filed under ‘one for the future’ and we’re more likely to see Lopez fight Richard Commey first - a win against the Ghanaian and maybe his name could be one step closer to being at the front of the pack of potential Loma opponents.

TheSportsman’s Upset Rating (2/5): Too early to say, despite the prospect carving out a brilliant CV in his pro career so far, it would be hard to sell this fight in 2019. Like Loma said himself, “Teofimo Lopez is nothing in boxing right now.” 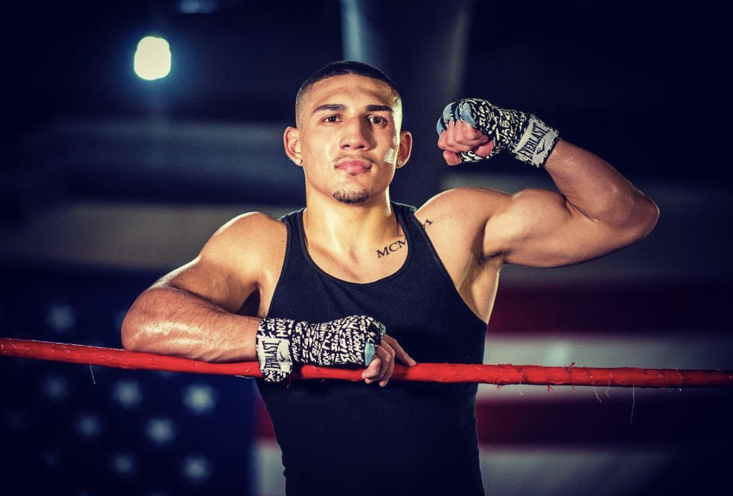 Instagram: teofimolopez
More
boxing
Raging Bull: Behind Jake LaMotta’s Six Fight Saga With Sugar...
When director Martin Scorsese released the biographical drama Raging Bull in 1980, it became the magnum [ ... ]
boxing
Taylor Gets Persoon Rematch And Four More Boxing Stories You...
From highly-anticipated rematches to generous gestures, here’s your round up of five of the week’s [ ... ]
boxing
WBC Orders Campbell Vs Garcia And Four More Boxing Stories You...
From boxing biopics to glove tampering allegations, here are five boxing stories you might have missed [ ... ]
boxing
Katie Taylor Vs Amanda Serrano And Four More Boxing Stories...
From quarrelling managers and promoters, to more members of boxing’s royalty clamouring to return [ ... ]
boxing
Whyte Sues And Usyk Stands Firm In Another Bonkers Week Of Boxing...
The world of boxing has been as tumultuous as ever this week with the potential heavyweight clash between [ ... ]
boxing
Mike Tyson: From Bullied Pigeon Enthusiast To The Baddest Man...
Like no other sport, boxing has provided sanctuary and a future for countless lost souls for more than [ ... ]
boxing
Lennox Lewis, Mike Tyson And The Craziest Boxing Press Conference...
”I’m no Mother Teresa... I’m not Charles Manson either.” - Mike Tyson On June [ ... ]
boxing
AJ Vs Fury Gets Closer And Four More Boxing Stories You May...
Coronavirus may have played havoc with the 2020 boxing calendar for the foreseeable future but that [ ... ]
boxing
Dillian Whyte, The UFC And Four Other Boxing Stories You Might...
Coronavirus may have played havoc with the 2020 boxing calendar for the foreseeable future but that [ ... ]
boxing
Eyes On The Prize: What We Know About Iron Mike Tyson’s Boxing...
The sporting world has been caught up in Mike Tyson fever since the former world heavyweight champion, [ ... ]
boxing
Tyson Fury Wants To Help You Transform Your Mind And Body With...
WBC heavyweight world champion Tyson Fury will be sharing his secrets for staying in fighting-fit shape, [ ... ]
boxing
UFC President Dana White Urges Mike Tyson To Reconsider Ring...
UFC chief Dana White has urged his close friend Mike Tyson to reconsider a return to boxing at the age [ ... ]
boxing
Holyfield's Ring Return And Four Other Boxing Stories You Might...
Coronavirus may have played havoc with the 2020 boxing calendar for the foreseeable future but that [ ... ]
boxing
No Spit Buckets And No Fans Among BBBofC Proposals To Bring...
Boxers will have to walk to the ring in protective masks and without their trusty spit buckets if the [ ... ]
boxing
Mayweather vs Pacquiao: Five Years On From A Fight That Was...
In an ideal world, we would be celebrating the tenth, maybe even eleventh anniversary of Floyd Mayweather [ ... ]
boxing
Iron Mike’s Return And Four Other Boxing Stories You Might Have...
Coronavirus may have played havoc with the 2020 boxing calendar for the foreseeable future but that [ ... ]
boxing
How Hearn's Virtual Press Conference Dream Reignited Froch's...
When promoter Eddie Hearn declared that Joe Calzaghe and Carl Froch topped his list of the dream boxers [ ... ]
boxing
Joseph Parker's Popularity Skyrockets And Tyson Fury Is Partly...
Few boxers have seen their stock rise so highly without having set in foot in the ring as former WBO [ ... ]
boxing
At 48, Shannon Briggs Follows Paulie Malignaggi Into Bare Knuckle...
In the least surprising story of 2020, two-time heavyweight boxing world champion Shannon Briggs has [ ... ]
boxing
Looking Back At Amir Khan's Five Best Performances As Retirement...
Amir Khan’s 16-year professional career may be nearing its conclusion but the 33-year-old is adamant [ ... ]
boxing
George Foreman Says Deontay Wilder Will Beat Tyson Fury And...
Former two-time world heavyweight champion George Foreman has stepped in to give Deontay Wilder some [ ... ]
boxing
Fight Fans Rejoice! Canelo And Golovkin In Talks For September...
Mexican superstar Saul ‘Canelo’ Alvarez and Kazakhstan’s tough-as-nails Gennady Golovkin [ ... ]
boxing
Usyk Aiming To Be The Spanner In The Works For Potential Fury...
Oleksandr Usyk is the man looking to ruin the biggest fight in British boxing history and scupper any [ ... ]
boxing
After Defeat To Tyson Fury, Deontay Wilder's Aura Of Invincibility...
Former Mike Tyson trainer Teddy Atlas has compared Deontay Wilder to a ‘spoilt brat’ insisting [ ... ]
boxing
Dereck Chisora Sees A Big Mountain To Climb Against ''Boy’s...
Amongst the headlines of Corona-this and Corona-that, you might have missed the announcement of a blockbuster [ ... ]
boxing
Usyk, The Ultimate Road Warrior, Will Relish Fighting Chisora...
The supremely-gifted Oleksandr Usyk will visit these shores once more as he looks to defend his unbeaten [ ... ]
boxing
Former US Marine Stands In The Way Of Frampton Becoming Three-Weight...
Carl Frampton is looking to become a three-weight world champion this summer as a fight with WBO [ ... ]
boxing
Jono Carroll Promises To Break Scott Quigg's Heart Ahead Of...
This weekend, the Manchester Arena will welcome a tasty super-featherweight clash between [ ... ]
boxing
Taylor Set For ''Biggest Female Fight Ever'' Against Seven-Weight...
Katie Taylor’s fight with Amanda Serrano has been billed as "the biggest female fight of [ ... ]
boxing
''If It Makes Money, It Makes Sense'' - Floyd Wants $600m To...
Floyd Mayweather has insisted it will take a whopping $600m to get him back in the ring to fight Conor [ ... ]
This website uses cookies
Cookies help us and our partners provide statistics. By browsing this website, you consent to the use of cookies in accordance with our Privacy Policy and Cookies Policy.
Accept & Close