Saturday brings the fifth and final day at Royal Ascot, and the ground will be very testing after all the rain that fell after racing on Thursday.

The longest juvenile race of the week will take some getting for these youngsters over the stiff seven furlongs.

Two years ago it was Godolphin’s Pinatubo who beat O’Brien’s Lope Y Fernandez and the boys in blue rely on Yarmouth winner New Science under William Buick. Charlie Appleby has already saddled a Royal Ascot winner this week who last ran at the East Anglian track, and he looked very professional on debut in beating The Queen’s Reach For The Moon, who reopposes and will have Frankie Dettori in the plate.

The selection goes to MASEKELA though, who won very tidily on debut at Goodwood on soft ground. Oisin Murphy earmarked this as a leading chance for him this week and he has already teamed up with Andrew Balding to win the Coventry on Tuesday.

The Jersey Stakes has been won by the likes of Indian Ridge, Mozart and Ribchester in the past, and this year the Group 3 could be won by the lightly-raced BELLOSA. The daughter of Awtaad landed a gamble on debut at Newmarket and then backed it up by winning a listed contest the next time out. Ground should be fine too for the filly and she could give Jane Chapple-Hyam a first victory in the race.

Godolphin’s Creative Force has produced a hat-trick of wins so far this season for Charlie Appleby and is likely to head the betting, alongside Charlie Hills’ Mutasaabeq. The son of Invincible Spirit bolted up at the Craven meeting before finishing seventh in the 2000 Guineas. 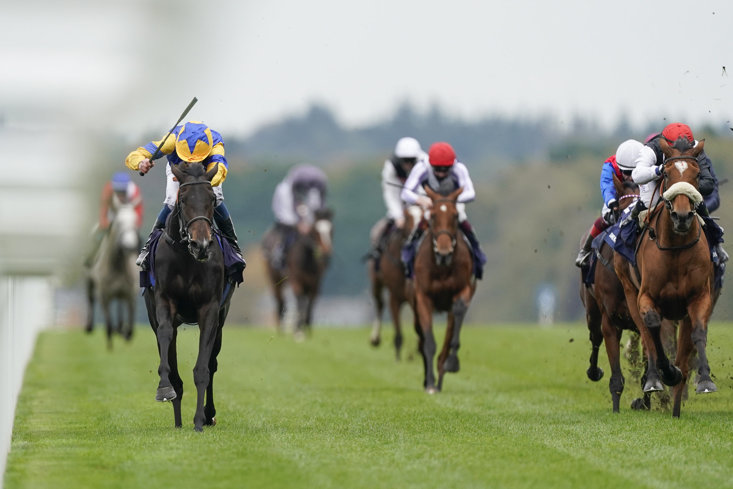 WONDERFUL TONIGHT HAS THE POTENTIAL TO LEAVE THE FIELD BEHIND

WONDERFUL TONIGHT is a dual Group 1-winning heroine who won over track and trip in soft ground in the Champion Fillies’ and Mares in October. She also won the Prix de Royallieu at Longchamp over 1m 6f on heavy ground so acts with cut and stays well, traits that will be required this afternoon.

ALBAFLORA is another filly who loves soft ground and Ascot. She beat a subsequent Group 3 winner by seven lengths over course and distance last month and ran ok at Epsom in the Coronation Cup last time. she rates a decent each-way play at a double-figure price.

2019 St Leger winner Logician is on a retrieval mission after well held third at Newbury while his victim at Doncaster in that classic, the consistent Sir Ron Priestley, has come back in good form after missing last season and was a good third in the Yorkshire Cup last time.

The Diamond Jubilee Stakes is the feature on the final day of Royal Ascot and looks a very competitive renewal with Dream Of Dreams set to go off as favourite. The seven-year-old has finished runner-up in the race twice and Sir Michael Stoute is hoping it is third time lucky this time around.

The selection, though, is GLEN SHIEL for Archie Watson and Hollie Doyle. Formerly trained by Andre Fabre, the seven-year-old took his form to a new level last season, winning the Phoenix Sprint Stakes before taking the Group 1 QIPCO Champions Sprint over course and distance. The softer the conditions the better, which gives the gelding every chance.

The annual cavalry charge that is the Wokingham looks as difficult as ever to solve.

Chiefofchiefs won the Silver Wokingham last season and is only 4lb higher for the main event, while course and distance winners Fresh and Chil Chil, who were also victorious on their latest starts, have leading claims.

One horse who loves the mud is PUNCHBOWL FLYER, whose trainer and jockey have already tasted Royal Ascot success this week. His form figures with ‘soft’ in the going description read 61711511 and he took his form to a new level when beating Bielsa by a nose at Haydock. He makes plenty of appeal despite the 5lb penalty.

At a bigger price, I cannot let DANZENO go unbacked. He has been a model of consistency and although he’s now a 10-year-old he shows no signs of slowing down. As a result, he is getting no aid from the handicapper but he relishes soft ground. He was fifth in the 2017 running and third two years ago. His course figures read 23514003339 and at around 33/1 and extra places available, I will risk a couple of quid each way having been placed on nine of his last 10 starts.

Last year’s winner Hey Jonesy is just 1lb higher than 12 months ago and showed signs of a revival when third at Chester three weeks ago. 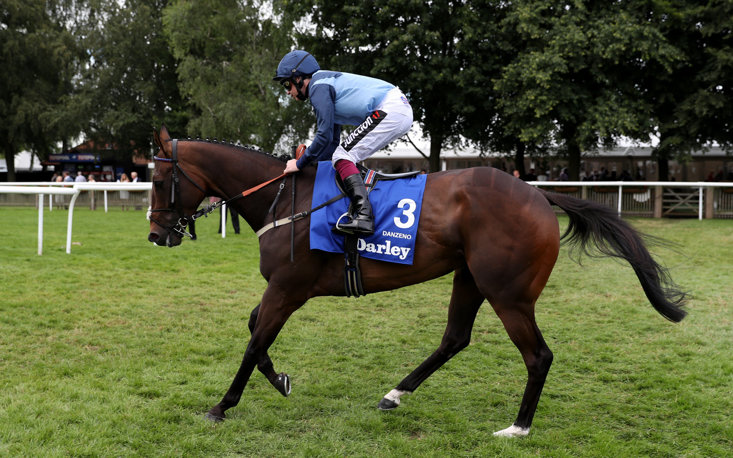 DANZENO IS WORTH AN EACH-WAY BET

Alfaadhel will be the one they all have to beat in the Golden Gates. Roger Varian has always spoke very highly of the three-year-old colt and if he can transfer his AW form to the turf, then he has a big chance.

The selection, however, is PYTHAGORAS. Having shown some really good form last season, the plan was to run in the Derby, but having finished fourth in the Blue Riband Trial and then sixth in the Dante, the son of Zoffany was rerouted to the Hampton Court but was a late non-runner. A drop down in grade should give him every chance and he is expected to get back to winning ways.

The final race of the week is the longest of the flat season over almost two-and-three-quarters of a mile, with testing conditions meaning you will need to stay well.

Falcon Eight won the Chester Cup under Frankie Dettori six weeks ago and the Italian will be looking to bookend the meeting having ridden the first winner on Tuesday. He is beautifully bred and well related but desperate ground does raise a question mark.

There is no issue with the ground for STAG HORN though, and I think Hollie Doyle can cap another memorable week on Archie Watson’s stayer. He has won on heavy ground at Catterick last season and over 2m 2f at a stiff Pontefract on soft ground back in October, beating last year’s runner-up of this race, The Grand Visir.

We hope you have enjoyed the week as much as we have and backed a few winners along the way!