Boxing
News
At 41, Kubrat Pulev doesn't have long left to get the credit his impressive record deserves
Joey Mills
11:35, 09 Jul 2022

Much of the talk surrounding Derek Chisora’s upcoming heavyweight bout with former two-time title contender Kubrat Pulev has surrounded ‘Del Boy’. A compelling attention-magnet, the charismatic 38-year-old’s commanding presence and enigmatic personality means he can still headline the O2 Arena in London despite not winning a fight since 2019. But what of his opponent?

Pulev is playing second fiddle in the build-up to this heavyweight attraction. It is a position that he perhaps prefers. But his status as a spare part in the preliminary chatter is doing ‘The Cobra’ a grand disservice. The Bulgarian brute is one of the most underrated heavyweights around today and, in another era, he might well have ruled the roost.

Pulev has lost just twice in his 31-fight career. Those two losses both came in fights for the world heavyweight championship. Wladimir Klitschko stopped him in five rounds while Anthony Joshua managed it in the ninth session. There is no shame in losing to two excellent champions and no other fighter, Chisora included, has managed to find a way past Pulev before or since.

‘Del Boy’ lost a split decision to Pulev in their first fight back in 2016. The 41-year-old also holds wins over former world champion Samuel Peter as well as title challengers Tony Thompson, Hughie Fury, Kevin Johnson, Matt Skelton and Alexander Ustinov. He is a former European heavyweight champion and has firmly established himself as one of the best of the rest in the division.  If he had been born earlier he likely would have even landed a world title belt or two. 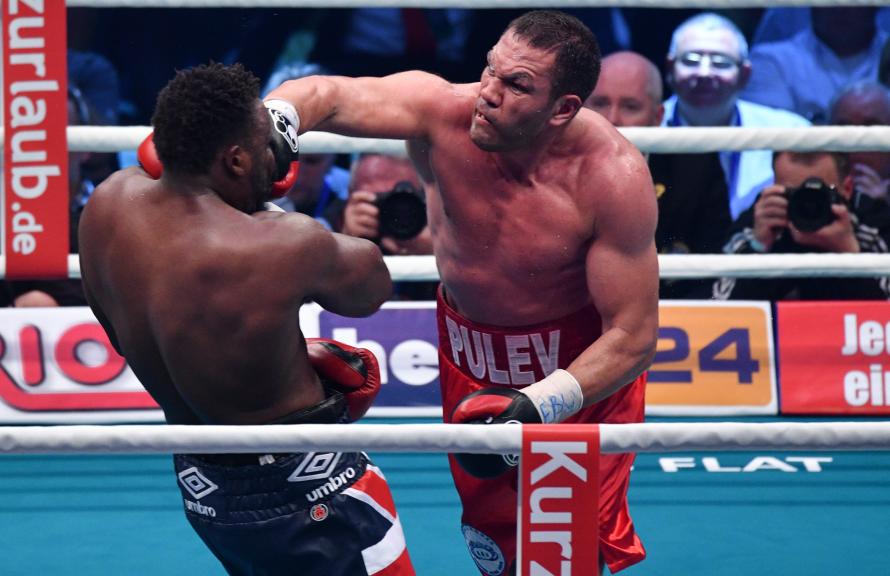 Before Wladimir and Vitali Klitschko held the division hostage for a decade, heavyweight was a primordial soup of moderate world champions and challengers. If he was at his peak in the early-to-mid 2000s, Pulev would have likely been too big and too accurate for skilful but under-sized former IBF champion Chris Byrd. Powerful but fragile ex-WBO boss Lamon Brewster usually came unstuck against traditional European fighters, with Wladimir Klitschko, Robert Helenius and Siarhei Liakhovich all beating him. Long-time WBA king John Ruiz’s awkward, unattractive style would have made for a horrible fight given Pulev’s own clinching proclivities, but it’s a fight the Bulgarian could have won. Hasim Rahman, Corrie Sanders, Shannon Briggs and Sultan Ibragimov all held belts during this period and it is plausible Pulev would have dealt with them too.

Aside from being born too late to make hay in the heavyweight division's forgotten era, another barrier to Pulev receiving wider acclaim is his style. Using his 6’4 frame and long reach to maul rather than brawl, Pulev is rarely in good fights. Of his 29 wins, just 14 of them have arrived by knockout. He has defeated a number of solid heavyweights but has been truly exciting against very few of them. His record makes for better reading than it does watching.

Perhaps Chisora will give Pulev the opportunity to make amends. Titles are surely beyond him now, nobody is paying to see him fight champions Tyson Fury or Oleksandr Usyk. Pulev’s best chance of lifting any sort of belt would be if Daniel Dubois gives him a crack at his questionable WBA ‘regular’ bauble. But if ‘The Cobra’ can wreak an impressive amount of havoc on Chisora, who is known for his exciting fights after all, then Pulev may finally get some love from jaded boxing fans. He is not a great entertainer but he is one of the best secondary contenders of his era. He was just unlucky that his era coincided with that of Fury, Usyk, Joshua and the Klitschko brothers.

pulev 11/8 to win on points against chisora with betfred*