Pep Guardiola moved two trophies clear of rival Jose Mourinho over the weekend after he added another League Cup to his overcrowded mantlepiece, propelling his overall tally to 27 pieces of sparkling silverware, collected in the space of just 10 years in management.

The pinnacle arguably came in Guardiola’s very first season in the managerial arena when the Spaniard, aged just 38, led Barcelona to their first ever league, cup, and Champions League treble. It was during those four years that he ‘redefined the boundaries of how football could be played,’ as noted by Jonathan Wilson in The Barcelona Legacy. Simply put, Guardiola created one of the greatest club sides ever.

Fast-forward 10 years and Guardiola has just created another slice of history, this time in England. Just last Saturday in fact, when he became the first manager to win the domestic treble; consisting of the Premier League, FA Cup, and League Cup.

Guardiola’s next trophy triumph will put him level on 28 with the legendary German manager, Ottmar Hitzfeld. He will then target one of Europe’s most revolutionary managers, Valeriy Lobanovskyi, who ended his staggering managerial career with 29 trophies to his name, three less than Romanian Mircea Lucescu on 32.

Guardiola will be expected to surpass each of the above trio in the next two or three seasons, however the 48-year-old still has some way to go to catch Sir Alex Ferguson who tops the managerial trophy pile by a considerable distance, having accumulated an almost incomprehensible 49 trophies during his time in the dugout.

Unfortunately, the managerial maestros only locked horns twice in opposition dugouts. Both of which came in Champions League finals, and both of which were won by Guardiola.

“In my time as a manager, I would say they're the best team we've faced,” revealed Ferguson after the 2011 defeat. High praise indeed.

Those two Champions League trophies contributed towards Guardiola’s 14-trophy haul during his four years at Barcelona. Add the seven from his subsequent three-year spell at the helm of Bayern Munich, and the six from Man City - so far - and you get a grand total of 27.

From 1974 through to 2013 Ferguson oversaw a gargantuan 2,131 matches at five clubs spanning two countries. The Scot ventured into the managerial arena at the age of 32 with East Stirlingshire, a few years later he lifted his first trophy in 1977 after he led St Mirren to the Scottish First Division.

Ferguson’s achievements caught the eye of Man Utd, a club he actually took a paycut to join, and while it took nearly four years for the gaffer to win a trophy - 1990 FA Cup - come 2013 he’d drawn the curtains on one of the most dominant, successful, and trophy-drenched tenures in the history of the game. It's remarkable to think that during his time in the Premier League alone, he came up against 267 permanent managers. 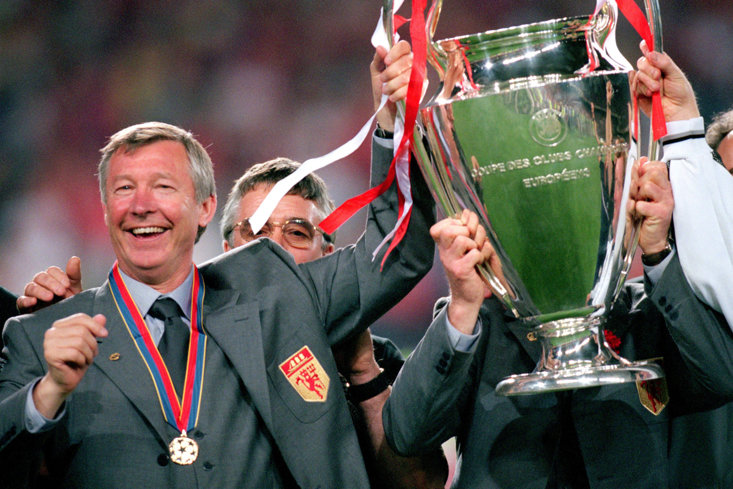 Will Guardiola ever catch Ferguson?

If Guardiola continues to win trophies at his current rate of 2.7 per season then - by this logic at least - it would take him another eight to nine seasons of solid successful management to overtake Ferguson’s haul of 49 trophies. This is, of course, an extremely simplistic way of predicting the course of Guardiola’s next steps.

The Spaniard still has two years remaining on his Man City contract, and providing he stays at the Etihad, you’d back him to hit the 30 trophy landmark in that timeframe. However, he may decide that he wants to have a crack at managing in Italy, or perhaps France, Holland, or even the international managerial arena. But the bottom line is you’d back Guardiola to win silverware wherever he goes. Providing he still has the hunger and desire to manage then he has a cracking chance of becoming the most successful boss of all time.