Football
News
Scotland have never made it out of the group stage at any major tournament
Simon Lillicrap
09:00, 19 May 2021

Scotland have never made it to the second round of a major tournament. Over the years, they’ve come agonisingly close to making it to the knockout stage, but for one reason or another, it just hasn’t happened over the course of history. This summer, at Euro 2020, Steve Clarke’s men will attempt to make history, but first, let’s take a look back at the near misses.

Scotland did incredibly well to reach the 1974 World Cup and it was made even sweeter by the fact that the old enemy England missed out, but it should have been so much more.  The Scots, managed by Willie Ormond, comfortably beat minnows Zaire in their opening game 2-0, but instead of pressing forward, they decided to keep possession to see the game out. It would cost them qualification.

A heroic 0-0 draw against world champions Brazil followed, with Billie Bremner captaining the side, before another battling display saw them secure a 1-1 draw against group winners Yugoslavia. Despite this, their 2-0 win against Zaire saw them go out on goal difference. Brazil beat the African side 3-0, while Yugoslavia scored nine past them.

Scotland went out of the World Cup at the group stage, without losing a single game. 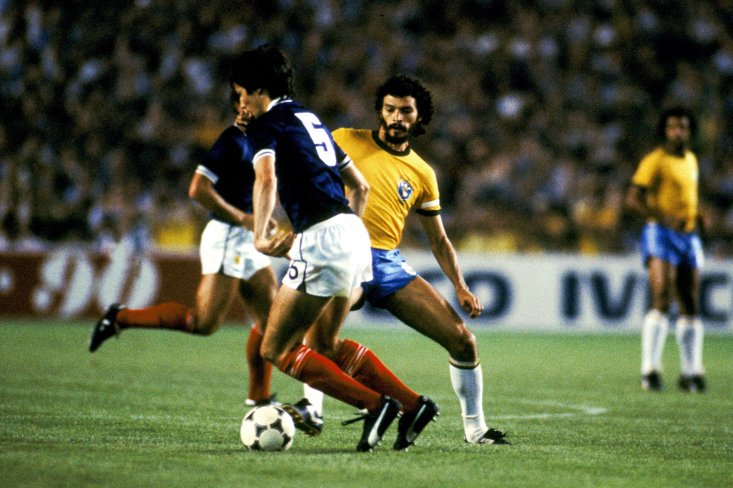 Scotland had qualified well again for the 1982 World Cup but had been placed into the ‘group of death’ which contained Brazil, New Zealand and the Soviet Union. This was arguably Scotland’s most talented side in generations, with Kenny Dalglish, Alan Hansen and Graeme Souness all key components of this side.

They started well too, smashing New Zealand 5-2, but a 3-0 defeat against Brazil put the pressure on their final match. It meant they needed to beat the Soviet Union to qualify, and Joseph Jordan put them in front, before they conceded an equaliser. However, the game and this World Cup is remembered for the late comedic collision between Hansen and fellow defender Willie Miller, which saw the Soviets run through to score. Souness pulled back a goal to make it 2-2, but yet again the Scots were eliminated on goal difference.

This was Scotland’s fifth consecutive World Cup, something that seems almost impossible these days. Now stalwarts of the competition, there was hope that they would finally make it out of the group stage, but that hope was quickly extinguished with a 1-0 opening game loss to Costa Rica.

A 2-1 win against Sweden gave them a slim chance of qualification heading into the final match against Brazil, but they would need a miracle. After battling with the Brazilians for 80 minutes, goalkeeper Jim Leighton fumbled a long range shot that allowed Brazil to take the lead, while Costa Rica scored a goal against Sweden in the 87th minute that ultimately broke Scottish hearts. They had chances, they came close, but it was yet again a stretch too far for Scotland. 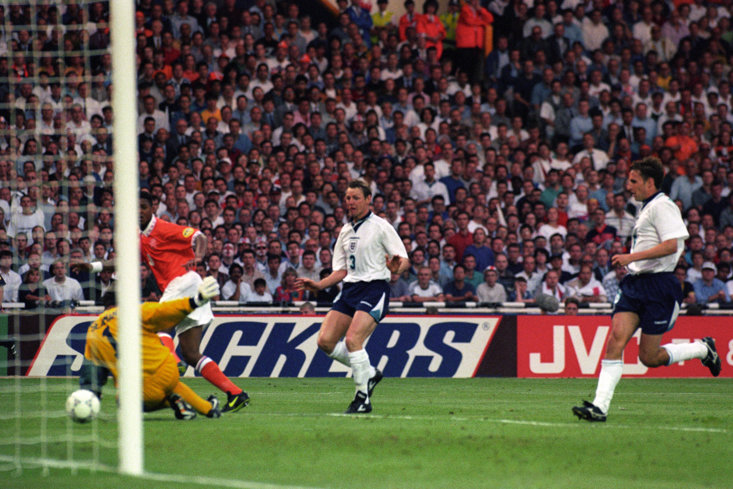 Euro 96, held in England, allowed the Scottish fans to travel in huge numbers. Like this summer, they were drawn in the same group as the old enemy and got off to an excellent start with a 0-0 draw against an exceptionally strong Dutch side. A 2-0 loss to England at Wembley featured a penalty miss and some Uri Geller interference, but was to be expected, which meant Scotland had to beat Switzerland in their final game, and hope England hammered the Netherlands.

Scotland would win their game 1-0 with an Ally McCoist goal, but even better for the Scots, England were running riot against the Dutch, going 4-0 up in one of their greatest ever international performances. As it stood with 15 minutes to play, Scotland were heading to the knockout stage, having only scored one goal!

Both England and the Netherlands only needed a draw to qualify so there was little hope pre-match of Scotland qualifying. But then Alan Shearer and Teddy Sheringham scored twice apiece and the hope had blossomed into reality. It just wouldn’t be Scotland if it all ended merrily. Dennis Bergkamp flicked a ball through to Patrick Kluivert who finished past David Seaman late on and that was that. Scotland were out, not even on goal difference this time, but on goals scored.

It simply doesn’t get any more brutal than that.