WBA light heavyweight champion Dmitry Bivol was superb on Saturday night, elegantly out-boxing previously-unbeaten Gilberto ‘Zurdo’ Ramirez. The unanimous decision win in Abu Dhabi was Bivol’s first bout since his career-defining victory over Saul ‘Canelo’ Alvarez back in May. It caps a banner year for the Kyrgyzstan-born stylist, a twelve months that has seen him go from aficionado’s favourite to mainstream star.

Having made what looked like a stern challenge against an unbeaten former world champion look easy, talk has turned to Bivol’s next move. Often for these pieces there are multiple paths the fighter can go down, numerous potential pretenders to their throne. In the case of the WBA light heavyweight champion though, there are really only two viable options. It seems increasingly likely Bivol’s next bout will either be a rematch against Alvarez or an undisputed championship clash with WBC, IBF and WBO king Artur Beterbiev.

So that’s that, right? Bivol wants Beterbiev and, having beaten an impressive challenger in excellent fashion, he’ll get what he wants won’t he? Sadly, that’s not always how boxing works. In a world where Tyson Fury vs Anthony Joshua and Terence Crawford vs Errol Spence Jr became Fury vs Derek Chisora and Crawford vs David Avanesyan, we don’t often get the fights that make the most sense.

However, unlike those two massive downgrades, Bivol rematching ‘Canelo’ does make sense. After all, Alvarez is still the most famous active fighter on the planet. Eddie Hearn spoke to The Sportsman before the Bivol-Ramirez bout, extollling the virtues of such a fight. While acknowledging his man’s wish to become undisputed champion, he did concede “If Dimtry Bivol is victorious then it’ll certainly open talks between Canelo and Bivol for Cinco de Mayo next year.”

It is true that a revenge mission is at the forefront of Alvarez’s mind. Hearn, who also promotes the Mexican, acknowledged the fact. “It’s certainly a fight that Canelo Álvarez wants as he wants to avenge that defeat.” A consummate promoter, it is likely Hearn sees dollar signs in that scenario. The fighter of this generation avenging his only loss in the last nine years is a compelling storyline for a pay-per-view, after all. 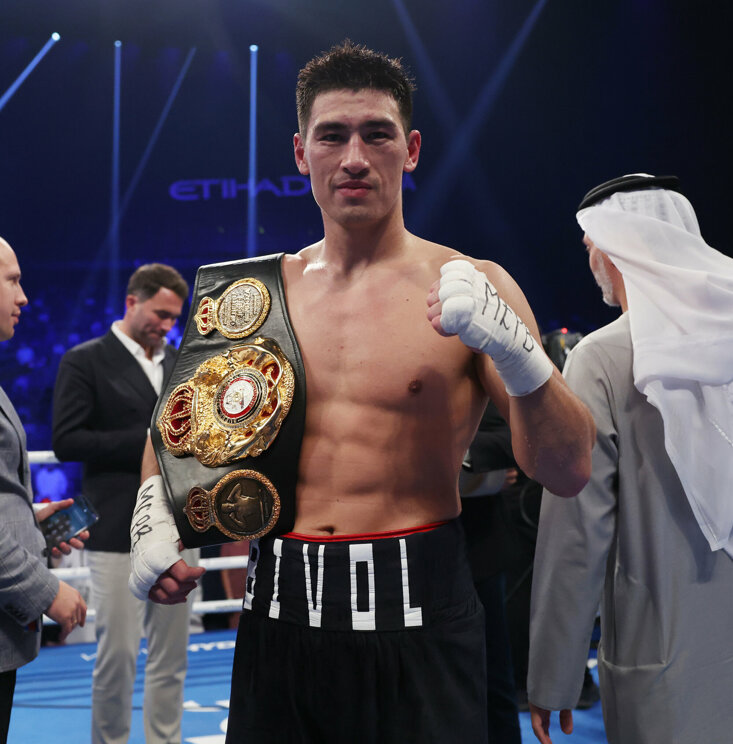 But the benefits of such a fight for Bivol would be purely financial. He beat ‘Canelo’ and beat him well in the first fight. The Russian has spoken in the past of prizing legacy over money and Alvarez’s scalp is already part of that growing legacy. Win again and he will earn scant further plaudits. Lose and it serves to cheapen his remarkable initial victory over the Mexican. Alvarez is the most lucrative option out there, but what is that worth to a warrior who puts his achievements above his bank balance?

Which leaves us with Beterbiev. This fight ticks all the boxes. While the unified champion is not in the ‘Canelo’ bracket, the financial compensation is still sizable enough. Undisputed title fights sell tickets and pay-per-views, after all. Add in the fact both men are unbeaten and this fight becomes a marketer’s dream.

Bivol has shown a willingness to test himself, too. During our chat he spoke of wishing he could go back in time to fight ‘Sugar’ Ray Leonard, saying how he wanted to feel “his combinations on my head”. These are the words of a warrior who relishes pitching his skills against another. In Beterbiev, an 18-0 knockout monster who has never been taken the distance, he would get his wish.

An in-ring challenge, a good (if not ‘Canelo’-sized) payday and the chance to walk out with all four light heavyweight belts while taking another man’s ‘0’? What’s not to like? After all, the 32-year-old ‘Canelo’ is not going anywhere. In fact, a rematch with the Mexican arguably makes more money with the undisputed light heavyweight title on the line. Beterbiev is arguably higher-risk, but it’s definitely higher-reward. Bivol is already in the history books for his win over Alvarez. If he beats Beterbiev, they’ll give him his own chapter.

This is boxing, where nothing can be taken for granted. Despite these being far and away the two best options for Bivol, once could equally see the objectionable WBA cooking up a challenger who’s 34-10 and has spent his career fighting Uber drivers. But given that ‘Zurdo’ was Bivol’s mandatory, that should give him and Matchroom some time to find a super-fight befitting one of 2022’s masters of the sport. Let’s hope they use that time to deliver the four-belt unification we all want to see. Well, all of us except for a certain Mexican great.