Football
News
The two clubs who meet at Wembley on Sunday have won 13 League Cups between them
Conor Keane
08:35, 27 Feb 2022

Wembley Stadium welcomes back a large crowd once again for the Carabao Cup final as Chelsea and Liverpool go head-to-head for this season’s first piece of major silverware in England. The historic cup final is key to both sides for different reasons and it is likely to serve up a thrilling showcase between two of the best sides in the country.

This match will be a repeat of the 2005 final which was played in front of 78,000 at the Millennium Stadium and the heated rivalry between Jose Mourinho and Rafael Benitez sparked one between the clubs situated 225 miles from one another. Chelsea were the winners of that particular battle and that game from 17 years ago is enough to stoke the fire once again for this afternoon’s clash. This final could prove to be significant for both sides with an important final few months of football ahead in 2021-22.

For the high-flying Reds, Jurgen Klopp for all his glorious success at Anfield since he joined in 2015, is still yet to get his hands on a domestic title. The German coach is renowned for his desire to win and this game will be no exception. After thumping six goals past Leeds United in midweek, they closed the gap on Manchester City in the Premier League to just three points, blowing the title race wide open. Liverpool's confidence will have sky-rocketed, and with Mohamed Salah and Sadio Mane both scoring braces on Wednesday, they are set to cause several problems for Chelsea’s backline - and not to mention the two attackers both scored in their last encounter with the Blues.

This year marks a decade since Liverpool’s last League Cup triumph and victory this afternoon will be a record-breaking ninth title for the Reds. They currently share the record with Man City with eight but they have the opportunity to take the record back for themselves. Should Liverpool emerge on top in this encounter, it could have a significant impact for the rest of the season. They are of course still in contention for all the competitions that they are involved in. With the quality and track record of this team, you couldn’t write them off from achieving the coveted quadruple.

It won’t be at the forefront of Klopp and his players’ minds but it will undoubtedly be there, even if it is unconsciously. Each player in that team will have dreamed about making history, not just winning titles in football - and winning the esteemed quadruple would write this Liverpool team into footballing legend. 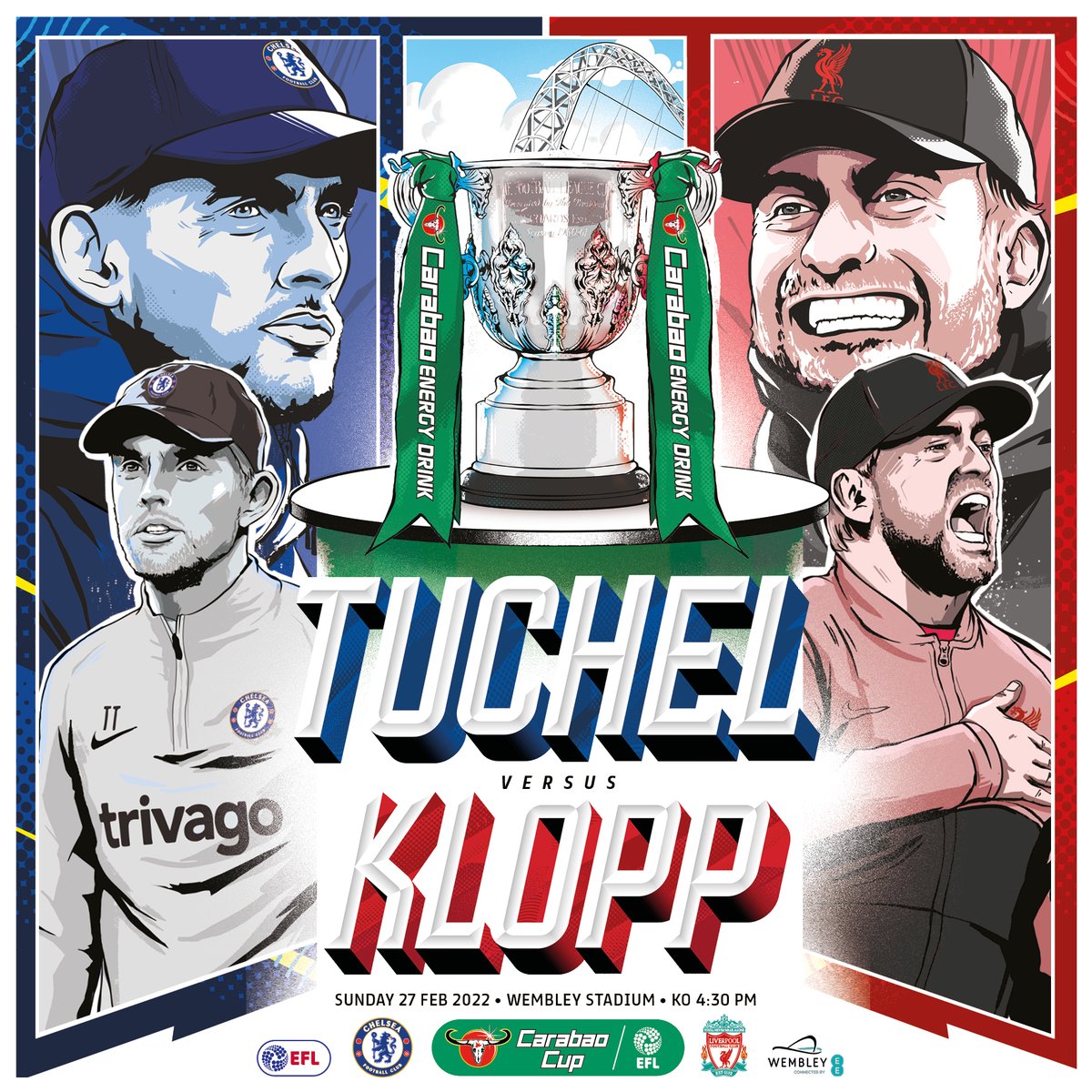 However, the first hurdle for any chance of achieving this immortality will not prove to be easy. Thomas Tuchel’s impact at Stamford Bridge since he joined the club over a year ago speaks for itself. He has made Chelsea European and World champions in the short space of time he has been at the helm and he’ll be hoping to deliver another piece of silverware to continue his fine start to life in west London. While his side’s expected title charge seems to have come to a dead end, they remain actively competitive in all other tournaments and still have a great chance at having another successful season and subsequently lay the foundations for a more consistent title charge in the Premier League next year.

They head into this final off the back of a fruitful night in the Champions League in midweek, having beaten Lille at home in the first-leg of their Round of 16 tie and, like Liverpool, there is sure to be plenty of confidence in the Blues’ dressing room. They may not have as much title success in the League Cup as Liverpool, but with five titles to their name, Chelsea are familiar with the demands of this final. It was seven years ago when they last won the League Cup, back when Mourinho was in charge during his second spell in SW6.

There have been some great games between Chelsea and Liverpool over the years and this one is expected to be another addition to the list, with a gripping tactical battle in store at the home of English football.