Football
News
City come from behind to beat Wycombe, while Liverpool join them in the next round.
Joey Mills
22:33, 21 Sep 2021

Manchester City fans must have been contemplating making other arrangements on Carabao Cup final day for the first time in four years, after going 1-0 down to Wycombe Wanderers. Brandon Hanlan’s opener gave the League One side hope after they had proven tough for Pep Guardiola’s side to break down. Kevin de Bruyne belatedly opened City’s account with a nutmeg in the build-up, and a supreme finish.

Some excellent trickery from youngster Joshua Wilson-Esbrand opened up the space for Riyad Mahrez to put City ahead, before Phil Foden scored an absolute screamer to illustrate the gulf in class. After a shaky start, the home side turned this into a rout in the second half. Ferran Torres had missed a few good chances, but finally got his goal after the break. Mahrez added another before Cole Palmer scored his first senior goal with a confident finish, as the holders won 6-1.

Liverpool enjoyed a comfortable evening at Carrow Road. Takumi Minamino put Jurgen Klopp’s side ahead after just four minutes, catching the Canaries cold. Norwich eased back into proceedings, with Billy Gilmour particularly influential. Daniel Farke’s men won a penalty when debutant Conor Bradley brought down Dimitris Giannoulis in the box. Christos Tzolis had his penalty saved, before Joe Gomez made an incredible block from the rebound.

Norwich had their confidence dented five minutes into the second half, when Divock Origi got up well to head home a Konstantinos Tsimikas centre. Minamino stymied any hopes of a late comeback with a calm finish ten minutes from time to seal a 3-0 victory. 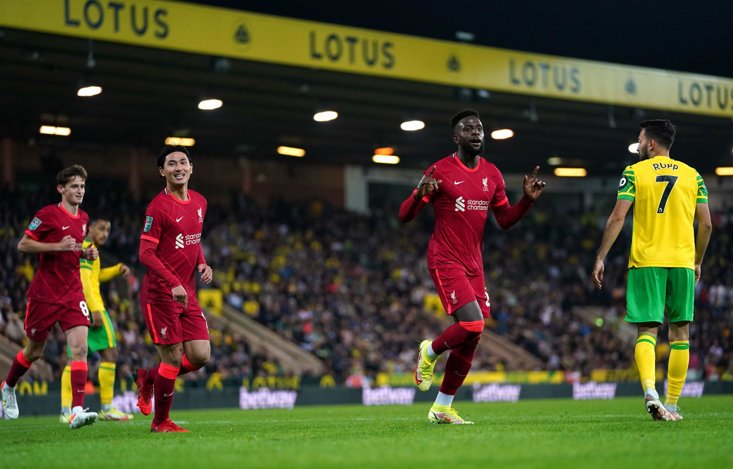 Brentford enjoyed this tournament immensely last season, upsetting four Premier League sides en route to the semi-final. Now in the top tier themselves, they embraced their role as a big side by walloping Oldham Athletic 7-0. Marcus Forss put himself in the box seat for the tournament’s top scorer award with four goals, while Yoane Wissa capped his superb showing with a brace. Raphael Diarra scored an own goal for the other in a truly gutting evening for Oldham.

One of last year’s relegated Premier League sides proved they could still hang with the big boys as Sheffield United drew 2-2 with Southampton in normal time. Enda Stevens put the hosts ahead before Ibrahima Diallo drew level. Mohammed Salisu looked to have saved the visitors’ blushes but Oli McBurnie broke his scoring duck to take the game to penalties. Captain Oriol Romeu was the hero for Southampton, scoring the decisive spot kick in a 4-2 penalty win.

There are three great certainties in life: death, taxes, Charlie Austin scoring goals. The prolific veteran bagged a brace for Queens Park Rangers at the Kiyan Prince Foundation Stadium as they took Everton to penalties. Lucas Digne and Andros Townsend struck for the Merseysiders, as Everton looked to bounce back from their defeat to Aston Villa last weekend. Austin dispatched his spot kick as QPR pulled off the upset 8-7 on penalties.

Burnley were dumped out of this competition by League Two opposition in 2016, losing to Accrington Stanley. There was fears it might happen again when Rochdale took the lead via Jake Beesly at Turf Moor. Burnley’s superior told over the distance however, as Jay Rodriguez netted four second-half goals to spare Sean Dyche’s blushes. 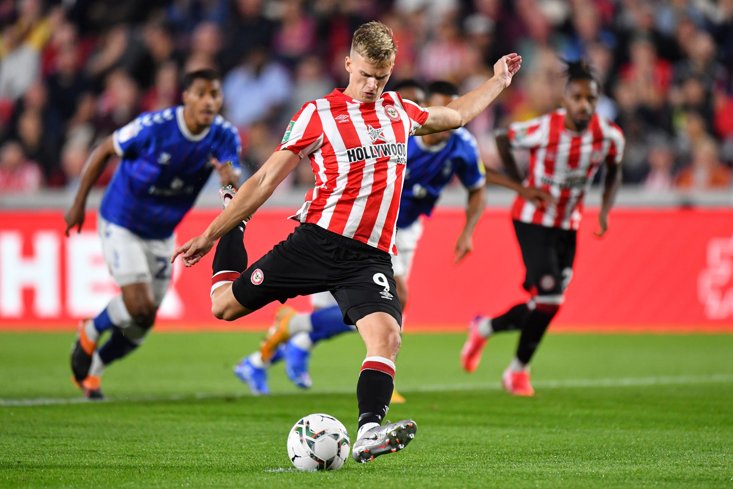 Watford joined fellow Premier League side Everton in the Carabao Cup departure lounge after a 3-1 defeat at home to Stoke City. Ex-Manchester United midfielder Nick Powell opened the scoring, before Ashley Fletcher continued his purple patch in this competition with the equaliser. There were shouts of offside, but the goal stood, taking the forward to five goals in his last five League Cup outings. It would not be enough on this night, as The Potters would score twice more through Sam Clucas and Josh Tymon, to walk out 3-1 victors.

Leeds United managed to narrowly avoid joining them, after a rare goalless game against Fulham. Marcelo Bielsa’s side have not drawn 0-0 since April, but struggled to break down the side who sit second in The Championship. Rodrigo Munoz missed the decisive penalty to send Leeds through to the next round.

In the other games, Preston had to make two first-half substitutions through injury, but still managed to knock out Cheltenham 4-1. In the clash between first and second in League One, Sunderland travelled to the DW Stadium and defeated Wigan 2-0.