Even before the November sacking of Ole Gunnar Solskjaer, two names were on everyone’s lips when speculating on the identity of the next Manchester United manager. Ajax manager Erik ten Hag and Mauricio Pochettino of Paris Saint-Germain have long been considered as the only logical choices for the role. Their current commitments were assumed to be the reason United appointed an interim coach in Ralf Rangnick, rather than a permanent Solskjaer successor. But reports this week have linked a third name with the vacancy, that being current Real Madrid boss Carlo Ancelotti.

The Italian has been reported as harbouring a “long-held ambition” to take charge of the 20-time English Champions. It is understood that Manchester United CEO Richard Arnold made contact with Ancelotti in the last fortnight, to sound him out about possibly succeeding Rangnick. Interestingly, the prospective appointment is thought to have the backing of a particularly influential Old Trafford figure.

Sir Alex Ferguson has apparently recommended Ancelotti for the Old Trafford throne he once called his own. It is quite a leftfield choice, but one that is being given consideration within the corridors of power. However, Ferguson has not always known what is best for United in terms of managerial appointments. David Moyes was his hand-picked successor upon his 2013 retirement. The current West Ham United manager did not last a full season in the Manchester United dugout.

There were also Ferguson’s impassioned pleas for Solskjaer to be given more time. Sir Alex understandably felt loyalty for a player who had rubber-stamped his greatest triumph with that goal at the Nou Camp. But it was clear to all except Ferguson and perhaps Solskjaer himself that the Norwegian had reached the point of no return. Ferguson is the greatest manager United have ever had, but he does not have a good track record of identifying coaches who can replicate what he did.

Stylistically, Ancelotti is an odd choice too. Most pertinently because he does not seem to have a style. The appointment of Rangnick was the first clear sign of implementing a house style at Old Trafford. Solskjaer had tried to make his side play the nebulous “United Way”, without offering enough technical insight to demonstrate what that means. Jose Mourinho and Louis van Gaal both played largely negative stuff that failed to entertain or inspire. Rangnick was supposed to come in and lay the groundwork for a manager to implement an identity at the club. 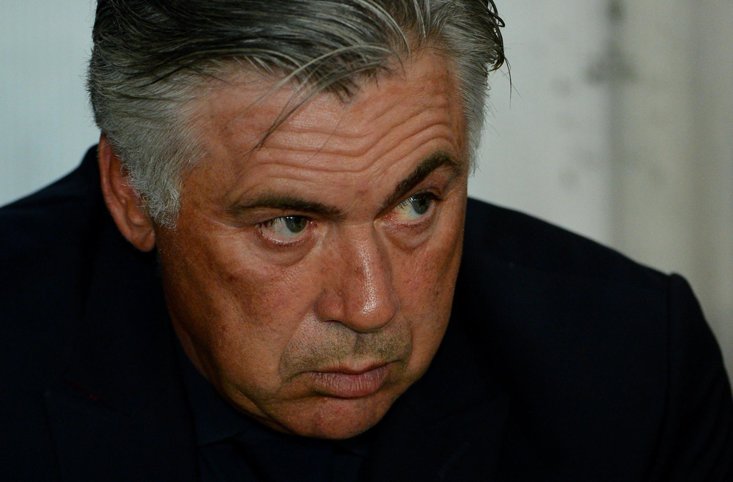 Manchester City and Liverpool have prospered in recent seasons because they have a clear way of playing which they have committed to fully. Ancelotti’s strength lies in adapting to the needs of his players and trying to get the most out of them, regardless of how that shapes the team. An admirable quality for sure, but one United already tried with Solskjaer. The former Molde manager went about appeasing and accommodating star players in much the same way Ancelotti does, and ultimately it spelled the end for this reign. United need a manager that will fit the players into a defined tactical framework, regardless of the name on the back of their shirts.

At any club other than Real Madrid, you’d question why a manager whose team sits top of the league would potentially be available in the first place. At the Bernabeu though, such quirks are as ever-present as the wallpaper. Barcelona’s freefall and last season’s champions Atletico Madrid’s decline means topping La Liga is something of a minimum requirement for Ancelotti. His side’s 1-0 defeat to PSG in the first leg of their Champions League round of 16 tie is thought to have harmed the Italian’s standing. The man who masterminded that victory for the French side is also an important player in this narrative.

Madrid are thought to be eyeing Mauricio Pochettino to replace Ancelotti. It is a long-standing flirtation, and one that the Spanish giants are confident of finally consummating. Pochettino moving to La Liga would eliminate a top target from United’s list of potential coaches, and possibly set off a chain reaction. For all Ancelotti’s undoubted quality, including three Champions League triumphs, it does not augur well for United to settle for a man who could be sacked in order to accommodate one of their original choices.

Carlos Ancelotti is a brilliant manager with proven pedigree. He also boasts Premier League experience, having won the title with Chelsea in 2009/10. But in 2022, the Italian does not make sense as a realistic candidate for Manchester United. His methods fly in the face of the club’s desire to establish a clear tactical identity, while his travails at Everton and Real Madrid suggest his powers are on the wane.