Carson Pickett has made history, becoming the first limb difference player to play for the United States Women’s National team on Tuesday night.

The defender, who was born without part of her left arm, played a full 90 minutes on the left side of the defence in the Stars and Stripes’ 2-0 victory over Colombia in a friendly at the Rio Tinto Stadium. The 28-year-old described her debut as “a dream come true.”

Domestically, Pickett plays for North Carolina Courage, having recently made her 100th National Women’s Soccer League appearance as well as being named in the division’s best XI in June.

“Carson did very well in training for us last week and with the management of minutes for Emily Fox that we had, we felt like Carson would be a good replacement, and I’m happy that she was able to perform well for 90 minutes,” US coach Vlatko Andonovski said.

An own goal from Manuela Vanegas opened the scoring for the US, before Kelly O’Hara sealed the victory 13 minutes from time. It was the second of two games against Colombia as both teams prepare for World Cup qualifying in July. The US will try for a third straight World Cup title next summer in Australia and New Zealand.

Before moving to Courage, she was drafted No. 4 by the Reign in the 2016 NWSL draft following her collegiate career at Florida State. The left-back has also played for the Orlando Pride in NWSL. A picture of Pickett from 2019 went viral which showed her giving an arm-bump to a young supporter who was also missing part of his left arm. 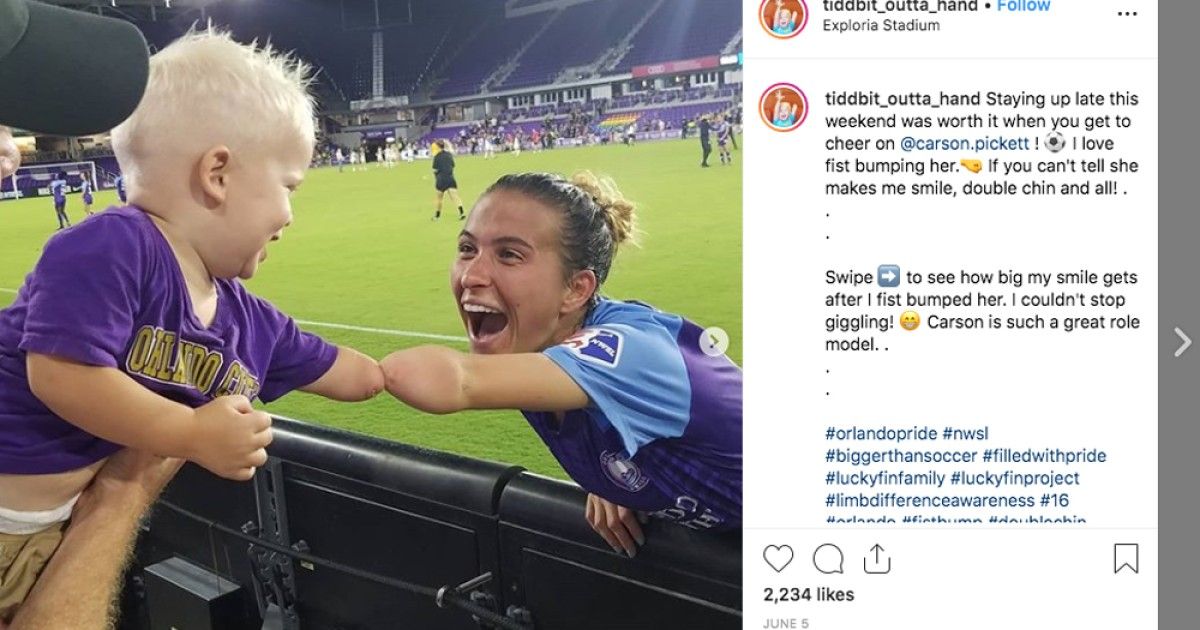