Motorsport
News
Sebastian Vettel suggested that they may have to review the situation moving forward
Jack Porter
10:09, 12 Mar 2020

The Coronavirus pandemic continues to control all but the rotation of the Earth, with day after ominous day bringing more news of the crisis exacerbating, with the world of sport unable to avoid being affected.

The National Basketball Association in the USA is the latest organisation to pull the plug, putting the season on hold, following the positive diagnosis of a player from the Utah Jazz and the announcement from President Trump of new international travel restrictions.

In association football, Serie A in the worst hit country in Europe, Italy, has stopped, whilst the French Ligue 1 and Spanish La Liga will continue to play behind closed doors, as will a number of games in the German Bundesliga, the UEFA Champions League and UEFA Europa League.

The BNP Paribas Open, a major tournament in the tennis calendar, has been postponed at Indian Wells.

This summer’s UEFA European Football Championship and the Olympic Games in Tokyo, Japan are in jeopardy of proceeding as planned.

One event that hasn’t yet completely conceded is the upcoming Formula One season, due to take place across 21 races between March 15 and November 29.

Though the second race of the season in Bahrain (March 22) will be closed to spectators, following the announcement of the removal of the Chinese GP from the calendar, the curtain-raiser in Melbourne for the Australian Grand Prix this upcoming weekend is set to proceed.

And one prominent person who has appeared to condone the decision is the man defending the F1 World Championship title, Mercedes driver Lewis Hamilton.

"I am very, very surprised we are here. It's great we have races but it's shocking we are sitting in this room," the six-time world champion said in the official Fédération Internationale de l'Automobile (FIA) news conference on Thursday (BBC), where the Brit was talking alongside fellow competitors Nicholas Latifi, Daniel Ricciardo, and Sebastian Vettel.

Hamilton, worth an estimated $489 million had a very clear explanation as to why he believed the Australian Grand Prix is still taking place amidst the pandemic: "Cash is king."

Lewis Hamilton
@LewisHamilton
The wait is over. We're back in Melbourne for the first race of the season 🙌🏾 🇦🇺 #AusGP 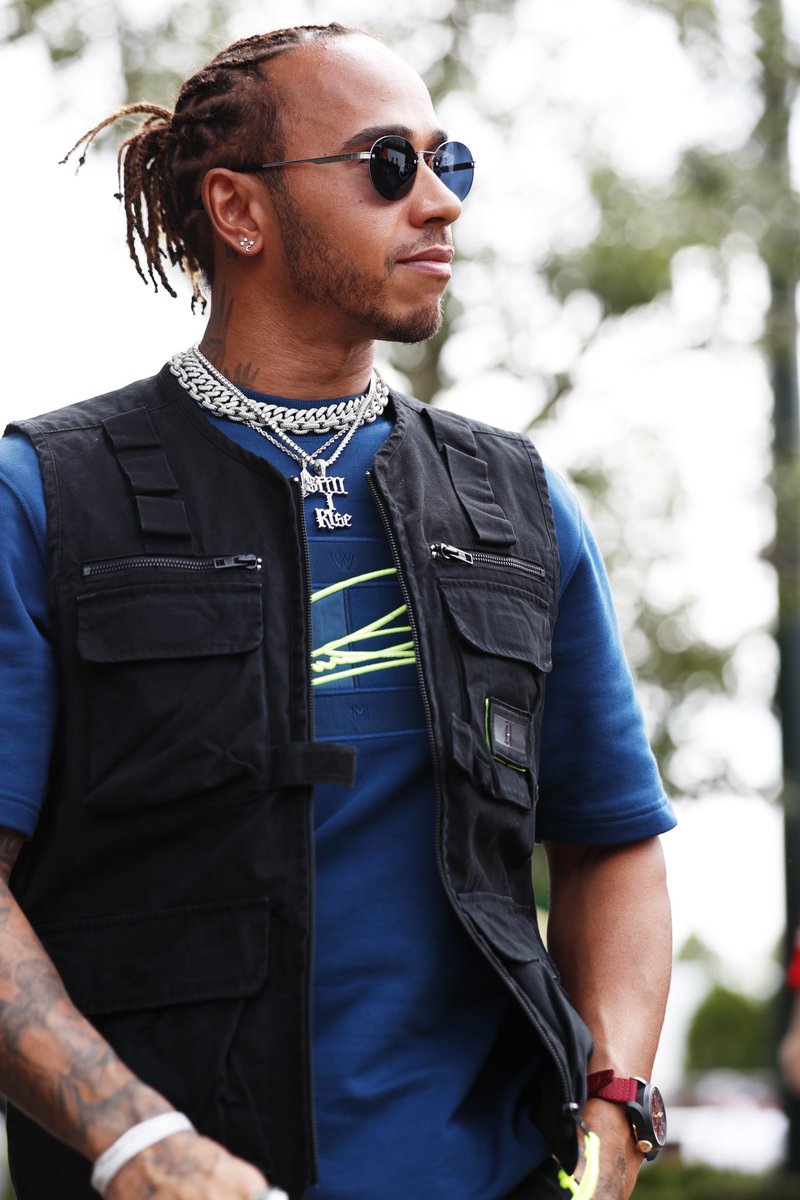 “[There are] so many fans there and it seems like the rest of the world is reacting - probably a little bit late,” added Hamilton, "But we are seeing Trump shutting down the borders, the NBA has been suspended yet F1 continues to go on."

Five F1 team members from Haas and McLaren have already been tested, the speculation that a positive result would make any upcoming race vulnerable.

"It is a major decision but I heard the result is not going to come back for five days - coincidentally.” Hamilton responded. "I just urge everyone to be as careful as you can be - touching doors; I hope everyone has hand sanitiser. I saw all the fans going on like it was a normal day, but I don't think it is. I really hope we go through the weekend and don't see any fatalities."

Vettel referred to the privileged position he and his fellow drivers find themselves in, with the ability to control some level of isolation in their sport.

“To be completely straight, we are probably in a lucky situation, as in, obviously we’re exposed to people and so on, but I think we can largely control our own situation,” the German said (racefans.net), “Obviously, in the car, we don’t even have a passenger."

However when he was questioned whether they would still proceed should the crisis produce fatalities within their sport, the four-time world champion added "My stand would be I hope it doesn't get that far.

“If it gets that far, you'd pull the handbrake."