Friday night throws up a trio of Betfred Super League games, with Castleford and Salford the headline act on Sky Sports Arena.

Leigh and Wakefield will continue their hunt for their first wins of the season against St Helens and Catalans Dragons in the 6pm kicks, available to season ticket holders on OurLeague. 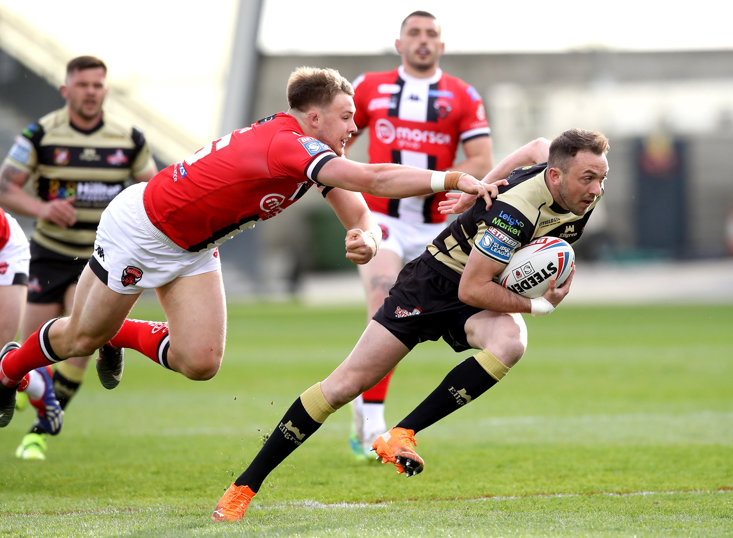 The winless Leigh Centurions have the toughest assignment of the round as they host  double reigning champions St Helens at the Sports Village.

Despite making a strong start in their opening day defeat to Wigan, the Centurions have struggled to keep pace with the established Betfred Super League sides in the opening four rounds.

The additions of Nathan Peats and Anthony Gelling provides some invaluable top flight and NRL experience to John Duffy’s side and Centurions supporters will be hoping that they can bed in quickly, before a large gap appears between them and the rest of the league.

St Helens have undeniably been the strongest side in the league again so far this season, with Ignatius Paasi adding even more aggression and quality to their already formidable pack.

With the Challenge quarter-finals on the horizon, Woolf may be tempted to rest a number of his key players which could open the window of opportunity for Leigh to spring an upset, but the strength in depth at St Helens ensures that there will be no easy game for Centurions, whatever side gets fielded.

Prediction: I expect this to be closer than it would have been if the quarter-finals weren’t looming, but I’m still backing Saints to win. St Helens by 20 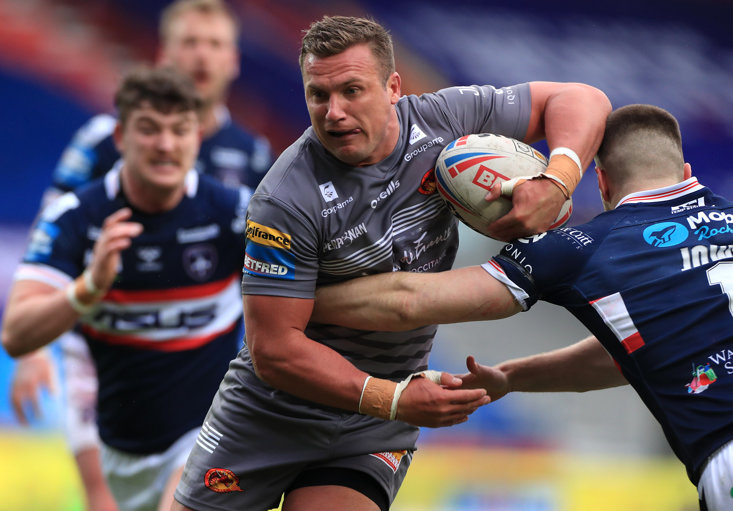 Catalans will go into this game looking to get back to winning ways after losing their unbeaten record to Warrington last weekend; and seeing how they react to a defeat could teach us a lot about the French side this season.

Up until that blip in the South of France, Steve McNamara’s side had looked strong with Sam Tomkins in fantastic form at full-back, and James Maloney also pitching in with a number of strong performances.

The week before, Catalans dismantled an admittedly out of sorts Salford side with ease, and if they can recreate that performance at the Mobile Rocket Stadium on Friday night, they will be confident of picking up the win.

They come up against a Wakefield side who, although still looking their first win, will take some confidence from what was arguably their best showing of the season against Hull FC.

Trinity also have the advantage of being back at their home stadium for the first time this season. Chris Chester will be hoping that the familiar surroundings can inspire his side to finally get off the mark this season.

Prediction: Trinity pushed a strong Hull FC team all the way last week and on home soil I can see them going one better against the Dragons. Wakefield by 8 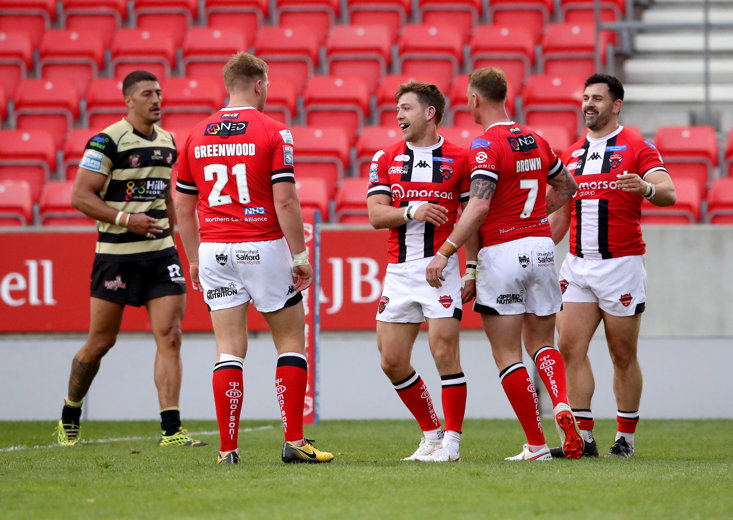 Despite recording their first win of the season against Leigh Centurions, the Salford Red Devils were still uninspiring in large parts of the game, with the squad clearly still adapting to the high number of new signings and Richard Marshall’s way of playing.

What that win may have done however, is lift some of the pressure on the squad, and give them some confidence to play with a bit more conviction and freedom against the Tigers on Friday night.

This game is the first of a double-header for these two clubs who also meet in the Challenge Cup quarter finals next week, and Richard Marshall may be tempted to rest a few players in preparation the competition that represents Salford’s biggest chance of success in 2021.

Castleford suffered their first defeat of this last weekend, but won’t be panicking too much as they kept pace with Wigan for the full 80 minutes.

The Tigers were without a number of key players for that game such as Danny Richardson and Gareth O’Brien, a number of whom should return this weekend for the clash at the AJ Bell Stadium.

It will also be interesting to see how Niall Evalds fares against his former club. The Fullback has been impressive in the first few rounds of the season; and he’ll be extremely keen to put in a good performance against his former employers.

Prediction: Getting that first win will be a monkey off the backs of Salford who will improve again this week, but I still think they will have one eye on the Challenge Cup Fixture. Even at this early stage of the season Cas will be keen to keep up with Saints and Wigan. Tigers by 12