2017 was a tough year for the sport of rugby league in France.

Catalans Dragons, the country’s only full-time professional club, were almost relegated from Super League. Down 6-4 at half-time in the Million Pound Game against Leigh, they rallied to finally secure their top flight status for 2018.

Toulouse Olympique, a French club competing in the Championship, failed to finish in the top four and therefore was unable to fight for promotion to Super League. And Les Chanticleers, the French national team, failed to fire a shot at the 2017 World Cup. Grouped with Australia, England and Lebanon, France didn’t win a single game and finished rock bottom of their group. They had slid down to eighth in the world rankings.

But on Saturday the nation finally had something to celebrate. Catalans upset Warrington 20-14 at Wembley in the Challenge Cup final to make sporting history. The Dragons, formed by the merger of two local rivals and who entered Super League in 2006, had never won a major trophy before. No non-English team had ever lifted the Challenge Cup since its creation in 1896.

That all changed on the weekend. Catalans knocked off the Wolves in London to grab their first silverware and provide a huge boost to the code in its home country. The Dragons received national headlines in France and sent the city of Perpignan into celebration.

It has been 13 years in the making for the club. Catalans have always flattered to deceive, often been Super League’s great entertainers but always faltered towards the end of seasons when the high-pressure games came. The Dragons have never reached Old Trafford, never made it to a Super League grand final. 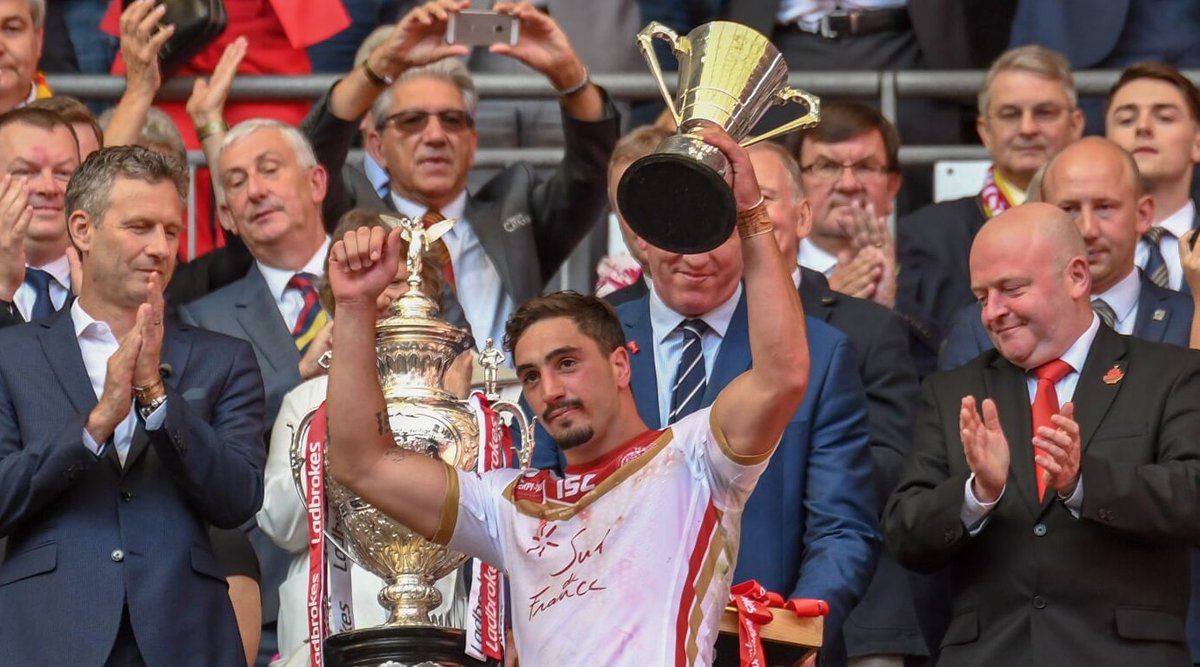 They have always fielded strong teams, had a bevvy of overseas stars, usually Australians and Kiwis like Steve Menzies and Stacey Jones, to call on but never been able to be consistent or deliver when it mattered. Good at home but poor away, they have always been a classic yo-yo side.

But that has all changed with coach Steve McNamara taking the reins. The former England coach has brought in a new culture and reshaped the structures at play in Peppignan. The Dragons have gone from being flashy and exciting, but without substance, to being a disciplined, determined, defensively sound and hard-nosed outfit. They can still entertain when they want to, but now they don’t give in when the going gets tough.

The mid-season signings of Josh Drinkwater and Kenny Edwards have also helped sparked a revival. But it is their French core, their home-bread crew, who have reaped the most benefits. Fullback Tony Gigot who won the Lance Todd Medal on Saturday, was almost rubbed out of the sport for a long time after a run-in with drug testing authorities.

Captain and prop Remy Casty, who has been there for all the good and bad times. The forward pack of Mickael Simon, Benjamin Julien and Ben Garcia, who worked their socks off. The bench players Jason Baiteri, Julian Bousquet and Mickael Goudemand who never stop tackling. Amazingly 22-year-old Goudemand was playing in just his seventh professional game at the weekend.

This historic victory was one for them and their country. This Challenge Cup win can hopefully leave a legacy, not only for Catalans to become proper Super League challengers in 2019, but for French rugby league to build on. To inspire kids in Paris, Lyon, Lillie and Marsielle to try the 13-man code and look up to these history-makers.

For years French rugby league has been crying out for some good news, desperately needing a boost. Now that it has it, it can’t let it these momentum go.