British boxing’s worst kept secret has finally slipped out. Chris Eubank Jr will renew family hostilities with Conor Benn at catchweight of 157lbs at the O2 Arena in London on 8th October. Billed as ‘Born Rivals’, the fight is an obvious attempt to tap into nostalgia. The fathers of the combatants, Chris Sr and Nigel, waged two of the finest British ring wars of the 1990s. Now a new generation of fighters are being used to revive that winning formula.

But beyond the family names, there is further intrigue to be found. This bout is a rarity in boxing. It is a fight where both men are going above and beyond the call of duty and exhibiting considerable bravery in order to make it happen.

The reason for this is the catchweight limit. 157lbs is a weight that favours neither man at this stage in their career. It is highly unlikely Benn or Eubank would be fighting at this weight were it not for the irresistibly lucrative opportunity bequeathed by their surnames. Had Nigel and Senior never met in their era-defining wars, Conor and Junior would be living entirely different existences.

Conor Benn is a career welterweight and a world-ranked one at that. He has recently stepped up in class, taking out a number of ageing fringe contenders with vicious knockouts. But fans have grown frustrated with the 26-year-old blitzing yesterday’s men.

If you had said after his dominant two-round win over Chris van Heerden that Benn would next be seen against a former world title challenger on a six-fight winning streak, such a move would have been welcomed. The fact that Eubank contested world titles two weights above Benn shows the courage involved in taking this fight.

But ‘The Destroyer’ is not the only one taking a giant leap in this bout. The O2 attraction will take place ten pounds above Benn’s weightclass. But it will also take place eleven pounds beneath the super-middleweight mark at which Eubank fought George Groves for the WBA championship in 2018. The weight at which he enjoyed his greatest career triumph, a unanimous decision win over James DeGale for the fringe IBO bauble. 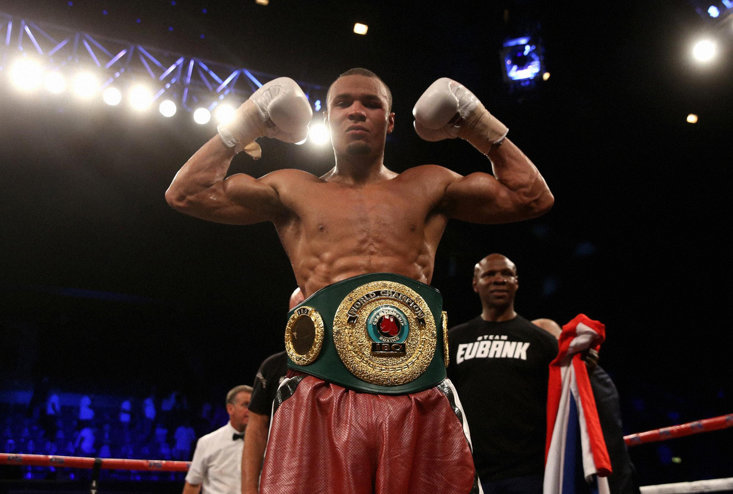 While Eubank has since settled eight pounds lower, in the 160lb middleweight division, he has still never scaled as low as 157lbs. While many feel the weight will favour the naturally bigger man in Eubank, the impact of boiling down to a lower weight cannot be underestimated. Boxing is littered with examples of fighters scaling far lower than their usual poundage and suffering as a result.

‘Next Gen’ would do well to regard the plight of Oscar De La Hoya. ‘Golden Boy’ had campaigned up at light middleweight and middleweight for a number of years, but returned to welterweight for a lucrative showdown with Manny Pacquiao in 2008. The effect was staggering. De La Hoya looked physically pained not just by the slashing shots of ‘Pacman’ but by the immense strain of cutting weight.

Of course Benn is not Pacquiao, and Eubank is not De La Hoya. We likely won’t know how the weight issue will play out until the fighters meet in the middle of a London boxing ring. But for a fight many are dismissing as a mere financial exercise, the weight holds the key to the bravery of the fighters involved. Many observers have seen this as the pair abdicating their world title hunts in their respective divisions merely to put on a circus show. That could not be further from the case. Both are putting a lot on the line here. Benn’s undefeated record is at risk. Eubank’s reputation would likely never recover from a loss to a welterweight. Both men will be well recompensed for their struggle. But that takes nothing away from the fact this is an almighty and brave challenge for both Benn and Eubank.