It’s a classic weekend with the Cazoo Derby and Cazoo Oaks taking centre stage at the famous Epsom Downs in Surrey.

It is fair to say the Derby picture has changed somewhat in the last three weeks after the early trials failed to throw up a seemingly viable candidate to fittingly carry the moniker of ‘Derby winner’, but since Bolshoi Ballet’s win in Ireland, contenders have emerged at a steady rate to provide arguably one of the most competitive and eagerly anticipated Derby’s for many a year.

I’ve mentioned Bolshoi Ballet, the devastating Derrinstown Stud trial winner from Aidan O’Brien’s yard who is bidding for an incredible ninth success in the race, and he heads the market after 19 were left in at the five day entry stage, six of them from Ballydoyle.

There is no arguing with his superiority at Leopardstown, but it is not hard to feel like Bolshoi Ballet has surprised connections as he was given three runs in three weeks as a juvenile for an operation whose M.O. with star quality is a patient approach. The last of them was in G1 company in France when only fifth but the style and manner of his two starts this season mark him down as a solid candidate.

The market could see a big change after Ryan Moore’s nails his colours to an equine mast with support for High Definition over the last ten days suggesting he could be set to ride the Dante third. He was the talking juvenile of the operation last season after a decisive debut win and followed up in the Beresford Stakes, a race Coolmore uses for many of their future stars. 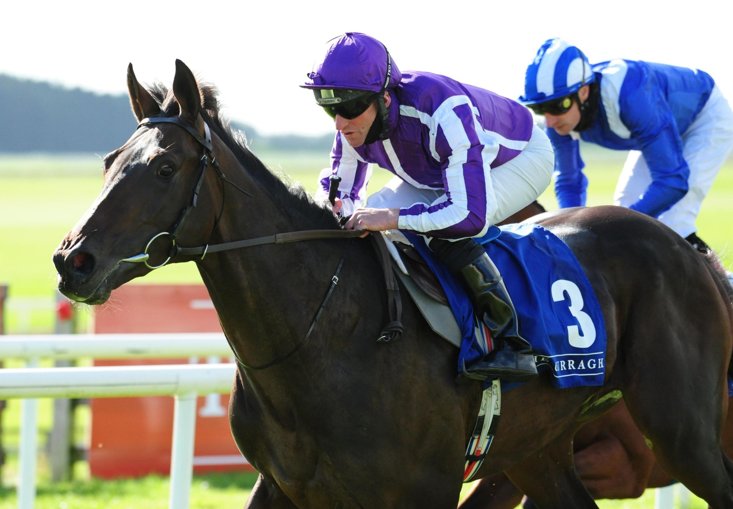 The trainer admits it has been a rushed preparation for High Definition, sentiments like those carried by Japan a couple of years ago who went close to defying them. Not that Ryan Moore always gets it right, O’Brien has won this with big priced outsiders like Serpentine (unconsidered 25/1 shot) and Wings of Eagles (under work rider Padraig Beggy at 40/1) in recent years.

Riding arrangements are still to be known for the above, but the other major powerhouse Godolphin got their ducks in a row on Monday with their three entries.

The unbeaten Hurricane Lane was impressive in winning the Dante at York and his Newbury win is working out quite well too. William Buick has got the ride on him and he arguably looks overpriced at somewhere approaching double figure odds. James Doyle will ride One Ruler after his sixth placed finish in the 2000 Guineas while the operation have moved quickly to snap up the services of champion jockey Oisin Murphy to ride Adayar, who was second in two Derby trials and could be an early candidate for the St Leger in September.

Third Realm won that Lingfield Derby Trial ahead of Adayer and Kyrios and has been the subject of glowing reports at Newmarket for Roger Varian. He is a diminutive colt but will handle the contours of the track as he proved when handling the similar conditions at Lingfield.

Mohaafeth has continually surprised the William Haggas team as he is a lazy workhorse but sauntered to success on the track at Newmarket a few weeks ago. He comes into this race from a different angle, as a rapid improved having run in a handicap first time this season.

John Leeper brings the emotional story into the race and he threw his hat into the ring when doing plenty wrong at Newmarket but still coming out on top. That form ties in closely with Hurricane Lane and is named after the late great dual Derby winning trainer John Dunlop and is trained by his son Ed. He will have a new jockey with Adam Kirby getting the call-up with William Buick claimed by his retainers.

The major players were completed after Mac Swiney landed his own classic success and a second G1 when winning the Irish 2000 Guineas for Jim Bolger. He has been beaten by Bolshoi Ballet already this season but returned with a stuffy nose and he got the better of One Ruler in last year's Vertem Futurity at Doncaster. He may need some juice in the ground as all his wins have come with cut but the forecast is interchangeable this week with showers forecast and the track has received plenty of rain in May so won’t be riding on the quick side.

Good performances from these contenders have pushed the likes of recognised trial winners Youth Spirit and Lone Eagle down the pecking order, but these are still tempting alternatives off the back of wins at around 25/1 and 33/1. The final field will be declared at 10am on Thursday.

Twenty four hours earlier we will know the full Oaks field for Friday with Aidan O’Brien once again holding the key. Having the top two in the market in the Derby is not enough for the Ballydoyle maestro as he saddles the first and second favourites for the fillies’ contest too, a race which he has won a staggering eight times.

Santa Barbara was the talking horse after some very upbeat comments earlier in the year from the trainer. Those quotes saw her price plummet for the 1000 Guineas, but it was asking a lot for this once raced filly to win a classic on just her second start, and the fact she won over a mile as a juvenile would suggest she was always the type for an Oaks. 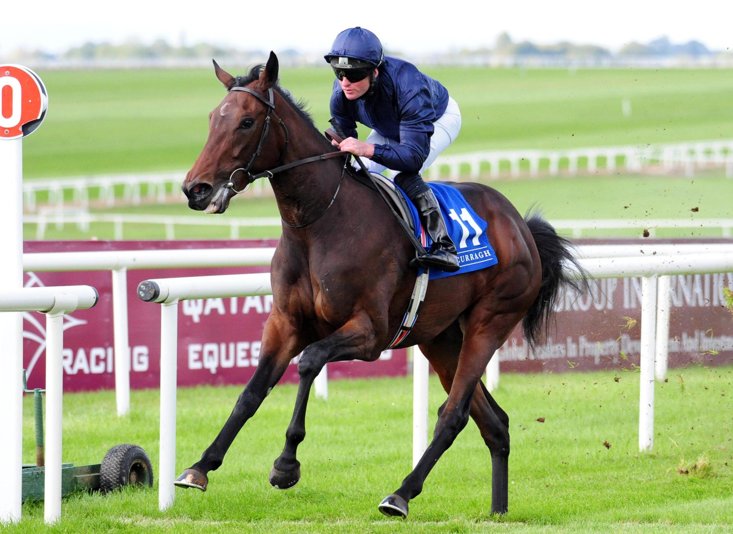 Removing the pre-race hype, she ran a fantastic race to finish fourth for such an inexperienced type and immediately thoughts would have turned to Epsom with her. Quotes of around 9/4 could look decent at around 4.35pm as there is no doubt, like many from the yard, she will have taken a big step forward physically and mentally from Newmarket.

There is no shortage of challengers though, including her stablemate Snowfall. She danced almost every G1 dance as a 2yo and turned the Musidora at York into a procession, galloping clear of the reopposing trio, Noon Star, Teona and Mystery Angel, to spring a 14/1 ‘shock’. Noon Star and Teona had dominated the market that day, but Teona was far too keen on just her third start despite the hood and is another who has been the subject of positive reports from Carlburg Stables recently.

The Varian yard are also responsible for the well-touted Zeeyaadah, who lost her unbeaten record but enhanced her star quality when second to the hardy Dubai Fountain in the Cheshire Oaks. She is half the price of that filly here, but Dubai Fountain received a Franny Norton special on the Roodee and Zeeyaadah travelled much better but failed to reel in the winner. She is more stoutly bred too and will probably reverse that form and give followers a good run for their money.

Do not discount Noon Star. It took her a while to get organised at York and the extra distance will help her. She had Lingfield Oaks winner Sherbet Lemon well behind at Wetherby earlier in the season and Sherbet Lemon had Divinely well behind subsequently. Divinely is another who was given a favourable mention by Aidan O’Brien at the weekend that saw her shorten in the market.

Mystery Angel meanwhile has been supplemented at a cost of £30,000, money that will only be recovered if she finishes in the first three, although she is already an exciting breeding subject when her racing days are done. She will get the trip and was an impressive winner of the Pretty Polly at Newmarket who has had plenty of runs and will handle the occasion. She could run a big race for rookie trainer George Boughey.

As I have said, they are both very competitive classics this weekend and I will be keeping a close eye on ground conditions in the build up before finalising selections later in the week, but I find it hard to rule many out in what promises to be a pair of cracking contests.