Football
News
Ange has walked into a club which has been letting things slide for too long
Kris Voakes
13:02, 29 Jul 2021

“We never stop,” insisted Ange Postecoglou to his Celtic players. “If our movement’s good, our passing’s good, the ball doesn’t stop.” It was his first week working with the squad at Lennoxtown, and a club video showing the Australian at work on the training pitch had fans immediately buying into the new manager.

Less than a month later, Celtic are already out of the Champions League. Wednesday’s extra-time defeat to Midtjylland in the second qualifying round condemned the Hoops to the Europa League preliminaries and sparked the latest stage of recriminations regarding the club’s readiness to challenge for a Premiership title and make any kind of impression on the continent.

Postecoglou’s appointment had initially been met with mixed reviews, and while the sight of him injecting a winning philosophy into his players placated many, his first competitive results have not been positive. But the fall-out from the loss to Midtjylland has gone deeper than first-team affairs. There is an appreciation that Postecoglou is simply caught in the crosshairs, despite him taking a degree of the responsibility in his post-match media duties.

“I take responsibility, I’m the person who has been put in charge,” the 55-year-old told reporters. “We haven’t got players in, I obviously haven’t done a good enough job convincing people we needed to bring people in.

“I’m not going to shy away from it. I don’t say that because I’m some kind of martyr, I just think that’s my responsibility and that’s why I was brought in.”

But others have been quick to get to the bottom of the issue, and that is not at the door of a man who has been in the job for all of two minutes.

“There's no doubt it’s embarrassing for Celtic to go out of the Champions League at this stage,” Chris Sutton told Premier Sports. “I think we all know the reasons for it. The manager has been dealt an awful hand. It would have been a miracle if Celtic had got through to the Champions League group stage. Look at his bench tonight, look at what he had to throw on.

“It’s embarrassing and it’s mismanagement from the top. This isn’t on the manager, this is on the board.”

He added: “[Chief executive] Dominic McKay should be phoning Ange Postecoglou tonight to apologise for the mess he’s left him in. It’s too late but that’s what he should be doing.”

And therein lies the issue. In trying to publicly take the responsibility, Ange also pointed at where the real problem is. “I obviously haven’t done a good enough job convincing people we needed to bring people in” is polite speak for “I need to be backed in the transfer market.”

If McKay and the Celtic board aren’t willing to listen to Chris Sutton, they should at least be paying attention to what their manager is asking of them. And if Postecoglou’s pleas – whether public or private – don’t work, then the talk of potential protests in the stands at Celtic Park will surely give the matter the attention it deserves. 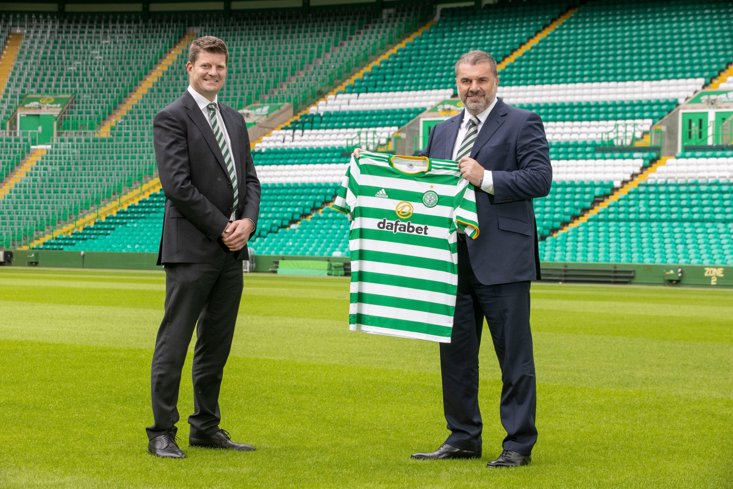 After almost a decade of easy rides to the Scottish league title, and year after year of strolling to domestic treble after domestic treble, Celtic’s decision makers got lazy. There was nothing driving them on as they collected trophies for fun while Rangers were having to make their way up from the foot of the professional league system.

Instead of using the time and space afforded them by bolstering their position for the longer term, they cut costs and corners alike, seeing how far they could leave the club to fend for itself and still win titles. Where was the insistence that a platform was built to ensure that the domestic dominance amounted to more than occasional Champions League group stage returns? And now that Rangers are a serious force again, the chickens are coming home to roost.

Postecoglou will, of course, have to demonstrate that he is taking the club forward on the field at some point. But with a very young squad which has been neglected by the board for far too long, there is only so much the former Australia national team coach can be expected to do without some serious backing from the powers that be.

If Celtic are going to become any kind of a force again in the coming years, they need to begin acting like a big club once more. And the first thing they should do is start giving Postecoglou the support he’s begging for.