Football
News
Rangers won the title but the Bhoys can recover a smidgen of pride
Elliott Bretland
10:00, 21 Mar 2021

The Scottish Premiership title race may be long over but Sunday lunchtime’s Old Firm derby is still a must-win for Celtic as they look to reclaim a slither of pride against Rangers after a nightmare season. Yes, the Bhoys may have won nine titles in a row and dominated domestically during the Gers’ top-flight hiatus but failing to land a tenth triumph after falling 20 points behind Steven Gerrard’s side seriously smarts and will sting for a while yet.

This wasn’t a case of Celtic being pipped on the last day like ‘Helicopter Sunday’ back in 2005 when their defeat at Motherwell after two late quick-fire goals handed the title to Rangers who had beaten Hibernian. The title loss in this campaign had been coming for months.

They have been embarrassed at times this season. They lost at bottom club Ross County and also went down 2-1 at home to St Mirren. Dumped out of the Champions League by Hungarian outfit Ferencvaros, they later lost 4-1 home and away to Sparta Prague in the Europa League and bowed out at the group stage with only four points. It made matters worse that Rangers progressed from their group. Ibrox was full of positivity while Celtic was the complete opposite and manager Neil Lennon resigned in February with large swathes of the fanbase demanding change in the dugout.

This weekend’s clash at Celtic Park gives hope for a little redemption. They have a long way to go to make up for this year’s failings and only wrestling the Scottish Premiership back from Rangers next season will ease their supporter’s frustrations. 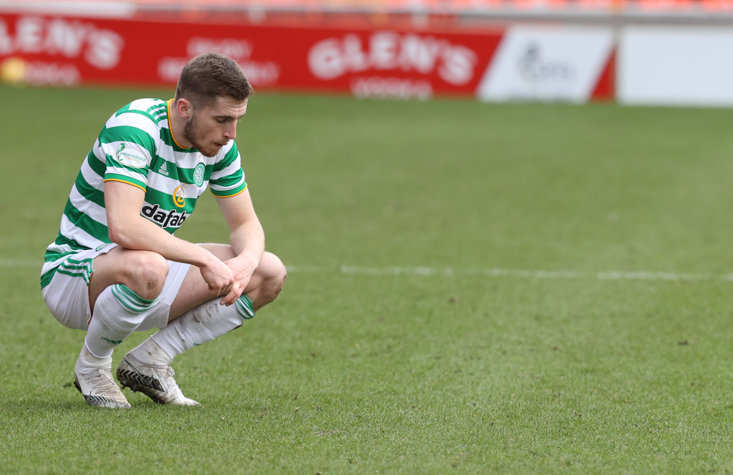 However, on Sunday, a victory would be a good marker to lay down ahead of next season. They can fight and battle for a victory to show and prove they are ready to make amends. Lose, and the pain and humiliation will intensify. Win, and they can give their loyal fans a smidgen of belief that they will be ready for the upcoming challenge in 2021/22.

Caretaker manager John Kennedy, who played for the Bhoys between 1999 and 2009 know what the rivalry means and knows Celtic have to leave it all out on the field. Even though the league is done and dusted, this is still a game of huge significance.

"It is very important to everyone, the fans, the club, the players themselves. Everyone knows what it means," Kennedy told Celtic TV. "It is not, because the league is done, a nothing game, it is a game in its own right, it is a derby match and one in which we want to put things right.

"We know we have underachieved in recent [derby] games, especially the last game [a 1-0 defeat at Ibrox], where we thought it was a good performance and then we went down to 10 men and lost the game. But that gives us confidence that we can impose our style and win the game which is the most important thing.

"We might have lost the league title, but we are certainly not away, we are still striving to get back to being the best team in the country."

"It is a tough season for everyone, especially our fans who have had great success over the seasons. We obviously went into the season with high hopes and we have not quite reached that level.”

Celtic must rediscover their winning mentality and reach that level again or they will be chasing Rangers for a while yet.