European fixtures in July and August tend to be fraught with danger for ill-prepared Scottish clubs - and this season Celtic have avoided the uneasiness and peril associated with games of such financial significance.

Exactly 12 months ago, a hastily cobbled-together Hoops team were bundled out of the Champions League qualifiers by a functional Midtjylland team. Celtic were woefully short of suitable personnel in Denmark, yet Ange Postecoglou was still able to mastermind a rapid response and usher his side from turmoil to triumph.

Guaranteed participation in the Champions League group stages is the golden ticket in Glasgow, and last season's title victory has earned the Hoops direct access to the promised land.

There was, eventually, a hurried frenzy around Celtic’s transfer activity last summer - and it was entirely necessary due to the high turnover in playing staff. Recruitment and results are interlinked, and the overwhelming majority of Postecoglou’s arrivals have made telling contributions.

After building a victorious team from near scratch, the latest recruitment drive was always likely to involve a more measured approach. Cameron Carter-Vickers and Jota played integral roles in last season’s successes, and the pair have joined at considerable cost on permanent contracts. The try-before-you-buy policy has served Celtic well, and they have minimised the risk often associated with big-money purchases.

With north of £30 million heading into the coffers from Champions League participation, incomings rather than outgoings have been the priority. Postecoglou has earned the trust of his superiors, and the swiftness of Celtic's summer business has underlined the boardroom’s faith in the impactful Australian.

Left-back was an area Celtic were always likely to strengthen, and Alexandro Bernabei arrived from Lanús for a fee of around £3.9 million. The young Argentine has many traits associated with a Postecoglou player, but he will require a period of adjustment as he adapts to his new surroundings. Greg Taylor will likely start the season as a first pick. 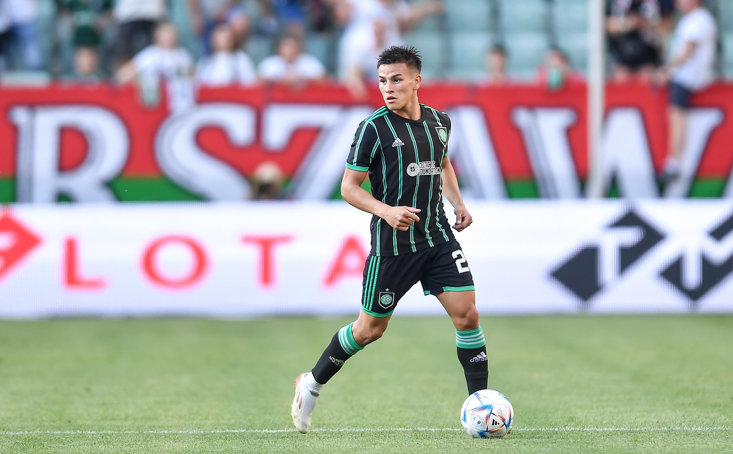 The energetic Daizen Maeda has become a permanent signing, and Moritz Jenz will provide much-needed competition at centre back. Postecoglou has ensured Australian representation on the pitch by bringing in Aaron Mooy - although time will tell if the 31-year-old can still influence proceedings after treading water in the Chinese Super League.

The lack of outgoings highlights the confidence Postecoglou holds in his core group. Fringe players will always come and go, but the nucleus of his youthful squad has the potential to grow together over the next few seasons. Almost all key assets have inked long-term contracts, and only David Turnbull, contracted until 2024, will have to clarify his thinking in the near future.

Celtic will be in pot four for next month's Champions League draw, and they are almost certain to be placed in a blockbuster group. The opposition will be formidable, however it provides them with another opportunity to make a long overdue impact in Europe.

The champions will look to fine-tune their squad in the remaining weeks of the window - and a robust and athletic defensive midfielder would supplement the qualities of the current group. A lack of physicality has hindered Celtic in previous European adventures, and they have yet to address a glaring weakness.

There can be a naivety about Celtic in continental competition at times, and they rarely compromise their style in pursuit of results. Trading blows with European heavyweights will lead to suffering, and a more circumspect approach has to be considered.

Celtic’s domination of Scottish football has been extensive and prolonged. The league trophy has resided at Parkhead for ten of the last 11 seasons - and the champions are favourites to retain their crown.

An unusually light August schedule allows the Hoops time to focus solely on domestic matters before the Champions League makes a welcome return to Celtic Park after a five-year absence.