The Betfred Challenge Cup enters the final furlong this weekend as on Saturday, the two winning quarter-finalists will find themselves just one win from Wembley.

We’ve already had a good look at the quarter-finalists in the earlier rounds and in the Betfred Super League, but Rugby League’s oldest competition is so unforgiving that even the heavily-fancied favourites can suffer defeat.

Saturday is a jam-packed day that sees the 2020 runners up, the Salford Red Devils in action, alongside a replay of the 2017 final in what is arguably the tie of the round as two strong starters, Wigan and Hull FC lock horns again.

These two served up a blockbuster last week in the Betfred Super League and it promises to be another thriller when they meet in the cup on Saturday afternoon.

Wigan came out on top that time around, maintaining their perfect start and inflicting Hull FC’s first loss of the term in the process, so revenge will be high on the agenda for the Airlie Birds.

We’ll also get an immediate second round of what developed into a thoroughly entertaining sub-plot last week with Zak Hardaker and Jake Connor coming to a head again.

The two fullbacks have both started the season in red-hot form, and with the England number one jersey at the World Cup on the line, both players got stuck into each other throughout. It was Hardaker who came out on top on that occasion, can Connor respond this weekend?

Wigan head coach Adrian Lam was dealt a blow as soon as the season started with the news that Jai Field would be out for at least five months, but in his place, academy graduate Harry Smith has announced himself on the big stage with a string of superb performances. 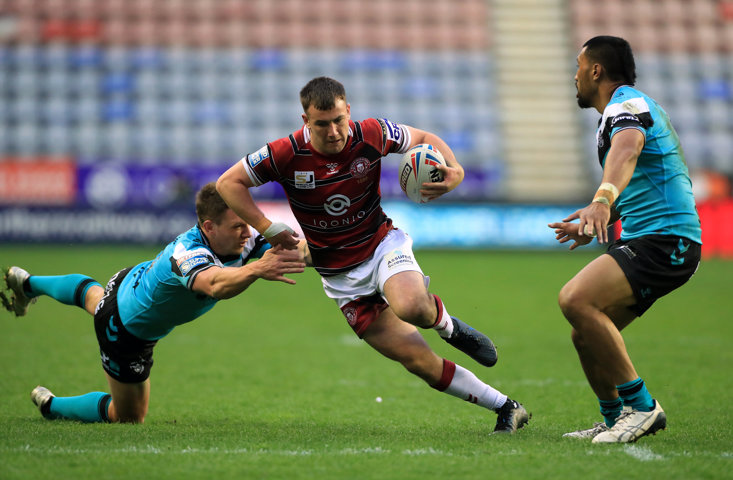 His partnership with Jackson Hastings continues to develop, and Wigan fans will every confidence that he can step into the Man of Steel’s shoes when he leaves the club at the end of the season.

Hull FC have also had their own injury worries in the halves losing Josh Reynolds, but Brett Hodgson will ultimately be pleased with the start his side have made.

Consistency has long been the Achilles heel for the club from the west side of Hull, but they do look a more solid side this time around. I suspect we’ll learn a lot about how true that is on Saturday.

Prediction: This is such a difficult game to call, on current form if you played this fixture ten times, both sides might win five. Given some of the events of the last week, however, Hull FC will be bang up for this, and I think they might edge it. Hull FC by 8

Two more sides who played each other last weekend come to face to face again on Saturday will Castleford and Salford completely the doubleheader on BBC Sport.

Cas continued their strong start to the season, with defeat to Wigan the only blemish on their record so far, and they will surely be targeting the Challenge Cup as the perfect opportunity to send departing Head Coach Daryl Powell off with some silverware.

The Tigers have looked dangerous in the opening few months of the season with their halfback pairing of Jake Trueman and Danny Richardson really starting to bear some fruit, and Hooker Paul McShane showing why he was voted the Man of Steel last season.

It wasn’t their most cohesive performance of the season last time out against Salford, but a strong second-half showing was enough to get them over the line, with Richardson’s boot again proving to be a useful weapon in their arsenal. 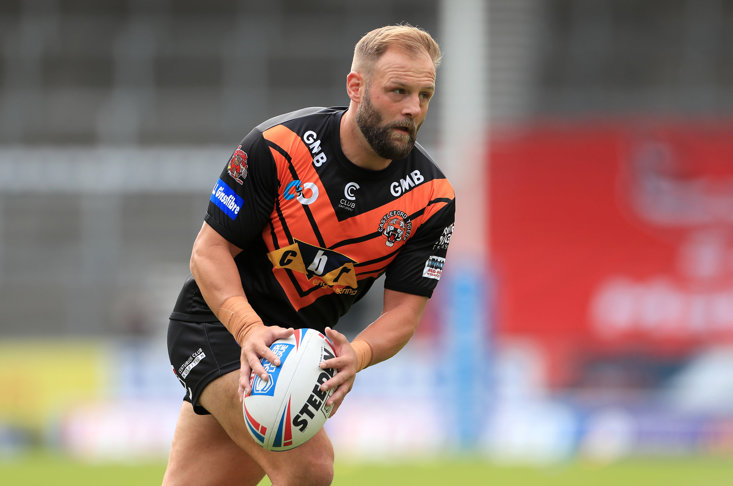 Salford probably put in their strongest performance of the season in that defeat. They stuck with Castleford set for set in the first half and were left to rue their poor discipline in the second with many penalties costing them valuable points.

It’s one of those horrible sporting cliches, but the Red Devils are in a transitional period as Richard Marshall looks to put his marker down on the club, but a win in the Challenge Cup and a space in the semi-finals would provide them with some much-needed confidence after a difficult start.

Predictions: All the form guides and stats point to a Castleford win, but I’m convinced Salford will come good eventually, could this be the game where it happens? Why not? Red Devils by 4